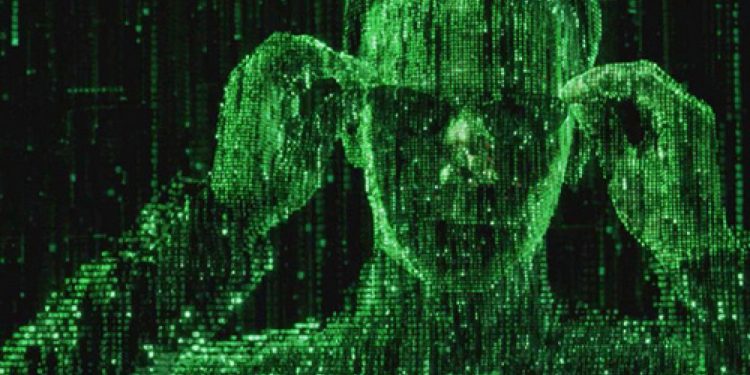 NEO, formerly AntShares, has skyrocketed in the past two months from a price of around $1 in late June to a high of just above $50 with the currency currently trading at around $40.

The East Asia based project dubs itself as China’s ethereum after re-branding recently with a name that seemingly references the Matrix.

And China has been buying it, with much of the trading volumes coming from there. Giving NEO a current market cap of almost $2 billion.

But the currency is somewhat peculiar because although it calls itself a public blockchain, it uses a Byzentine-Fault Tolerance (BFT) algorithm which is usually applicable mainly, if not only, in private blockchains.

We had a quick look at the currency a few days ago and tried to reach one of the NEO team members to better understand how such algorithm can work in a public blockchain setting when it requires some level of trust – which is applicable in private blockchains because nodes are permissioned – but no one was available.

We hoped to get some guidance from the whitepaper, but that document is the strangest “whitepaper” we’ve seen so far. It reads more like a draft wikipedia entry of a high level explanation regarding basic and general blockchain or smart contracts concepts. Rather than a semi-academic paper explaining in some depth how NEO itself works.

So that wasn’t of much help to us either, but a post shared on NEO’s subreddit, now removed by that sub’s moderators, argues that NEO is very centralized. Replying commentators agree, but suggest it will somehow become decentralized. The poster is quoted in full for the record:

“In Neo’s current format it does not exist as a ‘public’ blockchain, it is a private blockchain owned and run by OnChain.

This is because no one can ‘mine’ NeoGas yet (called Validating or Accounting in the Neo whitepaper). All of the validator nodes appear to be set up and run by OnChain because the functionality to nominate yourself as a validator is not yet coded into any of the Neo wallets.

Furthermore, Neo’s dBFT algorithm is incomplete and totally void of public oversight. Neo holders are supposed to have the right to vote for honest Validator Nodes. However just like how you can’t nominate yourself to be a validator you also cannot yet vote for validators because it is not coded into the wallets yet.

In no other major public blockchain can the public NOT be part of the consensus mechanism. As such, Neo should not be considered a public blockchain. Some may argue it is public because you can scan the blockchain but that point is moot if OnChain runs all the validators. As a holder I really hope this functionality comes soon.”

It would be a breakthrough of some kind if it does because solving the double spending problem in a public blockchain with a BFT algorithm is not trivial. So it’s no surprise the “protocol” is currently centralized.

They could, of course, add other ID-ed and AML/KYC-ed nodes to the network, but that may face some considerable regulatory hurdles. Especially as the way tokens were issued seems interesting.

Their “whitepaper” is inaccessible at the time of writing, showing a 404 error, so we had to use Google Cache because we wanted to quote a very important part. Since the site is down, we’ll quote it at some length for the record:

About 10% of the NEO shares were allocated to the early supporters of NEO in June 2014, earning $600,000 in seed funding. Of which 400,000 yuan by a number of individuals after a 5 million overall valuation of investment and 200,000 yuan by the venture capital institutions Ra Li capital after a 10 million yuan overall valuation of investment. Individual contributors also provide all kinds of support in full time or part-time free of charge.

Approximately 17% of the NEO shares were completed in October 2015 for ICO 1 and assigned to the participants, earning more than 2100 bits. Of which about 1,200 bits are from individual investors and about 900 are from a single institutional investor.

Approximately 23% of the NEO will be allocated to participants in ICO 2 launched in August 2016. The ICO does not set the price and ceiling, but the design of the return mechanism, see ICO rules.

The remaining 50% of the NEO shares held by the NEO team, will be in the NEO net after the use of NEO smart contract locked for 1 year. 1-year lock-up period, this part of the NEO will be used to maintain the long-term development of Neo.”

It’s not very clear what NEO shares means exactly. We assume it means the actual NEO token itself. Which suggests there is no mining as such or proof of stake in NEO with the tokens created in a centralized manner where only 50% was distributed.

The set-up might also give them full liberty to create more if they please, with any project that wants to use their blockchain seemingly having to trust whoever runs that one NEO node.

Making it not a blockchain at all and inferior even to permissioned blockchains like ethereum forks or Hyperledger because they usually have a dozens or more nodes run by different organizations which also have considerable reputation combined with an easy means of legal recourse.

So the matrix reference seems to tell us exactly what we expected. An illusionary surface project with no foundations.