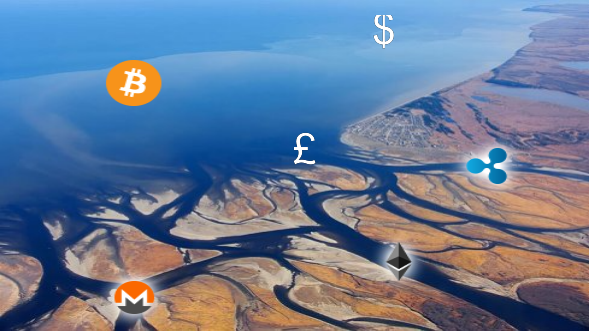 New Data shared with trustnodes reveals strong correlation between falling currencies and interest in digital currencies, like bitcoin and ethereum, for residents of that country.

Investing.com, a global financial portal used by millions of traders and investors around the globe, looked into the top 10 countries interested in cryptocurrency across its platform.

They notices something interesting. The data revealed a trend between failing currencies in every part of the globe and investors turning to crypto for wealth protection.

That applies to rich countries and poor countries alike, with all five of the worst performing currencies for 2017, including Venezuela, Argentina, Belarus, UK, and Egypt, making it onto Investing.com’s top 10 list of countries interested in cryptocurrency.

“It’s been quite apparent over the last few months that Venezuelans are turning to cryptocurrency at an exponential rate as a safe haven for their wealth and investments in their crisis-stricken economy,” a representative from investing.com said, but “it isn’t just Venezuelan citizens that are turning to cryptocurrency amid failing currencies,” she added.

UK, in particular, has seen a considerable rise in digital currency investment following a significant fall in Pound’s value after the Brexit vote.

That sent their currency to near Euro parity, when it used to be much higher. So seemingly sending interest in cryptocurrencies higher too as Brits try to protect their wealth.

The story is repeated in other countries that saw their currency fall, either due to political events or because of falling oil prices.

Correlation does not necessarily mean causation, but the only outlier in the data seems to be Germany. The rest have experienced considerable inflation or a falling value for their fiat money.

Egypt, for example, saw a 56% drop in their  state issued money last year after their government decided to float the currency to secure a bail-out from IMF.

Argentina’s Peso fell 17% against the Dollar, on top of its inflation. While Venezuela’s tragic story is now well known, with the country collapsing after falling oil prices that sent its inflation to 1,000% or more.

Gold is usually a preferred commodity in such cases, as well as more stable currencies like dollars, but many are turning to digital currencies too, like bitcoin or ethereum. Explaining, at least in part, the great spring and summer boom.