Bitcoin,Editorial,News Segwit Bitcoin: 60 Hours and No Confirmation, $60 Fee for One Transaction – Trustnodes

Many bitcoiners are in shock today after finding out that despite segwit’s activation nothing has changed even though the upgrade was meant to increase capacity.

That has not happened, with bitcoiners taking to public spaces to complain about high fees or transaction delays. One of them says:

“Before segwit each transaction fee was around 7 dollars, now its 8? What.” He received a classic reply: “My advice is to stop transacting on bitcoin.” 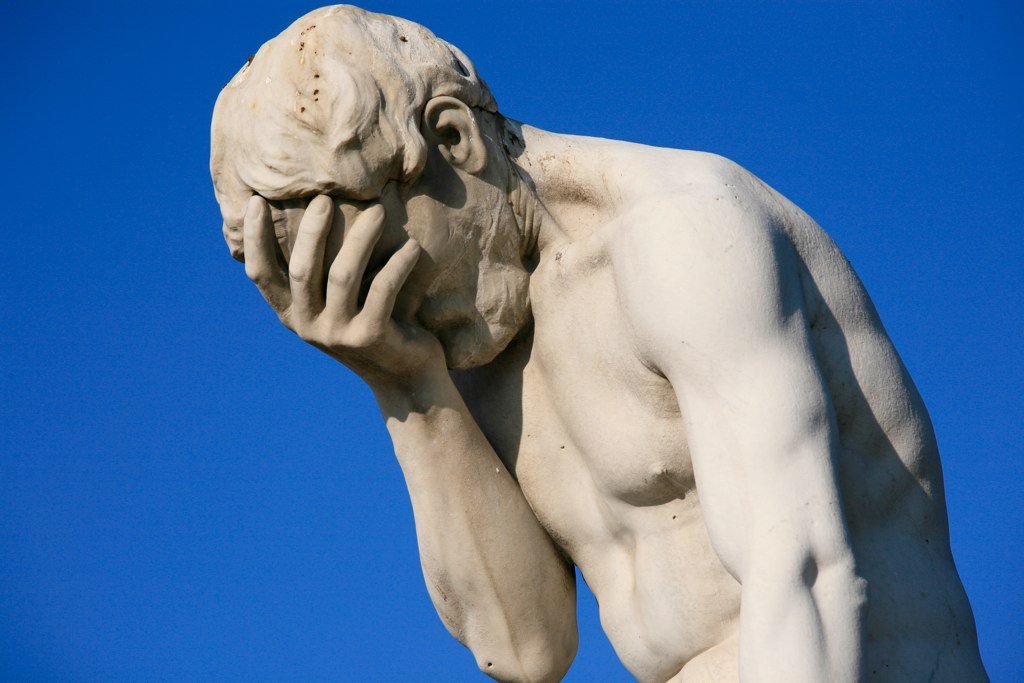 “Now that SegWit has locked in, what is holding Bitcoin back from cheap transactions and quick confirmations? This is the event I’ve been waiting for, but so far it feels like nothing changed. Please explain,” says one bitcoiner.

The reply he received was less facepalmy, but he most probably was very disappointed, perhaps even shocked, to be told the following:

It’s what big blockers told them all these years. Once again, they’re proven right. Segwit won’t increase capacity, they said. The entire ecosystem needs to change their code, people need to use it.

It will take months, they said. Its transaction sizes will be bigger anyway so it might even lower capacity, they said.

And all this time fees will rise, they said. The network will become congested, for some as good as unusable. There will be delays of hours, they said. All of which has come to pass.

Now bitcoiners get to enjoy the effects of a masterpiece that took two years to code, so many “workshops,” plenty of meetings, agreements and breaches of agreements, censorship and banning as well as declaration by some that only the chain Bitcoin Core developers support is bitcoin. This bitcoin:

“Sent a transaction from electrum over 2 days ago using dynamic fees set at the highest they could be set at. Never had a transaction take over 2 days, anyone have any ideas what the cause could be? Or any ideas on what I can do?” A bitcoiner says in a thread titled “60+ hrs, Still No Confirmations.” 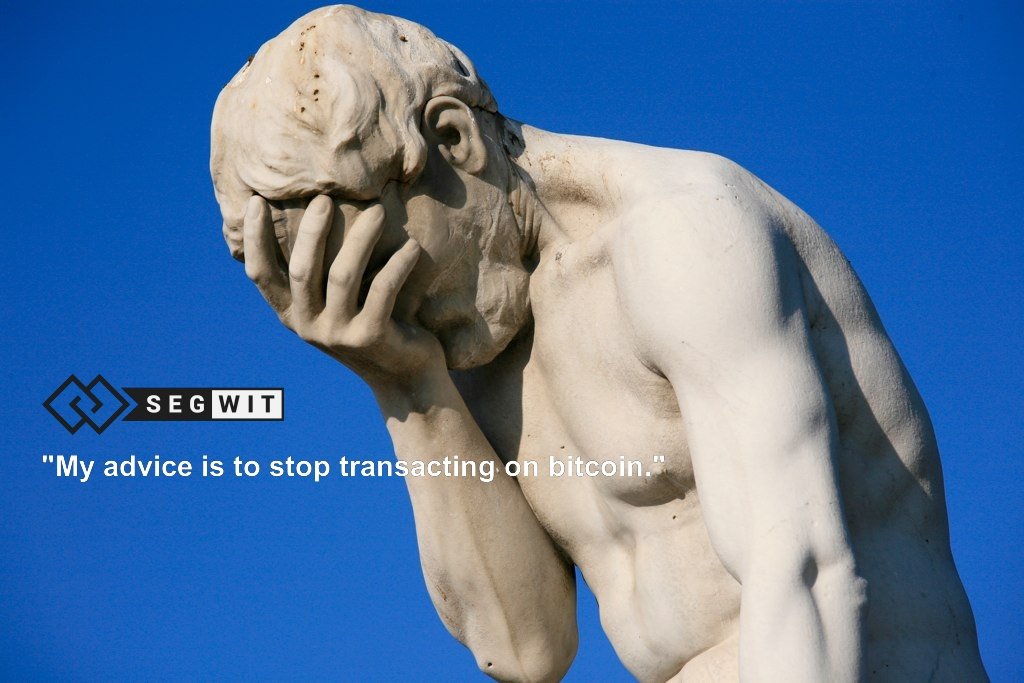 The above advice actually applies in this case because there isn’t anything he could have done since he claimes to have used the highest suggested fee.

It happens at times because everyone else might be using that highest suggested fee or slightly higher or because difficulty changes, or there are no blocks found for some time due to their random distribution which is meant to average 10 minutes, but sometimes it can take an hour.

In some instances, even a high fee leaves you stuck. The bitcoiner above paid $60, but is till waiting for a confirmation some three days later.

The transaction is bigger than usual, but the 50.5 satoshi per byte he paid was the going rate at the time. Now it has doubled, so the poor bitcoiner has his $20,000 stuck.

We can’t imagine the torment he must have gone through all these days wondering if he did something wrong, if the funds are lost, franticly googling how to solve it.

You just have to wait unfortunately until it drops from the queue, which should be around now, then re-send it again with a far higher fee.

Welcome to the internet money. As good as snail mail and as cheap as a 1MB floppy disk in the 70s. Wait, time his bytes into 1MB. Remove floppy disk, enter macbook desktop. Ok, change 70s too, let’s be nice:

You might say the above bitcoiner had too big of a transaction, or his fee was too low, but he is hardly from alone in complaining.

There is a backlog of transactions on bitcoin because its capacity is lower than floppy disks. Even they could handle more than 1MB, a capacity level that is now so useless teenagers don’t even know what a floppy disk is.

So the above bitcoiner is hardly from alone. Here is one who paid a $17 fee to move around $130 worth of bitcoin, making it a 10% fee on top of billions bitcoiners collectively pay to miners in block rewards.

He might have been in a hurry or perhaps he wanted to be really sure the transaction confirms, but his fee isn’t far off from the $4.50 for the simplest transaction and for around $9 for most ordinary transactions.

All of this on the day segwit activates. The upgrade that was meant to increase capacity, or so they were told. Instead, the only thing it seems to have increased is fees.