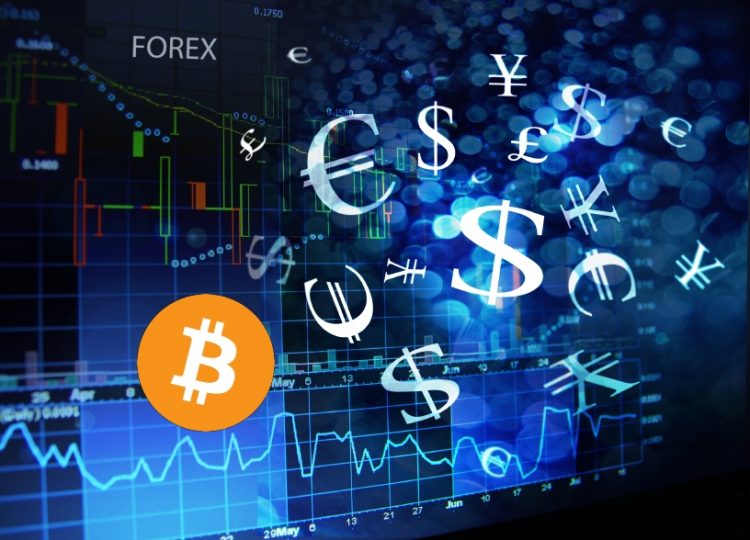 The booming bull market in digital currencies, which rose today to a market cap of $170 billion, has opened a new dimension as global money that can act as a hedge against falls in value of fiat currencies, like dollars, pounds, or euros.

That’s because the cryptocurrencies, traded across the globe, seem to respond to localized movements in fiat currencies, either due to inflation, political events, or economic data.

The dollar, for example, has considerably fallen in value against the Yuan. While previously 1 USD was worth 6.90 CNY, now its down to 6.50:

At the same time, a gap seems to have opened between BTC/USD and BTC/CNY. The former currently enjoys a $100 premium over the latter.

Thus, if during the same period you held CNY, you would now hold less USD in value, but if you were holding BTC, the value remains unchanged, minus any price actions of btc itself.

For any company that makes a living in importing or exporting, the above data may suggest digital currencies, like bitcoin or ethereum, could shelter them to some extent from weaknesses or strengths in fiat currencies.

The fall in dollar’s value against CNY, for example, might make it more expensive to buy Chinese products, but if part of it was hedged against digital currencies, then the value would be retained.

But there is here a different dimension, because the above premium might be explained by country specific factors, rather than foreign exchange movements. Without such specific factors that might be restricting arbitrage, we could expect something like this:

Despite USD’s considerable fall in value against the Euro, bitcoin’s price is nearly identical for both bitcoin pairs. That can be a very useful quality, especially if you are in the importing and exporting business.

Because whether USD’s value rises or falls against the Euro is made completely irrelevant if you are holding bitcoins, so allowing you to buy the same amount of euro for the same amount of USD through btc. While if you were holding USD directly, you’d afford less euro.

Both of these scenarios are interesting because it isn’t very clear which one we should expect in a world where we abstractly remove the price movements of btc itself.

That’s not happening in this case, which means we might be missing something. But the potential for bitcoin or ethereum to retain value while fiat currencies inflate or deflate seems clear.

And it’s not being missed by investors in countries that have experienced currency weakness or even hyperinflation as we reported previously. With a correlation of sorts noticed between interest in digital currencies  and falling fiat currencies.

So potentially turning crypto into a global money of sorts that retains value in fiat currencies regardless of their domestic conditions or price movements in foreign exchange markets.