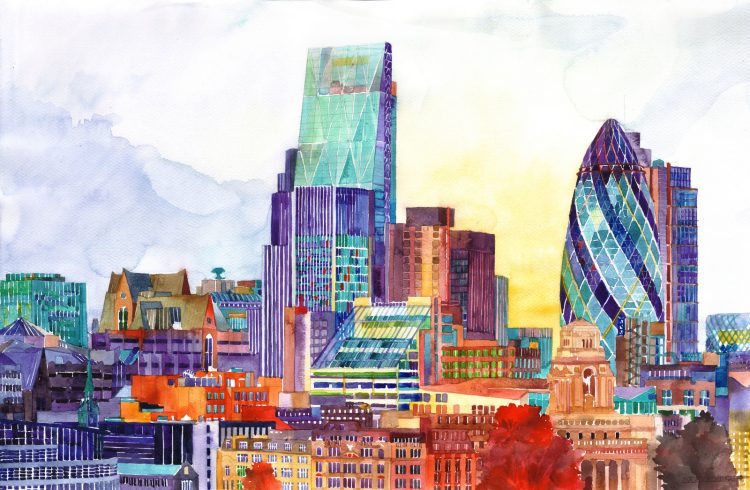 The latest report on UK’s fintech industry by Earnest and Young’s EY, commissioned by the Treasury, paints a sector wide booming picture for this year.

Defining fintech as “the use of innovative business models and technology to enable, enhance or disrupt financial services,” which includes blockchain solutions as well as payments with digital currencies like bitcoin and ethereum, the report says half of 245 respondents “are expecting global revenue growth of over 100% in the next 12 months.”

Average revenue has increased to nearly $7 million, growing 22% a year, while average founding rounds rose to $20 million, according to the report.

The fintech industry expects to raise $3.3 billion in their next round, while 33% of respondents think an IPO is likely within the next five years.

The results are an astounding success for the conservative government which had the foresight to be the first in the world to back this space as far back as 2014. Stephen Barclay, Economic Secretary to the Treasury, said:

“FinTech is fundamentally challenging the way that we deliver and access financial services in the UK. It helps consumers to make more informed choices and to increase competition in our financial services sector. We are committed to supporting FinTech to ensure that we maintain our leading position globally.

We will work to ensure that the UK remains at the forefront of FinTech policy and regulation to create an environment that supports our firms to access the talent and investment that they need to grow and succeed.”

Shortage in talent is cited as one of the key concerns by respondents, especially coding talent. That area remains very new, with the education system not quite adapted to equip youngster with basic coding, like they do with maths and literacy.

However, the sector is growing, with 95% looking to hire up to 50 employees during 2017, while 5% look to hire more than 50. Although most fintechs currently have a headcount of less than 150.

The report doesn’t include ICOs, a new phenomena that is likewise booming, with more than a billion raised this year, while ethereum based tokens have reached a market cap of $10 billion.

Britain has so far been quite on the phenomena, although a public consultation is underway. It remains to be seen whether they will show the same foresight in this very new field, which is coming under some pressure following China’s ban and SEC’s judgment.

China will probable change course, while the recent shake-up at the SEC may lead to a more nuanced policy towards ICOs, but Britain has an opportunity to re-enforce their leading status on the regulatory front.

Whether they will, time will say, but a global forward looking Britain with beaming confidence after Brexit ruling the digital waves might perhaps become the rhyming music of our time.