Europe at Crossroads as Estonia to Lead EU’s Fintech Summit 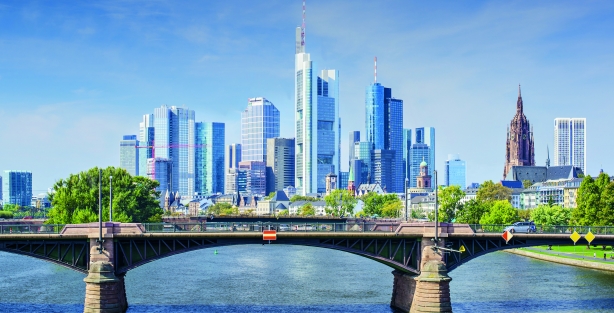 Europe’s finance ministers are to meet this Friday in Estonia’s capital, Tallinn, to discuss their EU wide strategy towards the booming Fintech sector in light of Britain’s exit, reuters reports.

They are to discuss rule changes and flexible regulations to favor start-ups and alternative businesses according to a paper prepared for the event by Estonia.

The paper argues Europe’s Fintech is dwarfed by rivals such as China, which has a $100 billion Fintech market, and US, with $30 billion. On top, EU’s fintech market is growing more slowly, Estonia will argue.

EU’s fintech market is mainly concentrated in London, where it is booming with $3.3 billion expected to be raised this year according to a recent report by EY.

Britain’s exit may leave the continent at a disadvantage, therefore Tallin is pushing for co-ordinated EU wide regulations to facilitate cross-border expansion.

That would make Estonia’s e-residency programme more appealing to British and global fintech businesses which may wish to access the EU market by establishing their business through e-residency.

That program further aims to create an ethereum based token and ICO, which could ignite Estonia’s economy as the country taps into some of the wealthiest global investors and entrepreneurs.

However, the president of Europe’s Central Bank, Mario Draghi, has shot down their plans, unequivocally stating that “no member state can introduce its own currency.”

This gathering of Europe’s finance ministers may be Estonia’s response, as the tiny but rich country – which holds the title of the most technologically advanced civil service – takes the initiative of leading Europe as far as fintech is concerned.

The outcome of this meeting, therefore, may be key to a complex global picture that has developed in recent months as far as this space is concerned.

No country, except Estonia, stands out within EU proper, with Switzerland so being out of the union. The continent is far behind in all aspects. Except one, some of Germany’s private industry enterprises are ahead of probably any other in the world.

That gives Germany a competitive edge where blockchain’s industrial application and its interrelation with digital currencies is concerned.

However, we have not heard much from them at a somewhat senior level. Moreover, Draghi’s comments threw a spanner in the works, with the continent’s approach now uncertain to say the least.

That places not just them, but the entire world, at a crossroads as Germany, once again, holds the keys in multiple dimensions to a fast changing global picture.

Raising the question of whether they stand with the free millennial generation this time, or once more fall back to their authoritarian tendencies. A question that may dominate Europe in the coming months and perhaps years.

There are alternatives if the latter is followed. Britain could rise to lead its own European Union, forming an alliance with innovative nations that have shown great foresight, such as Estonia.

But whether the former empire has any such ambitions is unknown. However, what may become known is that this space, due to its global nature, might willingly or unwillingly be dragged into complex global geopolitics as nations and continents strategically position themselves.