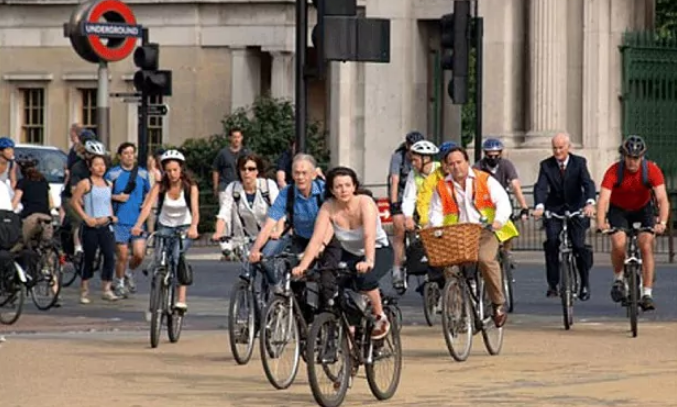 Researchers at Massachusetts Institute of Technology have announced a Proof of Concept (PoC) prototype to lower traffic congestion by motivating cycling through an ethereum blockchain based financial incentives system that employs smart contracts for rewards.

The researchers state urban population is estimated to double in the next few decades, with cities becoming dense and congested. Yet 76% of journeys are in single occupancy vehicles, with half of all trips standing at less than 3 miles, an easy distance for cycling.

They further cite the many benefits cycling provides, therefore governments, insurance companies, or local businesses, could sponsor incentivized cycling by employing new technology, such as ethereum smart contracts and sensors.

“The technical implementation of this system uses GPS tracking and a blockchain database to allow cyclists to redeem their cycling activity for financial rewards. The blockchain database facilitates anonymous payments between cyclists and sponsoring organizations,” the researchers say.

Explaining in more detail the ethereum blockchain set-up and its interaction with smart contracts functionalities, the MIT researchers state:

“Central to our project implementation is an Ethereum blockchain, which provides a mechanism to execute logic and manage node interactions via smart contracts. Embedded devices (e.g. bicycle GPS sensors) run power- and spaceefficient light clients while the desktop hardware operated by sponsoring organizations run full clients. Nodes share a blockchain database and communicate over the blockchain. Each system user is represented by an instance of a smart contract, which encodes and executes the logic of the financial incentives program.”

The above is integrated with GPS which collects “cyclists’ activity data and connect to the blockchain network over a cellular connection.”

The sensors are powered by two battery packs with a generator affixed to the bicycle wheel which recharges the batteries when the bicycle is moving.

In this way, you can tell just how much activity the bicycle had during a specific time period and thus accordingly automatically pay the cyclist.

It’s unclear whether this can be gamed. You could, for example, easily move in motion the back-wheel by hand. But an easy way around that would probably be to place a sensor on both wheels, making it far more difficult, if useful at all, to move both wheels by hand.

This fairly interesting idea is at a testing and prototype stage with further work required to reach a finished product, with the project aimed at a market that is considerably growing in popularity, especially in big cities such as London and New York.

As well as that of governments which have a nationalized health service, such as Britain, as the health benefits may far outweigh any costs.

Finally, companies themselves may wish to trial blockchain powered incentivized cycling for their workforce, both as a perk and to encourage their employees to be healthy.

We’ll therefore wait and see how this develops further as the interaction between the internet of things (IoT) and blockchain technology starts to become a reality.