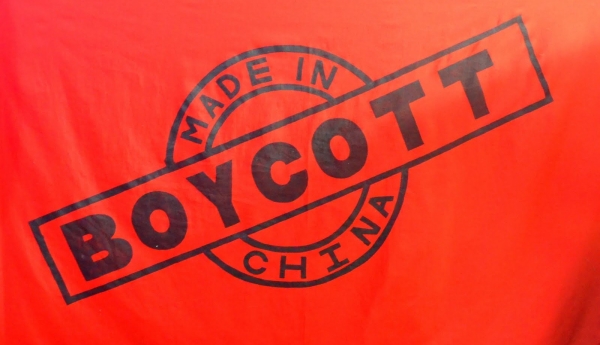 The authoritarian Chinese government has taken the unprecedented step of closing down exchanges, with the situation around OKCoin and Huobi remaining somewhat unclear at this stage.

Reports suggest they have been allowed to continue until the end of October, then they are to shut-down, but the “specific program is still under study.”

Other exchanges are closing at the end of this month. BTCC, ViaBTC and Yunbi have confirmed they are ceasing trading operations. Other smaller exchanges will likely follow.

The Chinese people may have little say, so lacking freedom of speech, of association, as well as true freedom of private enterprise, but we do have much say.

And we can not stand by in silence while they are sent out of business, or be complacent while the authoritarian state engages in a direct assault against this space.

It is our position that any talented blockchain developer from whatever part of this space should with-hold their skills from any Chinese citizen or Chinese private enterprise, especially if they are in any way state connected.

We have nothing whatsoever against Chinese people or private enterprise. But they must understand, just as their government leaves them with no choice, it might leave us with no choice either.

Nor do we have any nationalistic tendencies or anything whatsoever, we simply believe this is a direct assault on this space and should be responded in kind regardless of whatever government so chooses to engage in it.

We stand with the Chinese people and their fight for economic freedom and the way we stand by them is by boycotting so that their government is given a clear message.

This is a global stage. You can not act unilaterally, unaccountably, very suddenly, without a hint, very much in secret, without yet an official public statement on the matter.

Nor can you expect us to stand by while you close your imports at the same time as retaining open your exports. So taking our $2 billion we give to your miners while giving nothing whatsoever in return, not even access to your market.

That is a protectionist measure by the book. A mercantile tactic that belongs to centuries long gone. It is an engagement in a zero sum game. Outright cheating, in effect, so gaining at our expense.

We know where those tactics have led before. Our grandparents, and for some even our parents, fought in the 20th century global wars. Something we, and we hope China, wants to avoid at all costs.

And if that takes boycotting the country, while standing with its people, then so be it. If it takes checking the label and preferring other goods, then that’s a small inconvenience to send a message to this authoritarian states that the rules of the game are different at a global stage.

And if it means pressuring our multinationals to stop propping up this authoritarian government, then perhaps their sudden unexpected banning of crypto-exchanges might have a silver lining.

Because peaceful China must be so not just in words, but in acts. Their sudden unexpected ban, without even a hint, shows a very ugly face. And while connections might improve if they allow OKCoin and Huobi to continue, they would still be frosty at best.

China, open your market, or we’ll close ours in turn.

The Dawn of a New Era

Are We Facing a New Cold War?