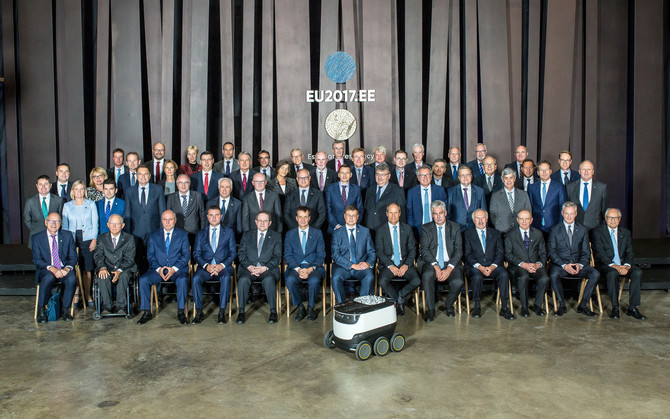 Vice President of the European Commission, Valdis Dombrovskis, stated blockchain technology holds even greater potential than mobile payments, peer-to-peer lending, and online investments in remarks at a press conference in Tallinn where EU’s finance ministers have been meeting to discuss their fintech strategy.

The former Prime Minister of Latvia, who is now second in charge of the European Commission, stated “ministers agreed that Europe should support the development of FinTech sector, emphasising the importance of technology neutrality.”

It’s unclear what the VP means by “technology neutrality.” That’s the first time we hear that term used in an official context by any authority and echos Vitalik Buterin’s statement that Ethereum follows an ideology of “political neutrality.”

The VP further stated they are looking into “EU-wide enabling legislation for crowdfunding and peer-to-peer lending.” A nod to ICOs perhaps, but details were lacking, with the VP generally stating they were looking to allow companies to “increase the scale and facilitate cross-border activity in this rapidly growing sector.”

The Commissioner stated they were working on a FinTech Action Plan, emphasizing that fintech should not be ‘regulated to death’ in applying existing rules to this very new and innovative field.

The ministers further discussed taxation reforms so as to “take into account new business models and the digitalisation of the global economy.”

A wider theme of the meeting is centralization of power in Europe. After the Greek crisis, it has become somewhat self evident that the Euro area needs to be merged, forming in effect a single continent wide financial and banking system.

The finance ministers have proposed the “possible creation of a European Minister for Economy and Finance.” Suggesting national euro states need to give up considerable sovereignty on the matter of money.

Which is what may have promoted this summit, seen by some as Estonia’s response to ECB’s comments that they could not launch an Ethereum based ICO and token to serve their 20,000 and growing e-residents.

There was a hint towards that program, with taxation reforms seemingly also having in mind “virtual permanent establishments.” Something Estonia allows through its e-residency program which permits the establishment of a business in EU.

But actual details can’t really be expected at such fairly high level meeting. The tone, generally, appears supportive, with a tang of urgency to catch-up with their US, UK and China counterparts.

Moreover, this philosophy of “technological neutrality” appears very interesting as it seems to preempt any ideological position against innovation, with a focus on practicality.

It remains to be seen whether Europe can stand by that term. With the first test being Estonia’s approach towards their Estcoin ICO in light of recent developments.

If they do go ahead, then the old continent, so often in the background, might grab attention and front stage. If they don’t, then what is probably the world’s biggest economy EU wide might keep falling behind as far as this decade’s newest innovations are concerned as the flattery words are shown to be empty.