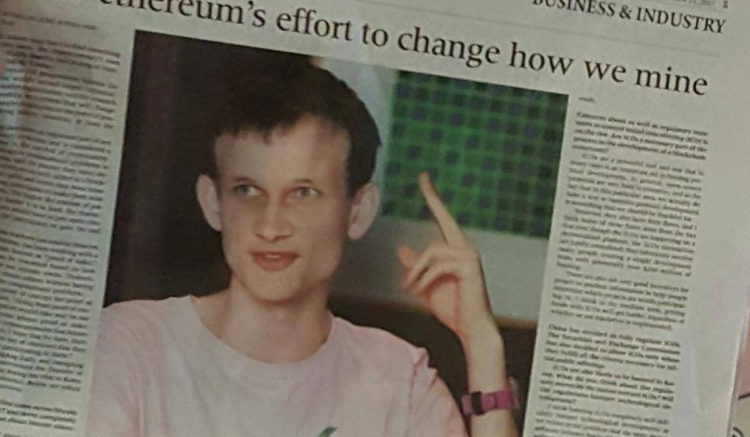 Ethereum’s biggest upgrade so far may be ready as early as 2018, Vitalik Buterin, ethereum’s inventor, said in an interview with one of South Korea’s biggest daily.

Vitalik further stated that he had to reduce his role in ethereum development as the team was getting bigger and “others are making many of the fine and detailed decisions in protocol upgrades such as Metropolis.”

However, he is still leading efforts regarding the most complicated, and perhaps important, aspect for ethereum, scalability. He says:

“I am still leading the research effort that is working on proof of stake and sharding, but this team also is now getting bigger.”

He further estimates the majority of scalability issues will be resolved within 2-5 years with prototypes probably launched by 2018. Buterin says:

“The various scaling solutions, including sharding, plasma and various state channel systems such as Raiden and Perun, are already quite well thought out, and development has already started. Raiden is the earliest, and its developer preview release is out already. ”

Regulations featured considerably in the interview, especially regarding ICOs, with Buterin stating that regulations might be too early and perhaps ambiguity is beneficial in some aspects as it is clearer to see who is engaging in fraud or criminal behavior. After speaking out against any banning, he says:

“Imposing very specific regulations is also problematic at this stage, as rules that are not well implemented can often be either easily worked around or even counterproductive, as they encourage further obfuscation. Deliberate ambiguity, so as to keep open the option to go after truly bad actors, may well be the optimal strategy in the short term.”

He argues ICOs are important to fund open source development, an area that has traditionally been very difficult to monetize, with shortage in funding sometimes contributing to security vulnerabilities, such as Heartbleed, affecting millions of websites, including internet banking. He says:

He further says that he doesn’t expect digital currencies to replace fiat anytime soon due to high volatility, arguing that:

“A person being paid with two bitcoins may not be able to pay rent if the value of bitcoin plummets. Units of accounts or currencies that people measure things in have to be much more stable than cryptocurrencies.”

They must be renting a very expensive house considering the current value of 2 bitcoins is $8,000. But that might show just how much bitcoin has increased in value, and how quickly, to the point old-timers like Buterin, who learned about bitcoin back in 2011 first hearing it from his dad, may have not had time to mentally readjust the fiat value of btc. A currency he sort of left in 2013 because, he says:

“Making an improvement on top of bitcoin requires getting the approval of the existing bitcoin development team, and I saw even in 2013 that many of them were very hostile to nonfinancial uses of the bitcoin blockchain, going so far as to make protocol changes to prevent such uses. So I decided to make an independent platform instead. ”

That open source platform has skyrocketed in value, commanding a market cap of nearly $30 billion, with the wider ecosystem adding another $10 billion from tokens alone, not to count the many other businesses.