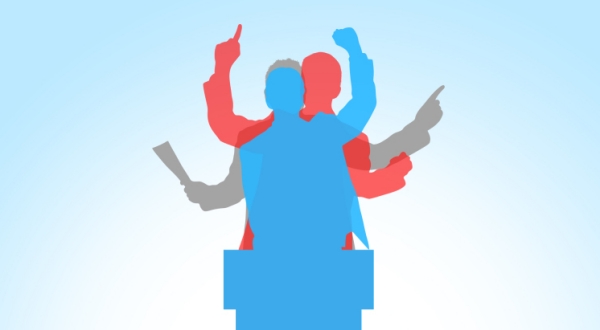 With just weeks to go until the final showdown in bitcoin over the blocksize matter, the 2x hardfork or no2x non-fork is consuming some parts of bitcoin’s ecosystem.

On the one side is much of industry, including most miners as well as almost all prominent businesses. On the other sides are some bitcoin developers, with the Blockstream current or former employees being the loudest in campaigning for no2x.

Apparently the matter is so important they would quit bitcoin development entirely, and presumably their job at Blockstream too, unless that company is to cease working on bitcoin as well. Gregory Maxwell, Blockstream’s CTO, says:

“I don’t know how we could be more emphatic… then we’ve already been.

If Bitcoin is subject to backroom deal takeovers then it has failed and we wouldn’t waste our time improving and protecting a failed system.

I don’t expect that to happen, of course, because most the user community isn’t being tricked… Bitcoin just isn’t that fragile.”

Ciaran Murray, a blockchain developer, says in reply that “a backroom takeover deal assumes there’s a hierarchy to takeover in the first place. Otherwise there’s nothing to take over.”

Matt Corallo didn’t waste much time to back his former boss, he says:

“I guess people don’t quite get the whole “its a significant effort to get all major Core contributors to sign off on something so we can take a group stand” thing.

But, yea, lets be clear, I dont know a singla significant contributor to Core who will ever work on btc1/Segwit2XCoin. If all the miners switch over, most likely some folks will buy hashrate and there will be a Bitcoin chain again to work on. If, somehow inexplicably, the entire community gives up on Bitcoin and uses 2xCoin, then most likely the vast majority of Core contributors will just move on to something other than Bitcoin, though given how 2x has been going, I find that highly, highly unlikey.”

Jeff Garzik, a former committer to Core, is the lead maintainer of the 2x btc1 client. But it is the case that most bitcoin developers are paid by just two companies, Blockstream, the former employer of Corallo, and Chaincode Labs, his current employer.

Anyway, some emails have been shared which suggest industry sees systemic risk in the current situation, stating:

“Segwit2X has now really become about showing “Core” that if there is an unwillingness to trade off technical risks against systemic risks, and consider the people element of how Bitcoin evolves, then those who oppose that type of mindset will take a corresponding course of action to oppose them. This is not about logic or reason — it’s ideological.”

That was followed by Smason Mow, a Blockstream employee, declaring 2x supporters “an enemy.” He says:

“NYA signers love to say we’re on the same side. We are not. If you’re pushing a contentious fork that will harm Bitcoin, you’re an enemy.”

Bitcoin just had a hardfork back in August that gave rise to Bitcoin Cash. Shortly after, the price of bitcoin rose to an all time high and their combined price remains higher now than before the fork.

None of Mow’s “enemies,” which presumably includes Barry Silbert, an investor in the company that employs him, replied to his emotionally charged tweet.

But elsewhere, Erik Voorhees‏ of Shapeshift, who supports 2x, said: “ragequit like Mike Hearn because maxblocksize is 2MB instead of 1MB.”

As such, both sides seem to be fixed in their positions. As we have seen now a number of times, both chains can continue to operate, although one chain will probably need to make some protocol level modifications.

This charged “debate,” therefore, appears to be mainly about which side keeps the name bitcoin and the BTC ticker, and which side needs to add another word to it and find a new ticker. Something which, at this stage, remains to be seen.