Adam Back Strongly Advocates Against Agreement He Himself Signed 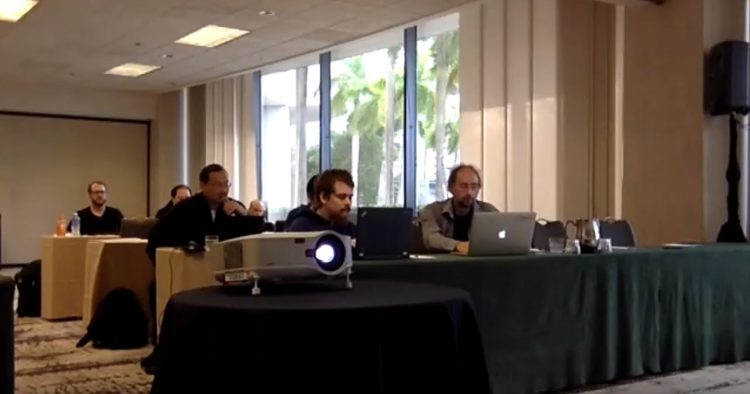 Adam Back, Blockstream’s “President,” strongly advocated yesterday against an almost identical agreement to the one he himself signed both as individual at times and as Blockstream’s President back in 2015. The “president” says:

“It’s surprising that a few company folks don’t see that meeting in a hotel room to impose a change on Bitcoin would be controversial to users and the ecosystem.”

Indeed. On or around February 20th 2016 Adam Back, many miners, Bitcoin Core developers and some China based businesses, which at the time handled some 90% of trading volumes,  agreed in a closed door meeting with no journalists present to, among other things:

“Run a SegWit release in production by the time such a hard-fork is released in a version of Bitcoin Core,” and to “only run Bitcoin Core-compatible consensus systems, eventually containing both SegWit and the hard-fork, in production.”

Adam Back is now saying that an almost identical agreement to the one he signed both as an individual and as “president” at different times is actually only supported by “a couple of CEOs,” by which he presumably means only two CEOs, with he himself not counting of course so being a “president.”

He further implies that an almost identical agreement to the one he signed would centralize bitcoin to the point where the mighty government might decide to round up all these CEOs and send them to prison because suddenly bitcoin can upgrade. He says:

“We are stronger together, peer to peer and without an identifiable leader who can be coerced, shutdown, etc. This is why the european union banking policy makers say “bitcoin can not be shutdown.”

He hardly mentions, in his fairly long “speech” delivered in that heavily censored and highly manipulated forum which remains a stain for the bitcoin ecosystem, any technical reasons against 2x, except to mention that “2x is a tiny number to create an ecosystem rift and confidence loss over.”

Which raises a childishly naive question that dares bring some objectivity. If 2x is so tiny, why is he linking to a tweet documenting statements by largely his employees saying they will no longer code on the bitcoin open source repository if this tiny number is implemented.

Moreover, why on earth is he so strongly against it to the point of in effect endorsing a censored forum by posting his “message” only there and no where else?

He could have, like any professional and respected CEO – or “president” – asked for a guest editorial at coindesk or here at trustnodes and he most probably would have been granted such request.

But of course, a refined platform like ours would require a bit more effort than what at times reads like nonsensical conjecture in a rush to jot down whatever word comes first without much thought or even care for the frequenters of that censored forum. He says, for example:

“It’s disappointing to have people… think it’s a pragmatic “compromise” and all is fine, or that they trust themselves so it’s ok to seize central control.”

A statement which reads like an admission that his closed door meeting in Hong Kong, where pictures were leaked, was actually an attempt to seize control of bitcoin. An attempt they clearly hinted at by asking miners to only run the largely Blockstream controlled Bitcoin Core client.

As can be seen, there were quite a few Bitcoin Core developers there, including Matt Corallo, who now says he will quit bitcoin development if the agreement he signed is actually implemented.

Which leads us to conclude that Corallo doesn’t really have a principled stand on the matter, but a stand that probably bows down to whoever pays his check.

That used to be Blockstream, now it’s Chaincode Labs, an interesting new startup that like Blockstream doesn’t seem to have a product but still for some reason pays some Bitcoin Core developers.

Including John Newbery, a new Bitcoin Core developer, who instead of focusing on coding has taken it upon himself just 12 months after being hired by Chaincode labs to engage in advocacy regarding the blocksize.

Why should it matter to him such 2x “tiny number” is a bit of a mystery, but Adam Back links to Newbery’s tweet, presumably to show that it’s not just Blockstream, is Chaincode Labs too, which somehow hires a Blockstream “co-founder” and other Bitcoin Core developers, presumably completely out of the good of their heart.

In any event, all these questions do not really matter anymore. Nor does the vast majority care any longer about the longest and in our view the most pointless debate probably in the history of computer science.

That’s because both staunch small blockers and big blockers know very well capacity will be increased and the blocksize will at some point be increased. As to when, the users don’t seem to care any more. It’s not really their problem. They can use Bitcoin Cash or ethereum or whatever else.

It is Blockstream’s problem, it is the miner’s problem, and it is the problem of bitcoin businesses, such as BitPay or the many Barry Silbert funds, including Blockstream.

Because Adam Back probably had one thing right. There is no vote here in the traditional sense that the majority prevails over the minority or vice versa.

At the end of it, hopefully, after we endure another four weeks of childish bickering, they can all settle this matter once and for all, with clear roadmaps and plans, and send the most pointless debate in the history of computer science to the dusty books where it belongs.