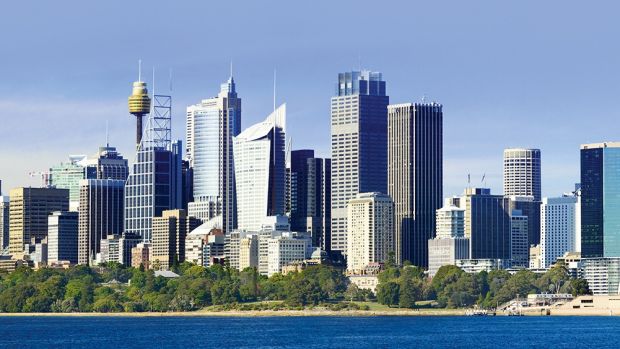 Scott Morrison, Australia’s Treasurer, said he, and by extension Australia’s government, is passionate about fintech, at a 30 minutes speech given in front of 300 members of the Australian Computer Society in Sydney.

The treasurer said Australia is punching above its weight and is a world leader in fintech, calling the innovation in this space a “revolution” which:

“Is offering consumers and businesses the chance to benefit from the new services and products, providing greater choice through increased competition and efficiency across the financial system.”

The treasurer spoke at length about the benefits of digitization for small businesses especially, but most importantly for consumers. He says:

“Consumers stand to benefit, with the major banks swinging into action to set up their own innovation hubs and incubators, and enter into fintech partnerships and collaborations,” before adding:

“I’ll pay credit to the banks… because what started off as a real threat, is now being embraced for one particular reason – it’s good for customers, and at the end of the day, businesses are about the customer.”

Global banks began embracing blockchain technology last year with a new generation of bankers trying to adapt so as to not meet Kodak’s fate or that of Blockbuster.

Since then, the field has expanded considerably to industrial use cases, but the treasurer’s speech focused mainly on finance, and on the work of the Australian conservative government to encourage innovation. He says:

“Our asset regulatory sandbox, which supports fintechs in a commercial world, combines tax incentives with regulatory concessions to ensure that they can get up and away.

As we’ve already announced, the Turnbull government will move to legislate an enhanced regulatory sandbox to enable more firms to take advantage of this world-leading initiative. This will make it, arguably, the most forward-positioned regulatory sandbox fintech in the world.”

Morrison’s face lit-up when he confidently, almost boasted, about his government removing double taxation on digital currencies which required parliamentary legislation, a very first in the western world.

With Australia now very much singing the tune UK bravely sang back in 2014. A welcomed development certainly, but not a pioneering action.

The booming world of ICOs is very much in need of a regulator with great foresight to show they are willing to embrace a very new way of funding businesses and a new way of creating great wealth.

A general understanding has now been reached, in our view in any event, that all or most considerations can be balanced by limiting ICO funding to $1,000 or $2,000 per investing individual. Thus containing any potential risk with loses, even in the worst case, being fairly minimal as far as individuals are concerned.

Of course, where there is outright criminal behaviors, such as frauds or scams, enforcement should be taken, but a permissive attitude, rather than prohibitive attitude, where such limitations per individual are applied, might show a very bold, perhaps even strategic foresight, towards a very new, but highly promising, field, that opens investment and innovation to everyone, creating such a positive and dynamic atmosphere the extent of which has not been seen in at least two decades.

It is that sort of boldness Australia will have to show to claim world leadership. In its absence, they are just one among a number of highly competitive hubs that can’t really easily be ranked objectively at this stage. For the crown is there for the taking, and the crowd is waiting to see just who does so take it.