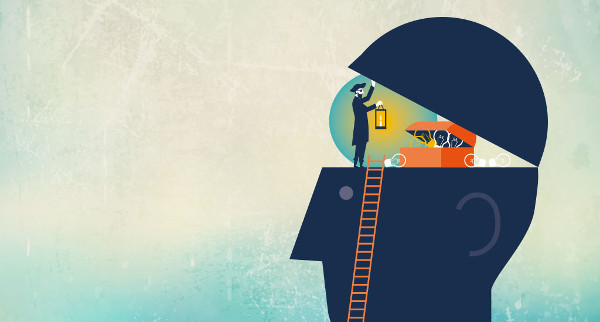 To further debate in this still very nascent space, we are to publish a seven parts series by Dr. Ken Alabi, who came to our attention following his peer reviewed paper on the relationship between Metcalfe’s law and digital currencies.

Needless to say, all statements and views expressed below are solely those of the author, Dr. Ken Alabi, who has a Doctorate in Engineering from Stony Brook, a masters in Computer Aided Engineering from the University of Strathclyde, and is an IT professional, programmer, and a published researcher with over twenty publications in various fields of technology.

Introduction to a Seven Part Series

This series will be looking at some of the less superficial news and developments related to blockchains, and specifically digital currencies. We are currently at the early stages of this technology. And just like the early days of the Internet, there are lots of changes and developments ahead. But already there are some key certainties and observations that can be made.

The first is that blockchain technology is here to stay. And not only to stay but it will likely flourish significantly in the next few years. It’s easy to imagine that this is not the case if one focuses on comments from heads of the financial industry, such as that of JP Morgan, or looking at actions and comments by some government authorities that have restricted access to cryptocurrencies in their domains.

However, when considering actual developments, you see the same major establishment financial organizations like JP Morgan developing blockchain technology, via their Quorum blockchain network; which was derived from the Ethereum code. You see patent applications in blockchain technology by several financial institutions, including recently from Bank of America. You also see a major technology company like IBM opening a new blockchain based money transmittal system in the South Pacific region, encompassing transfers in 12 currency corridors, and with a plan to expand worldwide. And just this month, we saw Mastercard unveil its own blockchain-based cross-border payment system. This shows that the technology and its potential use cases is compelling and its growth will not be curtailed.

Consequently, anyone part of developing, investing, or simply following this technology is taking part in or witnessing what is yet the early stages of a technology that will change the landscape of several industries in the next few years. But the challenges remain and as a result of these challenges, crypto-currencies in general remain a really tiny portion of the overall economic system as shown below. Nine years after the Bitcoin network was created, and became the first broad application of blockchain technology, some of those challenges remain.

The formulation of most of the digital currencies based on the technology today are unlikely to succeed for much of their intended use cases, in the long run, without significant changes. And you already see those changes taking place. Incrementally, in code fixes, and hard forks of the networks into new networks. And in some case, newer networks emerge with features that improve on prior ones. The current series dives into these challenges of existing digital currencies in depth, and describes seven of the challenges, and how they can potentially be overcome; in seven articles or parts.

Right now, at about $150 billion, the capitalization of all crypto-currencies is currently less than that of Facebook at $500 billion. While both have been around for about a decade, the potential pool of value for crypto-currencies should be a reasonable fraction of the $86 trillion in value of money. If the issues raised in this series are addressed, the expectation is that cryptocurrencies will grow significantly and be the denomination of a larger portion of all monetary transactions in the next few years.

Some of the challenges that will be pointed out are obvious. One such challenge is capacity. As a payment processing network, while Visa can process about 40 thousand transactions per second, Bitcoins can only process about 6. The fastest blockchain currently can manage no more than a hundred. So obviously, blockchains in their current incarnation can not take over a good chunk of in-person, in-store financial payment processing.

Another is the amount of electricity being consumed processing blockchain transactions. Both the Bitcoin and Ethereum network consume more electricity each than some moderately sized nations. In an age where there are concerns about reducing our carbon footprint, this presents a challenge that does need to be addressed. Yet another challenge is volatility, and extreme deflation. The deflationary formulation of many current blockchain assets make them attractive as investment vehicles, but also likely ensures that they will not become a significant medium for spending. An in-depth article in this series will focus on each of the previously mentioned challenges.

Most of these challenges are technical in nature. For instance, whereas when Visa commits additional computing nodes to their payment processing infrastructure, their speed and capacity for handling payments increases, since the tasks get split among more computing nodes. On the other hand, when there is an increase in the number of computing nodes of a blockchain network to process transactions and create (mine) new blocks, only the security of the network increases. The speed and processing capacity of the network stays about the same.

This is due to the nature of the blockchain technology as it was initially formulated. But where there are technological challenges also lies technology solution. Significant developments are ongoing in this area to solve this problem. Some of these are incremental, such as sharding being added to the Ethereum network, or Segwit that was recently added to the Bitcoin network. And some of the proposed solutions are more far reaching, such as the use of side chain networks and implementations such as the Lightning and Raiden networks. Or completely different way of recording digital transactions in a decentralized way as is done in IOTA, which has each device participating in transactions and lending their processing power to process transactions. These are all work in progress. Clear descriptions of the technologies that could change the trajectory of blockchains in terms of expanding capacity, some which have not yet gained attention, will be one of the seven series. Essentially, blockchain technology in a few years will not look like they do today any more than Internet technology applications today look like they did in the 90s.

One of the articles in the series will also look at the social aspect of the technology. At the outset the technology was utilized for dark web and illicit transactions, scams, tax avoiding, and money laundering schemes. Some governments reacted to what appeared to be a few fraudulent ICOs or coin offerings being peddled to less than knowledgeable citizens, and used that as rationale to restrict the technology or assets built upon it. For this reason, also, many researchers also shied away from work on blockchains. Given that it takes at least a decade to attain some of the highest academic credentials, many researchers are protective of their name and work and do not wish to associate with the ills that some reflexively associate with blockchains. However, this perception is changing, and some have made some very useful contributions, such as some of the work and critiques of Prof Gün Sirer of Cornell, and the work of the MIT and BU teams in recently uncovering potential flaws in the cryptographic algorithm of one of the new blockchain networks.

In addition, contrary to its earlier applications, blockchain technology can actually also be a force for good given its unparalleled ability to usher in transparency into transactions. Consider the age old human practice of charitable giving. Several metrices and efforts is devoted to quantifying the effectiveness of organized charitable initiatives, including providing scores to organizations based on how much collected really results in good works, compared to what is spent on management and the like; or what simply gets diverted. Blockchain technology could facilitate verifiable examination of such initiatives, making it possible to ascertain what resources reach specific targets and individuals, particularly when combined with digital identity certification features that are now being introduced into some blockchains. Such developments are important given that the social impacts of technologies also influence societal and governmental responses to them, and consequently ultimately impacts their growth. I wouldn’t want to take the bet on which would outlast the other between the afore described blockchain network that serves as a force for good, and a governmental body that seeks to ban access to it within its jurisdiction. Another good application area is the ability of blockchain networks to potentially stymie corruption due to its immutability and transparency properties.

This article is simply an introduction to the series, and without yet listing every area that will be the focus. For now, we will let the series unfold over the next seven parts. Finally, it should be noted that blockchains are not a cure all. They do really well for some types of applications and are not that suited to others. These articles will not cheer or pump the technology or any assets, but will offer frank analysis and constructive critiques of problems that need to be solved to enable the technology serve its potential use cases better. In the same vein, we will attempt to not mention any specific currencies, unless it is absolutely germane to understanding the content. The articles should therefore not be construed as recommendation of any currency, or taken as investment advice. It is simply intended to be a more in-depth view of the technology, current challenges, and potential solutions to those challenges.