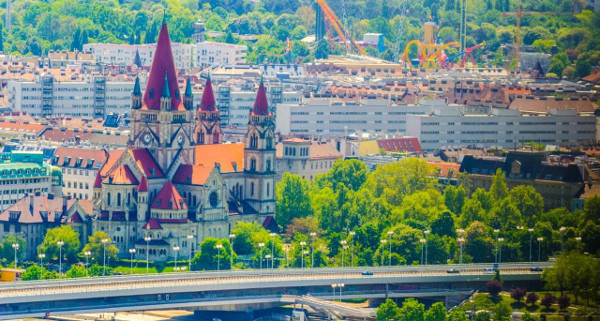 Austria, the rich country of around 10 million in the heart of Europe, has expressed ambition to become a global leader in blockchain technology according to a statement shared with Trustnodes by the Ministry of Science, Research and Economy.

“To become an innovation leader, we must walk down new paths without taboos and cope with technologies that will radically change many areas of our life tomorrow,” Harald Mahrer, the Austrian Minister of Economy, stated.

They announce a “dynamic agenda,” following an Open Innovation Process to jointly develop a Blockchain Strategy for Austria.

The result is the establishment of an international  interdisciplinary research network hub that will act as global think tank focusing on “cryptoeconomy.” The ministry will provide nearly $600,000 in funding towards the initiative.

That will be followed by “Regulatory Sandboxes” for pilot projects to have, within a certain regulatory framework in Austria, “the utmost flexibility” to try out new ideas and work creatively on innovative developments.

“The Ministry of Economy wants to promote the blockchain technology, to inform the broader public on this topic and in particular to raise awareness among entrepreneurs for the manifold application possibilities, including smart contracts.

These include the logistics and energy sectors, digital health management, agriculture and in particular public administration, where there are already successful best practice examples in countries such as Estonia or Sweden.”

“When dealing with fundamental changes, people were often skeptical in the past. I believe we should have courage, curiosity and will to change. This is the only way to position Austria at the forefront of the Innovation Leaders,” Mahrer says.

Austria has recently been invigorated by the election of the world’s youngest leader, Sebastian Kurz, from the conservative party. At the age of 27.

The young man spent seven years of studies, and still could not obtain a law degree from the University of Vienna, if wikipedia is to be believed, but somehow has risen to become a leader of that iconic city and of the country.

A typical millennial from the looks of it, although far more imposing in a suite, we wouldn’t be surprised if he himself has some bitcoin or eth. Nor are we surprised that their conservative government is so strongly backing this space.

It was about time that old continent woke up and looks once again to an optimistic future of innovation. And what better place for it than in Vienna, bordering Germany, Switzerland, Italy, Liechtenstein and much of everyone else.

“Irrespective of the composition of a future government, the measures included in the strategy paper will be actively promoted in the upcoming years and Flagship Initiatives will be supported specifically,” the statement says.

They ruled once, with the great Austrian empire. May the young ones rule again as finally Estonia’s Kaspar Korjus might have found a friend.