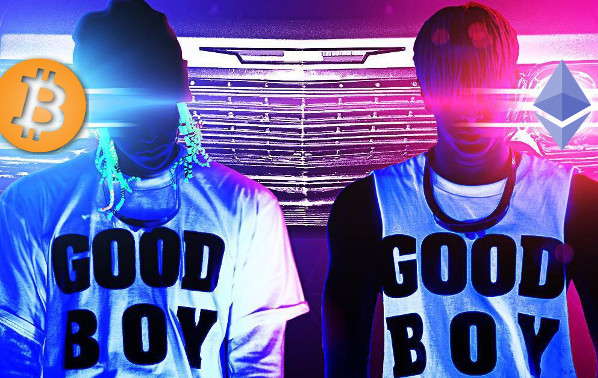 Thank you sire, I’ll give you a top token rating, rest assured. Might be something you say after a pleasant journey in a few years time if Kudos manages to execute on its new vision of automatic monetary rewards, based not on voluntary tipping, but on star ratings.

There’s a big problem in some parts of the customer facing service economy, the company says. Discrimination. Both ways. Customers tend to be a bit prejudicial, but so do the service providers, who tend to be far nicer to individuals they believe are wealthy, and thus may leave bigger tips, according to the start-up.

They want to change that by, in a way, taking away direct monetary incentives from the experience, replacing them with more indirect ratings in a complex triangular system.

“As the service economy has boomed, the majority of the resulting wealth has remained centralized in the hands of a select few: platform owners, developers and their investors. Contractors and workers still struggle to make ends meet,” the start-up charges in their prospectus whitepaper.

Their idea is to replace those monopolies with potentially a new monopoly of their own. With the start-up stating:

“Long gone are the days when startup companies kept their data servers in storage closets and built their websites from scratch. As WordPress, Squarespace and others did for building websites, the Kudos protocol will make building rewards simple and affordable using one unified token.”

The idea is simple and intriguing with potential uses in many cases, encapsulated in a fairly short section of the paper which basically distills it all:

We presume, because the whitepaper doesn’t detail it, that businesses initially buy an x amount of tokens through the Kudos platform where they set certain… they call them incentives, but a more familiar and concrete word might be bonuses.

If, say, a driver receives five stars in a rating, they are given an x amount of tokens, which of course can be transferred to fiat. A one star driver, you’d think, receives nothing and, presumably, if he continues at one star eventually he’d be sacked.

Which raises the question of those in the middle. A, meh it was ok, three star driver. Upon which most businesses depend for their day to day operations. The core if you like.

Where active tipping is concerned, we are told studies have shown there is no correlation between tipping and service performance. With rating being more objective, because the activity can often be less personal and more an engagement in a public service, that might be different.

Or, at least, that’s the experiment. The idea came from a product that is already running. Skedaddle, an Uber like platform that employs unused buses in parking lots to connect you with other people and go to somewhat popular places where mass transit doesn’t, or even, if they do, compete with them. The company says:

“Over the past two years, we have realized how we can increase the value of our business when we treat our drivers fairly through equitable rewards. In particular, within the past six months, we have begun rewarding drivers with direct programmatic payments based on completion of a set of actions core to the success of every route (i.e. turning GPS on, checking in riders, etc.).

This kind of accountability is good for our riders: by connecting rewards directly to performance, we have seen a 16.4% increase in rider happiness.

As we began to design a performance-based rewards structure, we realized that the underlying protocol we built could also be used by other businesses to power rewards and payments.”

The platform itself is a mixture of an ordinary smart-phone app and website combined with Web3 underlying technology, which they keenly describe as:

“The Kudos decentralized application, or Dapp, provides users with direct access to the blockchain through a web3-enabled front-end built on the Meteor web framework that can be accessed using the Mist browser with Ethereum’s geth client running locally.” Moreover:

“The solution relies on hashing transactions to ratings and then publishing and storing each value using the blockchain to ensure that data cannot be manipulated by anyone, even by blockchain developers on the Kudos team.”

The blockchain is ethereum’s public blockchain, so once an input is pushed into the network, it can no longer be changed, but its authenticity prior to such pushing does remain a problem and can potentially be manipulated.

Nonetheless, the solution appears to have risen from a real need which they are now planing to provide to all by opening the platform after an ICO that hopes to raise $20-$30 million in around 11 days.

The company behind it appears to be fairly professional, moving 70,000 people a month, but we don’t know whether that’s at a healthy profit or at a stupendous loss. Adam Nestler, Skedaddle’s CEO, told Trustnodes:

“We aren’t publicly disclosing revenue and profits at this point in the company.”

Not least because not disclosing them does indicate the figures are not very good. Otherwise, why not boast about it? And just because they might not be good, doesn’t necessarily mean that’s a bad thing. They might be going for network effects first, which may be a fine strategy, but then that wouldn’t be too hard to explain to investors they hope will give them $30 million.

Investors that are now very much left in the dark regarding what is undoubtedly one of, if not the, most important fact. Because it adds some meat to what might be just bare bones and because it keeps the SEC away.

But that criticism isn’t limited to just this ICO, and, beyond that, the idea does appear to be very interesting and quite innovative. Showing, in many ways, the very new opportunities the token model provides. A model that is very much in its inception, with the lowest of the low fruits not yet picked up.