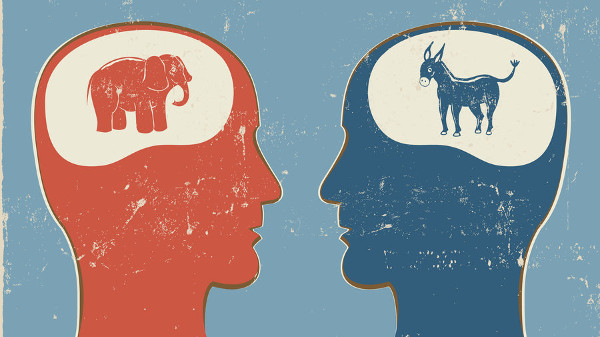 Vinay Gupta, who calls himself a humanitarian technocrat that contributed to the launch of the Ethereum Project, while more generally might be called as a guru of sorts, has angered the ethereum community after threatening political censorship on its behalf.

“Basically Gab (an alt right? conservative? nazi? twitter replacement) is looking at doing an ICO and/or building a censorship-resistant form of itself.

I’ve said a couple of things in the exchange which are very, very aggressive – that, if we were faced with a large scale neonazi colonization of Ethereum, we’d figure out how to **** them hard for getting in our ****.” Gupta said.

“Disgusted. I’m a big supporter of Ethereum from day one, this is totally unacceptable. Vinay Gupta is not the owner of the network and threatening someone to boycott them whoever is or whatever their ideology is disgusting. He is nobody to define Ethereum’s ideology,” says an etherean seemingly reflecting the most popular view.

Gupta argued that if they used the ethereum platform there would be a media backlash as has been in the case of Facebook and Twitter which have been criticized for amplifying what some are calling fake news. That might even encourage government intervention, he said, but then apologized:

“I’m not associated with the Foundation. I haven’t been an employee for years. I’ve taken unilateral action here, and I’ve done it in what I believed to be our best interest, but I have some doubts… so… I apologize… It was reckless.”

Gab stated: “Well folks this is how “open,” “decentralized,” and “inclusive” the Ethereum project is. If you’re thinking about building on top of it, think again,” courting a reply by Vitalik Buterin, ethereum’s inventor, who said:

“I don’t expect the community will support forking out politically controversial applications.”

The three major public blockchains, including ethereum, are decentralized in their nature. As we have now seen, that has a very interesting quality, the ability to fork.

To engage in any act which changes the rules of the public blockchain, as would be required to censor a smart-contract, the entire ethereum community, or a very healthy 80%+ of it, including exchanges, businesses, node operators and users have to agree with it.

Even then, the minority 20% can continue on their own chain as if nothing happened at all. Therefore, technically, censoring any smart contract or anything in any of the three major public blockchains like bitcoin, ethereum, and bitcoin cash, is actually impossible.

There is no central administrator or central point that can just delete the database or deny access. The only thing anyone can do in a public blockchain is to voluntarily choose the rules they run or support.

The difference here is that Gab itself would not be affected in any way whatever nor any of its content. As far as Gab itself is concerned, it would be as if nothing happened, because technically it is actually impossible to censor it.

All that would happen, even in that circumstance, would be users freely deciding whether to use that platform or not. Some might not wish to, and even if the vast majority of ethereum’s community stayed on say the Gab chain, a minority might decide to fork off to a chain that does not recognize the Gab smart contract. Their forking off, however, would not in any way affect Gab.

The back and forth above, therefore, is more cultural politics between left and right with both free to use their speech and argue what they wish to gain whatever level of support, but when it comes to the actual reality of public blockchains, any threats of censorship or breaching immutability are technically empty because technically it is impossible.

One final point to make is that this space does appear to be quite a broad church. More usually linked with libertarians, it clearly has plenty on the left, including Democrat politicians in USA and Labour politicians in UK.

Whatever the individual’s or the group’s own ideology, the protocol itself is actually neutral, so being just a tool made of code. One can easily imagine a CommunistEth or a NaziEth, whatever that would mean in practice, as well as a neutral eth.

That’s because freedom in this space reigns supreme. No one can impose their will upon another. It is simply impossible at a technical level.