Tether Allegedly Hacked Out of $30 Million, Hardforks to Blacklist 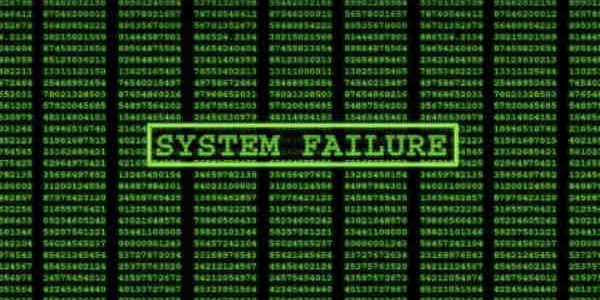 Tether claimed today they have been hacked out of $30,950,010 USDT which was “improperly removed from the Tether treasury wallet through malicious action by an external attacker,” according to the company.

No further information is provided as to how exactly this hack happened with no detail whatever given in the announcement which further said a “temporary hard fork” was to be undertaken.

What exactly is temporary about this hardfork is unclear, but Kraken and other exchanges stopped deposits and withdrawals today while Tether implemented a rule change that in effect blacklisted the alleged hacked address.

“One of the many surprising things about Tether’s getting hacked and unhacked was the level of control they exert over this blockchain,” Emin Gün Sirer, Cornell professor, stated before adding:

“It’s hard to distinguish it from a regular database under sole custody… this episode shows that Tether has control and is acting as a record keeper even for usdt transfers between third parties. These people aren’t vetted.”

Jackson Palmer, Dogecoin’s founder, undertook some blockchain detective work of Tether, which is believed to be controlled by Bitfinex, and concluded:

“This Tether “treasury” wallet was only created on the same day the hack took place. A 7,900,000 amount was sent to the Treasury wallet literally seconds before the hack begun.

The hack was complete within around 1hr 10m of the treasury multi-sig wallet being created (how did the hacker get access to the wallet within 1 hour of it being created?).”

Some are suggesting Bitfinex or Tether is making this all up. “That was the goddamn “stealth” Bitfinex address, everyone saw the USDT go straight into BTC order books with their own eyes. They aren’t fooling anybody,” a bitcoiner who has been undertaking some blockchain analysis of his own says.

Another one claims the hacker is the same individual who hacked Bitstamp in 2015. Suggesting a leet hacker roams this space, a hacker who unsatisfied with tens of millions wants tens of millions more for some reason.

Nonetheless, the rumor mill is in full swing, with Tether now the number one talking point in this space. They are accused of printing money out of thin air without any real USD backing due to lacking banking access. They are further accused of pumping bitcoin with this fake money.

Neither can be proven, but Bitfinex has provided no evidence to show that first, they are solvent, and second, that the nearly $700 million Tether they have printed is actually backed.

Btifinex’s problems begun after it was hacked out of some 70,000 bitcoins last year. They issued IOUs in return for them, with the exchange continuing to operate.

However, banks begun cutting them off with a banking blockade continuing today. Initially, there was an exodus out of the exchange, with its trading volumes falling off the cliff as it developed a substantial premium, but then its trading volumes went up and up to now stand as the top bitcoin exchange by trading volumes.

How, considering that you can not deposit or withdraw fiat and that US citizens are not allowed on the exchange at all, remains a mystery, but it does coincide with substantial amounts of new Tether being printed.

An individual called Bitfinexed who alleges he found the hacker of that 70,000 bitcoins, further claims that Bitfinex and Adam Back breached a bounty contract.

That individual therefore, presumably angered, seemingly went digging, and what he found was a constant Tether money printing, gaining some prominence in the past few months.

Since then, rumors have been swirling, with some comparing Bitfinex to Mt Gox, not least because they share the similarity of being under a banking blockade and allowing no fiat deposits or withdrawals.

We all know how Gox ended, which is why much of the ecosystem is jittery when it comes to finex. Not least because it is difficult to comprehend how exactly they can continue operating without fiat deposits or withdrawals.

As such, their every move is being closely watched, certainly by bitcoiners and traders who find the tether information quite useful on many levels, but also, most probably, by US authorities who, most likely, initiated the banking blockade as a punishment of sorts for the exchange offering unregulated margins.

How any of this will end, considering this is the second hack, remains to be seen, as the crypto carnival continues.