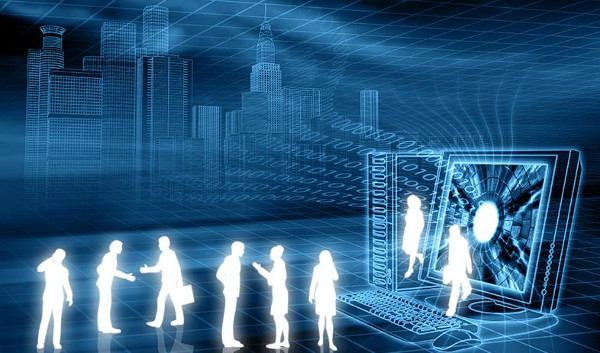 The tiny rich country of Estonia, with a population of just 1.3 million, has a grand vision and ambition to leapfrog the state into a digital 21st century.

“There are more and more people who work totally independently from any one company, any one country or any singular social model,” Kersti Kaljulaid, the liberal conservative President of Estonia, says before adding:

“We might find ourselves in the situation where most services traditionally provided by the sovereign state have moved elsewhere, leaving the state all but obsolete for the majority of its citizens.”

She highlights a world that may be familiar to many, a rising digital workforce with roots in the knowledge economy which can operate anywhere in the world and usually needs nothing more than a laptop.

“My son, an IT specialist, works for several companies at a same time. In some of them he is an owner, in others an employee,” Kaljulaid says, describing a typical digirati.

A phenomena that is growing due to increased automation and an increased need for knowledge workers, who tend to be self-employed or freelancing, independent, and globally mobile.

To attract them, nation states may need to engage in competition with each other, from taxes, to regulation, to more basic needs, such as healthcare.

“Our nations are now undergoing a digital revolution, which will radically reshape them once again — this time into borderless online communities with services that can be accessed anywhere there is an internet connection,” Kaspar Korjus, Managing Director of e-Residency, says.

Estonia’s e-Residency is the first in the world to offer global citizens an ID card which entitles them to set business in the country, and by extension anywhere in EU, as well as to a bank account.

They plan to set-up digital embassies for their digital citizens, with their more ambitious aim being the launch of an ethereum based token called Estcoin in an ICO.

Estcoin would act as a sort of digital state fund, with the amount raised invested towards services for their digital citizens, including potential incentives for the digirati or their companies.

If successful, Estonia could then increase their very small number of physical citizens by an order of magnitude or more through digital citizens who are provided at least some of the usual state services.

One of them, which might be quite attractive to some parents especially in this space, is that children in Estonia are taught how to code in school.

It probably won’t be long until all states follow the same approach because even now knowing how to code can be as important as abc or 123, but until then Estonia could provide those lessons digitally for the digirati children.

This ambitious idea is facing some resistance, especially by old bankers, but Estonia might not have much choice. The ethnically Finnic nation has been occupied throughout much of its existence, enjoying some level of independence only in the past thirty years.

They came under considerable pressure from Russia in recent years, spurring a national digitization of their civil service to the point where some say it’s the most advanced in the world.

It appears that the natural evolution of those efforts has led them to this idea of a global digital state. Something quite radical, and yet very intriguing.

The idea of a free market for nations where you shop around for what government you’d like is in some ways ancient, and in other ways hasn’t really been articulated until fifty years ago.

It might be a way to adapt to the digital age and perhaps a means by which some of the destructive aspects of nationalism – constantly focused on border expansion and zero sum geopolitical often bloody games – are sent to the history books.

But can such a tiny nation really be so forward looking? Can they really have such freedom when under the jurisdiction of ECB and under the rule of Germany? Or is a better question to ask, do they have a choice?

Because, as always, necessity breeds invention, and just how fragile liberty is, few countries know better than Estonia, which willingly or otherwise might be forming an alliance with the technorati, not least because it has grabbed their imagination.

A small rich country with the vision, aim and means to usher nation states into the digital age has all the ingredients for a great story, but whether it will be written, remains to be seen.