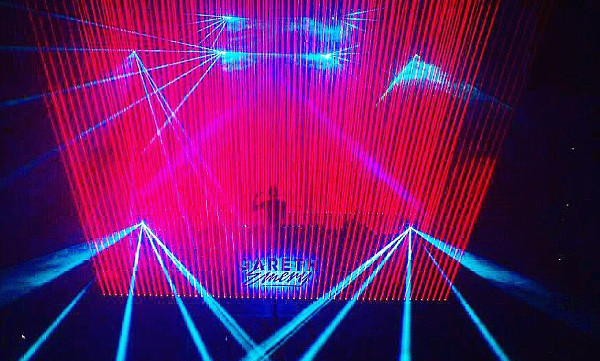 “In the early days of the Internet, it seemed there was a real chance for Bottom Up distribution to gain momentum,” says a prospectus by Choon, Gareth Emery’s new project which aims to raise $75 million worth of eth to launch a tokenized streaming site, before continuing:

“In a Bottom Up model, millions of unsigned acts freely share their music with the general public, making the public themselves the key tastemakers, rather than the Major Label Gatekeepers.

In the early 2000s, early online music sites… offered an incredible chance for artists to try the Bottom Up model… However, with no realistic monetisation model, and overarching pressure from conventional interests… the Bottom Up dream has been largely dead since then.

At Choon… we will be able to give Bottom Up discovery a second chance,” the project says before introducing what on the surface appears to be a fairly simple new business for the music industry.

Firstly, they plan to launch an “ordinary” streaming site usable presumably not much differently than current streaming sites like Spotify or Youtube. To that they will add the token model after hoping to raise 160,000 eth in return for 80 million NOTEs.

Half of those NOTEs, thus nearly $40 million, are to go to the artists themselves, for free, over a five years period, proportionally shared based on the number of streams or downloads.

The ICO therefore will fund not just the project, but also music or musicians themselves, with the project stating that they “already have hand-picked a number of exciting musical artists with tens of millions of fans to join us for our Closed Beta.”

Gareth Emery says he has been in the music industry for the past 15 years and is “one of the world’s largest DJs and an esteemed record producer. With three iTunes Dance #1 Albums, and over 1.5 million monthly Spotify listeners.”

He, therefore, presumably clearly knows the industry and its problems, with a major one being intermediaries which take a significant part of the revenue, paying pennies to the dollar or sharing just 60%, he says, with Choon stating they will share 80%.

“When it comes to getting paid fairly, artists get a worse deal today than ever. Contrary to popular belief, there is money there, but it’s going to the wrong people,” Emery says before adding:

“We want to radically change the game; finally giving new and emerging artists a chance to get be fairly paid for their music, and making it far easier to create contracts for collaborations, management, samples and licensing.”

Through ethereum’s blockchain they plan to replace many of these intermediaries and automate the process by incorporating smart contracts which can then automatically make payments based on downloads or revenue earned.

The general idea seems to be replicating Napster, but with rightful copyrights which can be monetized through the token model by incorporating a circle of advertising, downloads or streams, subscriptions, and other commercializing aspects.

It is an interesting idea with some competition already, but the project does not yet have a prototype and won’t have one before the ICO, which they say will be held this December.

They say it will all be ready in three months, which sounds very optimistic unless they are holding back on progress that has already been achieved and are simply waiting to launch it all.

However, the coding aspects, although still very important, might be less important at this stage than some other aspects as it does seem, at a technical level, this all can be done and relatively easily, as long as they keep those bugs away.

While adoption remains a considerable problem at this point. Starting from zero is never easy and however much consumers might moan about current streaming services, getting them to form new habits may be difficult.

Which is where Emery might assist by bringing in his own fan base as well as potentially that of his “friends” or colleagues, opening a new space which reconnects once more to that 90s timeline.

Whether he can in execution remains to be seen, but what can be said for now is that the artists are coming at a time when this technology moves away from a mere prototype and begins seeing its first real use mass market products.