Fear and Euphoria Rules the Day as Bitcoin Nears $10,000 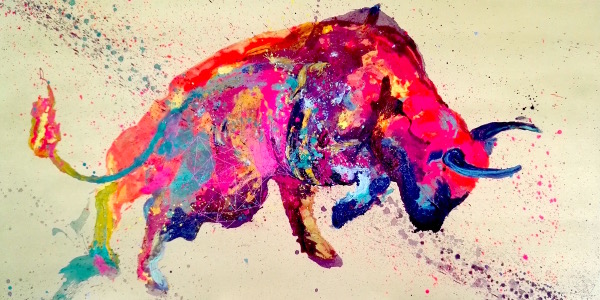 Bitcoin’s public spaces are filled with memes as an ecosystem celebrates a milestone some predicted in 2013, but few thought it would actually be achieved.

$10,000 is a very big number. Some, therefore, are scared. Are all these memes exuberance? – some traders ask. Is this a sell signal? – some others wonder.

No one quite knows. The fact there is some fear might itself show full exuberance has not been reached. But price has been somewhat jittery and you can see tension in its action.

No one knows as it is somewhat obvious at this stage speculation alone is ruling the day. Bulls have taken hold and there is not one bear in sight. Almost $1 billion is on margins at Bitfinex. Coinbase’s app is now at the top of Apple store. Another $20 million Tether has been issued. The world is tuning in to the greatest show on earth, the crypto show.

Previously, the show has always been brief, lasting merely weeks, always interrupted by a black swan event. This time it has lasted for more than a year with the ecosystem holding up somewhat. But the speed of appreciation is considerable.

The asset nearly doubled since the beginning of the month. It stood at just $2,600 in August. Its trading volumes have risen to an incredible $6 billion, with Bitfinex alone handling nearly a billion of it, somehow.

There appears to be overreach, with many expecting a correction, or even a crash, at some point, but when, no one quite knows.

Afterall, stocks are at all-time highs too, rising to some $100 trillion. Bonds are up and up at some $50 trillion. The economy is growing and boom times appear to be here.

So maybe the bitcoin show is not that unique. That endless money printing of the past decade might be catching up with assets inflation. In the absence of a black swan, therefore, perhaps any correction might be just a blip.

Yet, at these great heights and uncharted territories, nothing is predictable.