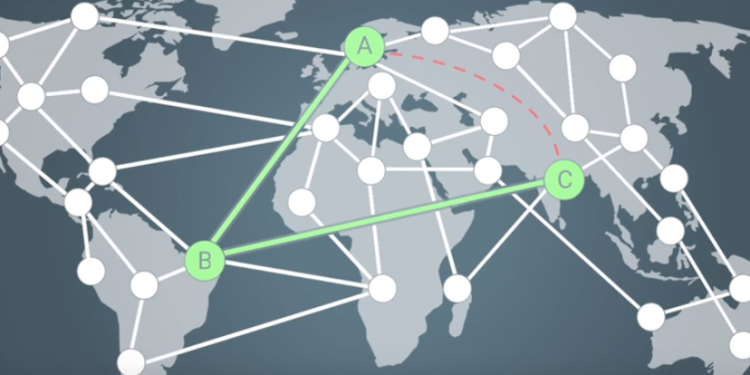 µRaiden is a unidirectional payment channel that allows sending tokens to pre-determined receivers in a way that is not recorded on the public blockchain, but is secured by ethereum’s network.

Instead of having constant on-chain transaction with someone you or a company often transacts, say Coinbase and BitPay, µRaiden can be used so that there is just one on-chain transaction for the opening of the channel, then as many transactions as they like without affecting the public blockchain except for in instances of disputes.

“Clients (subsequently called “senders”) wanting to access a provider’s payable resources, will open a micropayment channel with the provider (“receiver”) and fund the channel with a number of tokens.

These escrowed tokens will be kept by a third party contract that manages opening and closing of channels,” µRaiden says in their open source repository.

As these payments are, in effect, direct payments which then eventually get settled and bundled in one on-chain transaction, the usual constraints of public blockchains, such as current capacity limits, do not apply.

The channeled parties, therefore, can undertake thousands or millions of transactions at zero fees, the project says, allowing for micro-transactions, such as pay per view.

These payment channels have been possible for quite some time, but can be inefficient as you need a new on-chain transaction, or a channel, for each new transacting party.

The full Raiden network hopes to address that by creating intermediary links, similar to the six degrees of connection theory.

However, that can be quite complicated because of something called routing, that is, how to connect all these parties that don’t know each other in a decentralized manner.

That problem remains unsolved as far as we are aware, but Raiden has recently raised $50 million (109,532 eth) in an ICO. Giving them substantial resources to drive the project forward.

Something which is very much needed because ethereum is now processing almost 700,000 transactions a day, not too far off from its capacity limit.

Work is underway to increase capacity, with the Proof of Stake upgrade nearing testnet launch, suggesting it may go live in months.

While slightly more long term, Vitalik Buterin, ethereum’s inventor, has laid out a roadmap for Visa levels scaling through sharding, which might near implementation in 2019.

To complement those two on-chain upgrades, second layer protocols like Plasma or sidechains and Raiden can further add capacity by bundling many transactions onto just one on-chain transaction.

Making capacity not a problem for those who choose to use these second layers, with µRaiden a step in that direction before the full network is launched.

When that is to be expected remains unclear. Development work on the network has been going on for at least a year and a half and still continues.

But the combination of these new protocols and upgrades does suggest that the scalability problem has been solved conceptually, with just implementation now awaiting, beginning next year.