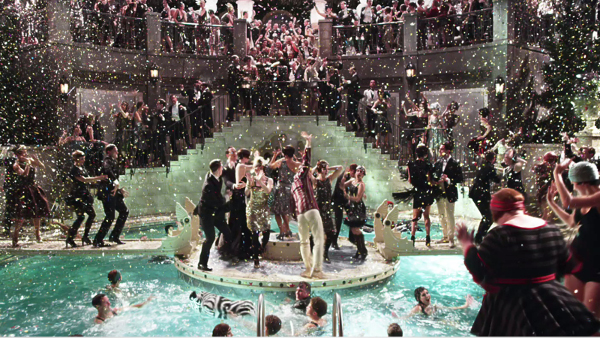 Will this just keep on going? Will it just rise and rise? – many are asking. While, on the other hand, shouts of bubble have reached fever pitch months ago.

A crash is imminent, many were told when bitcoin neared $10,000, but if the asset has many more of those sort of crashes, the global market cap might reach a trillion in months.

It’s at $350 billion currently, up in a near vertical line for the year. While current trading volumes now stand at a higher level than the global market cap at the beginning of the year.

Then, as if everyone was not having enough fun, cats had to be brought into the equation. Someone apparently paid $100,000 for a CryptoKittie.

In an ecosystem flush with money, pocket change perhaps. But we can already here those bubble bubble cries getting louder. $100k for a cartoon cat! The world has gone mad! The second coming of Satoshi is imminent!

We can already hear some retorting with moans about bathtubs being sold for millions just because they have been labeled as “art,” but thousands of computers across the world are now busy catering to the new catlords who have invaded eth’s blockchain.

Which brings to mind a potentially hilarious testimony to congress by Joseph Stiglitz in support of criminalizing cryptocurrencies, who might say something like this completely fake quote:

“Muh lords, ladies and gentlemen, distinguished guests, a great evil has risen that can no longer go unaddressed. I am, of course, speaking of public blockchains, which allow for the trading of cute cats, taking hours of productivity from some of the smartest coders in the world.

The great sin here is that there is no intermediary. How do we tax these cats, muh lords? And what happens if this cat economy slows down, how do we print more cats?

Think of the poor children, muh lords, who are denied the opportunity to own these cute creatures. We must intervene and redistribute cats to everyone according to need.” – fake applause track plays at full volume.

Such tragedy. How can these children possibly live without cute cats! We must immediately begin relief efforts and a donation campaign. Send one eth for cats in need.

We are of course joking, but if you think that’s a far fetched argument, New York Times had someone moaning about projects raising capital through ICOs to fund their businesses.

Why is SEC doing nothing, he wondered. As if engaging in value creation is somehow sinful. Here, though, they are not worried about the poor children, but the old frail grandma.

Now picture this, an old pensioner barely making ends meet and around twice the age of SEC regulators finds her way to Coinbase, manages to send them the probably expired Passport copy, figures out how to send them dollars and how to then buy eth with it.

Around a month later, our frail grandma with thick glasses somehow stumbles on some ICO, and specifically lands on their ICO smart contract eth address.

She then manages, probably accidentally without knowing really what she is doing, to send eth from Coinbase to the ICO after somehow accidentally having the ICO eth address in her paste clip. And to complete this adventure she accidentally presses Ctrl+V, then send.

Fully unaware why her smart phone just sent her some code, she enters it where it is required, and to fully complete the adventure she somehow stumbles on the blockexplorer for the address, so confirming it is all done fine.

If this is the sort of ninja grandma they want to protect, then she might retort with an offended face and manner, the kind only grandmas can do, and perhaps tell them she is far too old to be told what to do, so complementing it with that go-getter grandma face and swing bag movements.

There are, however, some ICOs which do deserve prison, but we here at Trustondes are great fans of that innocent until proven guilty principle. Where there is fraud and other criminal behavior, the law should of course be enforced, but to assume guilt by requiring extensive compliance with significant time delay for ICOs that target the 99%, while assuming innocence for ICOs that target the 1%, might very much be a law that deserves that grandma retort.

Which is perhaps part of the reason why this space is booming. Individuals have been empowered and even given some freedom due to the global nature of public blockchains. Projects, therefore, can pick jurisdictions that have reasonable laws, and discrimination based on wealth in front of the law is not one of them. To the contrary, it might in fact contravene many legal principles.

That economic freedom is a very desirable quality, which is why, at least in part, people are flocking. Some for the cats, some for the ICOs, some for the ever rising bitcoin and eth, and some to be part of the most vibrant and dynamic space on earth.

A space that has given rise to a crypto boom, which is now in full swing, with new aspects daily added, so making it all more interesting and keeping that music going for now almost two years.

How much higher, faster, longer, and better, we are to wait and see in the coming weeks and months, but the people’s bailout continues.