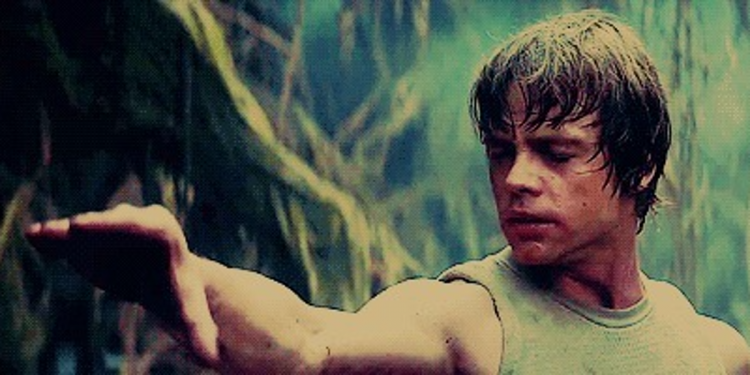 This is part 7 and the final of a seven parts series by Dr Ken Alabi, who has a Doctorate in Engineering from Stony Brook, a masters in Computer Aided Engineering from the University of Strathclyde, and is an IT professional, programmer, and a published researcher with over twenty publications in various fields of technology.

Needless to say, all statements and views expressed below are solely those of the author. You might wish to read the introduction, part 1, part 2, part 3, part 4, part 5 and part 6 of the series before continuing.

This is part of a series looking at issues that need to be solved in the next few months and years for digital currencies to grow to reasonable size compared to the tiny segment of the global economic system that they currently occupy.

Earlier in this series we looked at the need for realistic mathematically determined supply mechanism rather than a hard limit or fixed deflationary supply common in most current digital currencies. We also looked at the possible role a decentralized, well formulated reserve system would play in maintaining confidence in the currency and reducing volatility. We have also looked at scaling issues where most of the leading cryptocurrencies are currently limited to a maximum capacity of less than 20 transactions per seconds due to the serial nature of blockchain technology. In the last three segments, we have considered liquidity and ease of use, programmability of currency, and need for clear regulations.

This final segment is the conclusion of this series, and an introduction to the last feature that would be ideal for a digital currency to have. Which is that it should be a net force for good. The rationale behind this is that given two digital currencies having all the features described in this series, with one having negative connotations and use cases, while the other is associated with good use cases, the latter would probably see more rapid adoption.

Why is this Important?

Since mass adoption requires public buy in, perceptions of digital currencies will play a role in the speed of adoption. This is the case for any product or technology. For instance, stem cell technology and research is prohibited in some jurisdictions. Also, there are those that argue that marijuana is no less harmful than alcohol and yet the former is prohibited in many jurisdictions while the latter is not. Initial perceptions can even have a long term effect on the trajectory of a product or technology.

Some initial adoptees of blockchain digital currencies have tended to utilize the technology to set up markets that enabled transactions in immoral and illegal products and services. Some have also utilized it for money laundering, and some for tax avoidance. Outright ponzi schemes have made special use of platforms developed using the technology. More recently, initial coin offerings have utilized the technology to raise funds for innovative ventures, and a few appear to have outright defrauded contributors. These developments could shape perceptions of the technology sufficient to create an environment that leads to slower public embrace of the technology at best, or outright prohibition in some jurisdictions at worst. We already see some nation states prohibiting access to digital currencies, including China recently. While it is unlikely that a scenario would be realized where perceptions get so bad that digital currencies will become prohibited in most jurisdictions, positive associations and use cases can no doubt be helpful towards improving adoption.

Immutability
Blockchains are one of the most immutable digital devices available currently in a trustless manner. Like the rings of a tree, once data is written in a block and other blocks are subsequently written upon it and chained to that block, the original data in that block can pretty much no longer be altered again for good. (The chain properties of the blockchain will render the entire following blocks invalid if a prior block is altered; an action that is virtually impossible since there are other nodes that are also custodians of the same ledger.)

Transparency
Public blockchain ledgers are especially transparent. If a transaction is made on the blockchain, that transaction can be verified by anyone, anywhere, if the details of the transactions are provided to them as proof.

Fair, and Not Easily Manipulated
A blockchain will not easily discriminate between individuals, and is not as easily manipulated to gain some specific advantage due to the fact that its rules are mathematically and technologically enforced. However, this feature depends on the blockchain constitution, as there could be advantages gained via collusion or collaboration, such as by miners, or by developers. Regardless, blockchains have the potential to be less easily manipulated than anything available in current financial systems today.

These features combine to make blockchain solutions directly best suited for the following positivity-reinforcing use cases:

Corruption Cryptonite
Yes kryptonite was deliberately spelled as cryptonite above. From the Cambridge English dictionary, “kryptonite is something that hurts or damages a person or thing that usually seems strong.” In many developing economies, corruption is that very strong thing, which has an unusually powerful pull in virtually every area of the economy; in particular the public sector. In fact, the level of corruption in any country is usually directly proportional to the level of poverty within the population. And that corruption eventually affects the lives of those living in those countries, and indeed indirectly even those in developed economies. This is a tragedy given the level of ingenuity humans are capable of.

Blockchain applications can intrinsically reduce corruption by ensuring that corruption prone transactions are made less so by being immutable, so that officials can not alter or tamper with transactions after the fact; transparent, such that everyone can easily check and see where proceeds of public or local transactions go; and fair so that everyone is treated equally regardless of who they know at the levers of power. The next step is to push for those governments and public transactions to be transitioned to public blockchains.

Charitable Donations
The question of how much of a claimed charitable donation or contribution actually reached its intended recipient is a prevalent one; even in developed countries where the donors could use it to defray their tax obligations. There are various auditing organization that attempt to compute metrices such as the percentage of a charitable organization’s intake that actually gets disseminated successfully into charitable works compared to how much is spent on management or remunerations. Enter the blockchain where every aspect of a charity’s intake and distribution could be transparent. And anyone would be able to see on the public ledger numerical information and specifics such as how many individuals or children actually received vaccines from a vaccination program entrusted with charitable resources, or how many families received meal packets during an environmental disaster recovery event. In fact, it would probably be derelict if donors to a charitable cause, governments that accept such donations to offset taxes, and non-governmental organization do not require the level of transparency that blockchain brings as conditions for accepting claims of charity, in the very near future.

Government and Agricultural Subsidy Distribution to Farmers
Provision of agricultural subsidies in the form of fertilizers, seeds, and equipment is a government program in virtually all countries – in developed and developing economies alike. However, this program is one that could benefit from the transparency and immutability of the blockchain, as a good portion of the subsidies could become diverted and (1) sold, (2) directly misappropriated, or (3) directed to recipients that favor the officials in return in the form of bribes.

Before this series closes it should be mentioned that complete decentralization should also be an aspiration; not only of supply but of decision making as well. A currency that majority of people in an ecosystem are using is important and its management and supply should probably tend towards transparency and fairness. Currently, this function falls under the central authority of each nation or state; which in its best form is chosen by the people. This is the best that can be done currently until blockchains.

It would be extremely unfair if just some arbitrary person or group of people were responsible for printing money for everyone else and thus able to manipulate the system and create advantages for themselves or other powerful groups within the system. Decentralized blockchains with deterministic supply formula is an even fairer system, unless the system itself comes under the control of a group of unelected representatives able to game the system for their own purposes.

Most decentralized blockchains have a supply formula that is set in its constitution; which at least removes the possibility of direct manipulation of supply. However, there are still other aspects and decisions where it would be best if they were made in as a decentralized manner as possible, rather than where one or more individuals such as miners or some other set of administrators impose the decisions on everyone in the ecosystem, or influence the amount of rewards that goes to themselves. In short, a digital currency that tends towards a more decentralized and democratic governance model would be more desirable or ideal than one which is not.

There it is – a presentation of the challenges that need to be solved and features that will make an ideal digital currency, and position it for mass adoption. As implied in Segment 6, we expect that such a currency will see its use grow up to about 20% of all global transactions by 2022, up from the current 1-2%; if these challenges are addressed.

At this point, it is impossible to tell how things will shape out. Whether it will be one or two digital currencies or a bunch of them making up the body of digital currencies in use, it is expected that eventually, much of the features discussed in this series would be part of the ideal digital currency of the future.

Join the conversation, and let us know what you think of the series in the comment section or on twitter at @Ken_Alabs or this publication at @TrustNodes.

The views here are provided freely and could be freely used in whole or part, hopefully with a kind reference to the article. It is not intended as investment advice and should not be used in that capacity.