Can Ethereum Handle Cats on the Blockchain? 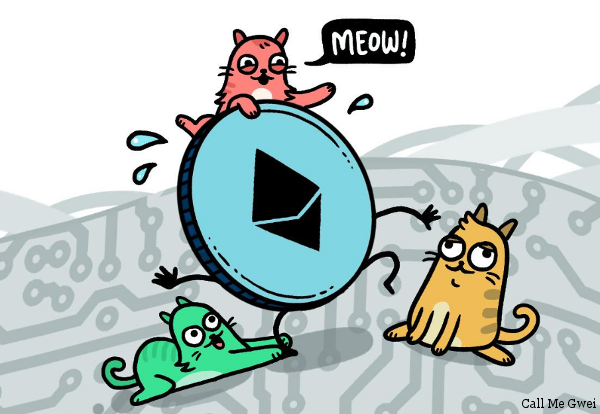 While we’re busy decorating trees and finding gifts for Christmas, the last thing we needed was cats roaming around our blockchain creating a right mess.

And if that wasn’t grumpy enough, like excited little kids developers are encouraging them! Here is Nick Johnson from the Ethereum Foundation:

Sure Nick, let everyone know there’s cats on the blockchain because there ain’t enough of them already. What’s next? Shibes everywhere?

We blame Vitalik, of course, going around with his meme shirts of cats, dogs, unicorns and even bears. Well, the cats are here now Buterin and they want all the blockchains, what you gone do about it?

“I actually like the digital cat games. They illustrate very well that the value of a blockchain extends far beyond applications that would literally get shut down by banks or governments if they did not use one,” Buterin says.

Right, forget about changing the world and clearinghouses, or robots with bank accounts, you get cats with breeding traits tokenized on the blockchain.

At least now we all know why we don’t have those flying cars. Put a cat in front of a developer and good luck getting him to do any “proper” coding that solves “real” problems.

Oh well, it is the silly season. No harm in a bit of fun. But as with all games there are real lessons here and something to be learned.

If just one catapp can bring the ethereum network to a halt (unless you pay higher fees), then we have zero chance against a cat and dog meme alliance.

And if we add to them “useful” things, like houses or lambos or insurance, legal contracts, supply chains, music, paintings, social networks, the whole world (minus flying cars), then we might be lucky to afford one transaction every century.

That’s because blockchains in their current form are quite inefficient as everyone has to keep an exact replica of the same thing, stored in thousands of computers, but do they really have to?

Thankfully, the answer is no. You can split these thousands of nodes into sets of say 100, creating their own “universe” of sorts, but with all governed under one protocol and consensus rule.

So if you really must deal with cats while we’re all trying to work here, you can “tap” into the cat network and keep on plotting cat-chain domination all you want with no one caring one bit.

Likewise, if robots are your thing you can go to the bot shard and see them pay each other, with nodes thus specializing in a division of labor manner, while still governed under one set of rules.

Vitalik Buterin thinks this process can allow the network to reach Visa levels capacity or higher, but that’s in two or three years time.

For now, the network just has to increase the soft capacity limit so that it can handle more transactions, with the majority of miners required to vote for an increase, which then automatically instantly occurs on the ethereum network.

Miners might now increase the soft limit soon as the network can probably easily handle CryptoKitties at the current level because ethereum’s blocksize is at just 20kb. In comparison to bitcoin’s 1MB limit, ethereum’s current blocksize is only 800kb.

0.8MB is tiny really. Just a website page is far more than that, so the network can probably easily handle 10x current capacity, giving it sufficient time and space for solutions to be implemented.

Which means we can keep on enjoying these kitties after all because it looks like there’s much ado about nothing as far as capacity is concerned. Typical cats.