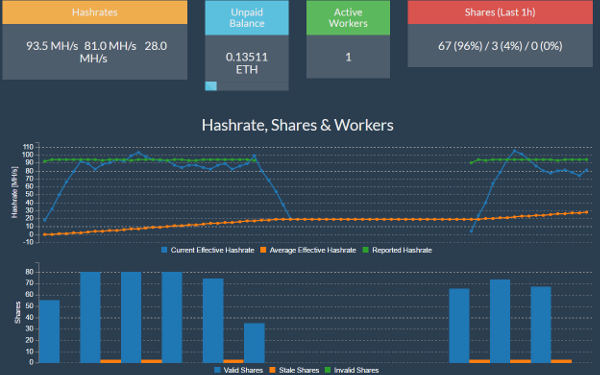 Ethereum’s biggest miner has poured cold water on hopes of a quick solution to ethereum’s current congestion, which has seen many transactions stuck with fees now rising to 10 cent. They say:

“The network uncle rate has already reached levels (~30%) comparable to the Network DoS attacks during October 2016. This means that currently every 3rd Block get orphaned.

Uncles are orphaned blocks. From time to time, two miners find a block at the same time. In these scenarios, one of them is discarded in bitcoin, but in ethereum it’s kept, with the uncle block actually rewarded in eth as the work done is accounted, thus increasing the security of eth’s blockchain.

So then why should miners care about uncles when they’re still being paid for them? The answer isn’t very clear, but Paweł Bylica, an eth developer, says they “have 30% more to process.”

As the biggest ethereum miner, Ethermine by itself can probably currently increase the gas limit by voting for a raise as F2Pool is currently in favor of raising it too. Thus giving a majority of miners, which is all that is required to instantly address the network congestion problem.

Ethermine’s statement, however, suggests that instant solution may not be implemented for now, potentially indicating that ethereum will have to operate as a congested network with increasing fees until the high uncle levels are addressed.

But there are a number of low level protocol improvements that can address the matter in weeks and make it safe to increase the gas limit, as Nick Johnson, from the Ethereum Foundation, says.

The current congestion, therefore, may be very temporary. But while previously it was thought the problem would be instantly solved by just raising the gas limit, it now does appear that it may take a bit longer as developers currently agree that increasing the gas limit at this stage may not be preferable before low hanging fruits, such as increased data compression, are addressed.