Ethereum on Its Knees, Fees Rise to 40 Cent, 25,000 Transactions Stuck 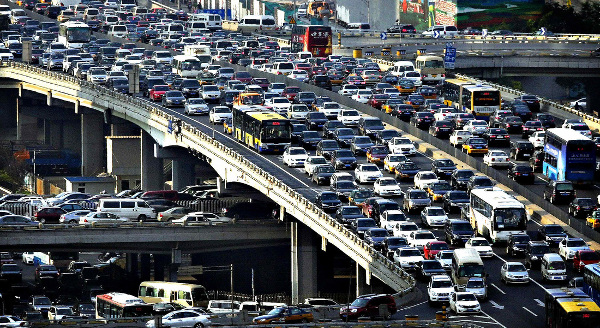 Fees have now risen to their highest level ever, at 40 cent per transaction, double the amount Vitalik Buterin, ethereum’s inventor, ever imagined. He says:

“I never would have imagined that fees would ever be allowed to rise above $0.20.”

They have, raising questions as to why what we are currently seeing was allowed to pass. One explanation might be that few thought the ceiling would be at 700k, with previous numbers estimating capacity at 1.3 million and even as high as 2 million.

The sudden congestion, therefore, has come as a surprise, at least to us, and even more surprising was miners stating they are not raising capacity due to very high uncle rates, to the agreement of at least one ethereum developer.

It seems ethereum has neglected somewhat simple, low level, optimizations, in favor of more comprehensive solutions such as Proof of Stake and Sharding.

The latter especially addresses scalability very thoroughly, raising capacity by orders of magnitude, but that will take some time.

While Proof of Stake might optimistically be ready by summer, but there are potential short term solutions to increase connectivity between miners, thus lowering uncle rates.

As the urgency of the matter has now probably increased to top priority, such solutions may be ready in weeks, but it is unclear whether, until then, miners will really allow this situation to continue.

Unlike in bitcoin, ethereum miners are actually rewarded for orphaned blocks (uncles). A temporary percentage increase, therefore, might perhaps not matter.

However, the situation isn’t simple. Work towards these can kicking improvement will probably delay work on the fuller solutions which can provide far more capacity.

With coding talent necessarily limited, there’s only so much attention that can go around, but fees have risen from sub-pennies to now 40 cent in just three days.

It is unclear just how high they will go, but they do stand far below bitcoin’s levels of all-time highs at $10 or more per transaction.

Yet, that’s probably not a comparison ethereum would have liked if it had much choice. However, the difference here is that ethereum developers do not want such fees and are working on resolving the situation, while bitcoin developers want them to rise so as to transition to a time when bitcoin miners are only paid through fees.

Nonetheless, it is becoming somewhat clear that adoption is very much outpacing development, with ethereum currently on a very limited dial-up like or lower capacity that can be consumed by just one dapp.

The blockchain that is first to solve this problem, therefore, will most probably take the throne of network effects. And although ethereum does have a clear roadmap towards it, whether it can implement it in time remains very much to be seen at this stage as the scalability race continues.