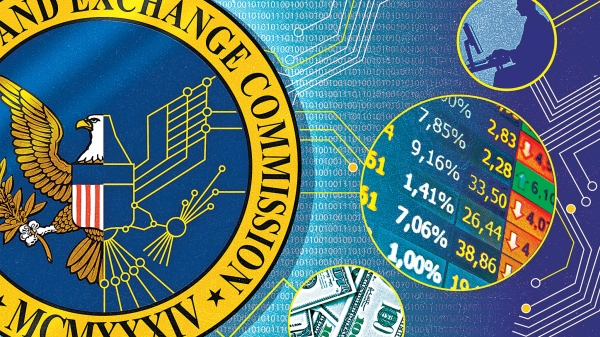 America’s Securities and Exchanges Commission (SEC) has demanded a seemingly legitimate ICO ceases their token sale because, according to SEC, it amounts to “unregistered securities offers and sales.”

SEC appears to have no substantial complaints whatever regarding the ICO, which seems to have a very competent and reasonable or professional team, except that it amounted to a securities offering and it was unregistered as such.

“As the SEC has said in the DAO Report of Investigation, a token can be a security based on the long-standing facts and circumstances test that includes assessing whether investors’ profits are to be derived from the managerial and entrepreneurial efforts of others,” SEC says.

“A California-based company selling digital tokens to investors to raise capital for its blockchain-based food review service halted its initial coin offering (ICO) after being contacted by the Securities and Exchange Commission, and agreed to an order in which the Commission found that its conduct constituted unregistered securities offers and sales.”

They wanted to raise a maximum of $15 million to tokenize their app so that restaurants can incentivize their customers to share photos.

This tokenized model made it a utility, Munchee said in their whitepaper before SEC’s intervention, therefore did not need to be registered with the SEC:

“Munchee Inc. has consulted with legal counsel to assess the possible regulatory treatment by the U.S. Securities and Exchange Commission and relevant foreign authorities in light of developing regulatory guidance,” the company said before concluding:

“Although the Howey test has not yet been directly applied by the courts to any digital currency or blockchain token, a Howey analysis has been conducted to determine that, as currently designed, the sale of MUN utility tokens does not pose a significant risk of implicating federal securities laws.

As such, the MUN tokens, have not and will not be registered or filed under the securities laws or regulations of any jurisdiction. Further, as this is a sale of utility tokens, it is not being provided through any of the exemptions under ​the ​United ​States ​Securities ​Act.”

The Howey test for securities relies on whether it is an investment of money; in a common enterprise; with an expectation of profits; solely from the efforts of others.

While the company, in the whitepaper at least and before SEC contacted them, seemed to argue that the token itself was a utility, thus its value depended on its function rather than solely on the efforts of others.

Munchee has not contested this matter, instantly closing their sale and so bowing down to SEC’s judgment, which means a court is yet to rule on whether utility token sales, let alone something like Decentralized Autonomous Organizations, amount to securities.

This enforcement decision by SEC is very unexpected, because there are plenty of actual scams, such as allegedly Bitconnect, with people even running away with ICO money.

We are unaware of criminal prosecution of individuals who have performed actual scams, thus raising questions as to why SEC is using its resources towards seemingly legitimate projects.

Which may lead to suggestions that they are not actually here to protect the public, but to protect Silicon Valley VCs, who can freely throw away millions without having to go through the very bureaucratic and stupendously time consuming as well as expensive securities registering process.

With the great land of the free so gating out the masses and by the force of law reserving solely for the very rich the value creation process.

Which necessarily entails investing in seemingly promising but very risky endeavours that may fail, yet may stupendously succeed, thus rewarding the risk takers and the go getters.

To whom the SEC is now saying, njet. And doing so without undertaking a public consultation, nor even having any judicial guidance, with the civil service so extending its mandate to judge, jury and executioner.

So opening the way to a jurisdiction with great foresight to see that just as Silicon Valley disrupted many industries under a far more friendly administration, this space may disrupt Silicon Valley, and thus so build in their land the new great engine of growth that may transform the world.