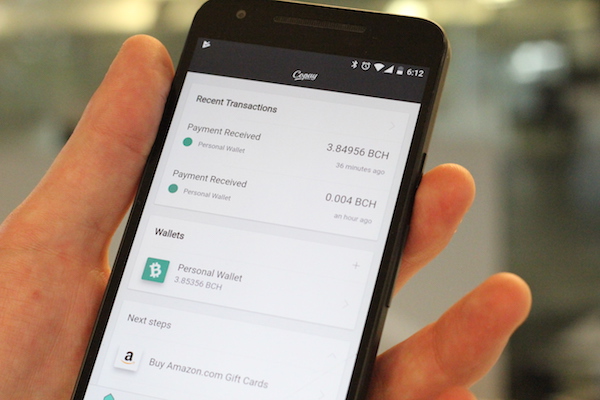 Bitcoin Cash is moving closer to being used as an actual currency with its addition to bitcoin’s biggest and oldest payments processor, BitPay. The company says:

The more than 100,000 merchants who accept bitcoin will now have the option of accepting Bitcoin Cash, with other digital currencies, such as ethereum, potentially to be added in the future.

The reason for this addition appears to be bitcoin’s very high fees and considerable network delays, with BitPay stating:

“Due to the Bitcoin blockchain’s success and rising adoption, demand for Bitcoin transactions is outstripping capacity, causing miner fees to rise on the Bitcoin network.

With multiple blockchain payment options, our merchants’ customers will be able to choose one with features, confirmation times, and miner fee levels that work for them.”

The crypto payments processor handled more than one billion dollars in bitcoin payments this year, with volumes increasing by 300% year over year, the company says.

“Many of the top alternative cryptocurrencies’ blockchains make their own innovations on the features which have made Bitcoin great for payments. These range from faster transaction confirmations to greater payment privacy.”

The addition of Bitcoin Cash first, rather than ethereum, is curious because eth has twice bch’s market cap and the ethereum network handles way more transactions than even bitcoin.

But the company does suggest other currencies may be added, signifying a diversification trend that started in 2016 and continues today.

Due to bitcoin’s congestion, with the network barely able to handle 1MB of data every ten minutes, previously solely bitcoin focused companies, such as Coinbase and now BitPay, have begun adding other digital currencies to their offering.

With Bitcoin Cash one of the top three options and the only one out of the three promoted for its use as a currency for daily commerce.

The network has eight times bitcoin’s capacity, able to handle around 2.4 million transactions a day prior to any further protocol improvements or the addition of the Lightning Network.

That allows for nearly free and virtually instant transactions across the globe in a peer-to-peer manner without requiring permission, very much like cash.

Their aim is to create a virtuous circle whereby employees/consumers, merchants and suppliers all operate on Bitcoin Cash, creating a BCH ecosystem.

With the addition to BitPay, Bitcoin Cash is giving it a second try, with its supporters hopping Steam and others offer it as an option to serve the half a trillion crypto economy.