Estonia Goes Ahead with Estcoin ICO After Successful Political Maneuvering 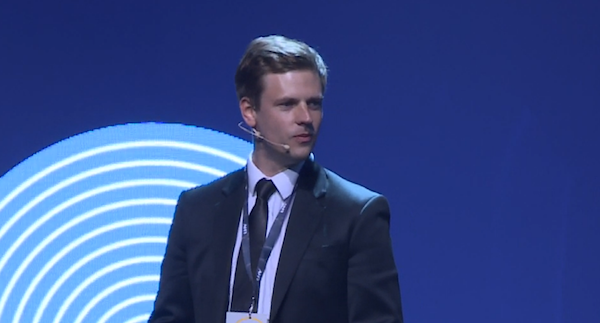 Kaspar Korjus, Estonia’s Managing Director of e-Residency, announced today they are to launch estcoin after some back and forth political maneuvering seemingly culminated in a win for the tiny rich start-up nation.

Mario Draghi, the President of ECB, told Estonia this September that they could not pursue their plans, stating: “no member state can introduce its own currency.”

Estonia’s reply was to call a summit on Fintech, concluding with a strategy of “technological neutrality,” while seemingly implicitly giving the green light to Korjus who has laid out a vision of a digital empire.

We’re not issuing a currency, Korjus effectively said, it’s a “crypto token.” A token which might be implemented in three ways, pegged to the euro, as just tokenized ID or as a community token.

“The community estcoin would be structured to support the objective of growing our new digital nation by incentivising more people around the world to apply for and make greater use of e-Residency.

This includes encouraging investors and entrepreneurs to use e-Residency as their platform for trusted ICO activity,” Korjus said before embracing the Initial Coin Offering (ICO) phenomena:

“Our aim is for Estonia to become the best option globally for trusted ICOs as a result of our public and private sectors working together to make the most of our advantages, including our transparent business environment and our e-Residency programme.”

The young man has taken initiative to work towards a partnership between the civil service and the blockchain space, stating that it was time traditional institutions and the crypto community declare peace:

“We all need to acknowledge that blockchain is developing powerful new solutions that are going to disrupt the world, but public authorities can play a key role in supporting this for the benefit of everyone. In effect, we need a peace agreement between these two sides,” he said.

Something which many might support in the ICO space as it does need reasonable guidelines, but no regulator has shown the foresight to take leadership.

And while Christopher Giancarlo, CFTC’s chairman, showed promise, Korjus might be stealing the thunder from the rest in this surprise announcement as the miraculous year nears 2018:

We can provide clearer guidance on how to legally and responsibly launch an ICO within our regulatory environment,” Korjus said.

While Germany and France sleep at the wheel, the young ones are taking the steer. A reinvigorated Austria has in particular expressed ambition to show leadership in the blockchain space, but it is Estonia that is far ahead.

A Finnish people that have far more in common with the Danes and the Swedes than the Russians or Lithuanians, they are busy ensuring their usually short lived independence by embracing technology.

And while Britain is mired in Brexit, with American regulators now giving conflicting signals, Estonia may be doing what London did in 2014.

At a time when New York came down with heavy handed laws, the Chancellor declared Britain was open for business, flying the Fintech flag and reaping the rewards.

Now, Estonia takes the ICO banner and goes further to become part of a space that might transform the world.