The headlines are Tezos, EOS, and Filecoin, with each raising hundreds of millions, but there is a long tail of innovative projects in the year the capitalist money making system opened to the masses.

Some 300 eth based tokens, with most if not all of them ICO-ing in 2017, now have an incredible market cap of some $70 billion, standing at around 50% of the market cap of eth itself.

Which might suggest the boom last year was perhaps due in part to ICOs and the frenzy of innovative activity they unleashed in the wild west waters. CB Insights says:

Activity in traditional financing, however, is at highs too. Coinbase takes the headline as the newly minted unicorn, raising some $100 million in a series D. 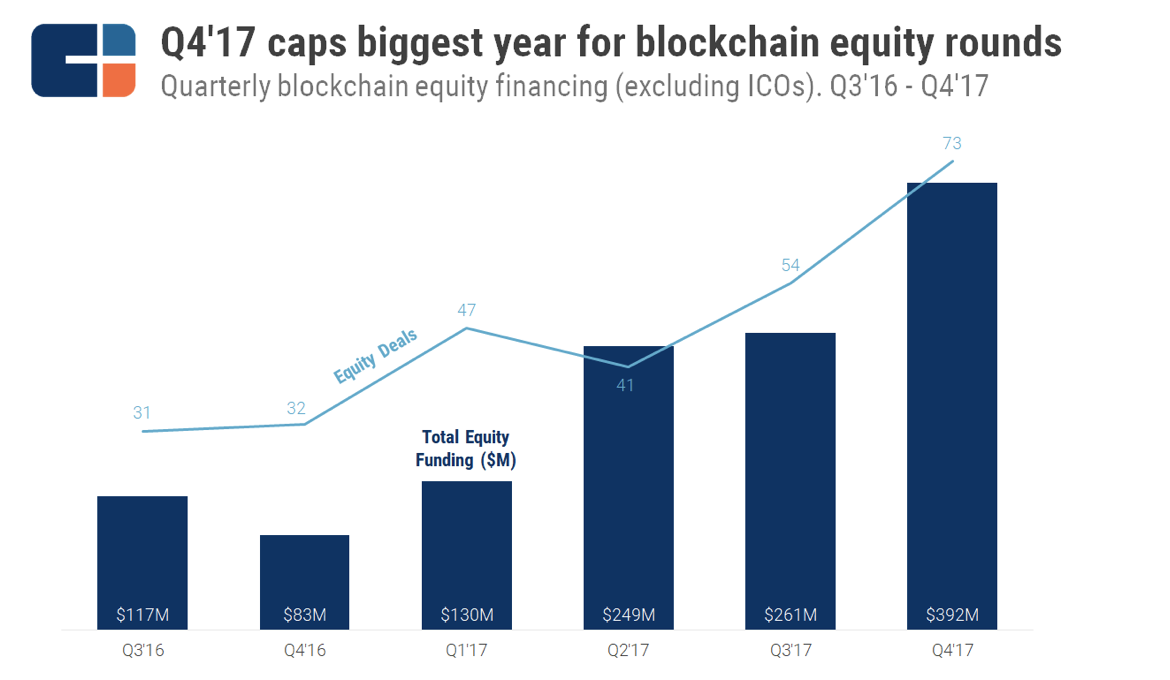 We’ll have to wait and see whether this trend continues this year and what exactly the 800 ICO deals will produce, with most of them necessarily falling and some hopefully rising.

But a new phenomena has clearly developed last year as innovation and its benefits are opened to the masses, with smart but not billionaire individuals now able to take calculated risks just like the elite.

A trend the former banker’s lawyer led SEC clearly doesn’t like because they want to enforce their protectionist laws, keeping the gates closed to the masses while feeding sweet hunny to their rich buddies.

But whether anyone will pay attention to SEC in a global phenomena with competing jurisdictions remains to be seen as the digital revolution keeps on marching.