Bitcoin,Bitcoin Cash,Crypto,Ethereum,News Crypto Rises, Dollar Falls, as the US Government Shuts Down – Trustnodes

The US government has shut down, with now just one individual manning the Canadian border as the Republicans and Democrats play political football with children, or dreamers as they are called – individuals who came to America while babies, but are now somehow illegal.

It is very probable neither party really wants to send them back “home” – wherever that is – but both parties are using them as “chips” to get what they want.

Trump wants a real border with Mexico. Yes, he wants to build an actual real wall. He is also “giving” Democrats a six-year extension to a health insurance programme for children in lower-income families.

Schumer was having none of it, wanting an extension to permanent legal status for the dreamers, but no wall. So he shut it all down. Now what?

Well, much of everything will keep on running as normal. The tax office is still open, as well as real essential services like uniformed personnel, such as the police, doctors, courts, etc.

But there will be some noticeable changes at the edges. Some medical trials might not go ahead. Parks, museums and the rest might close and if you work for the government you might have to stay home.

“Most staff in the departments of housing, environment, education and commerce will stay at home,” the BBC reports before adding:

“Half of workers in the treasury, health, defence and transportation departments will also not be going to work on Monday.”

The US GDP might also be hurt a bit as state productivity – whatever is left of it – might fall somewhat, but it remains to be seen how long this will last.

Something which will probably be determined by who the public blames in hopefully respectable polls so leading the blamed party to concede and get things back to normal.

But that might not be until the dollar gets even more of a hit. Afterall, if the government can just shut down why would you trust their “backed by the government” fiat paper?

The markets don’t today, although it might be a continuation of a bear trend in the dollar as it has fallen for much of 2017 and continues to fall today as shown by this FT chart below: 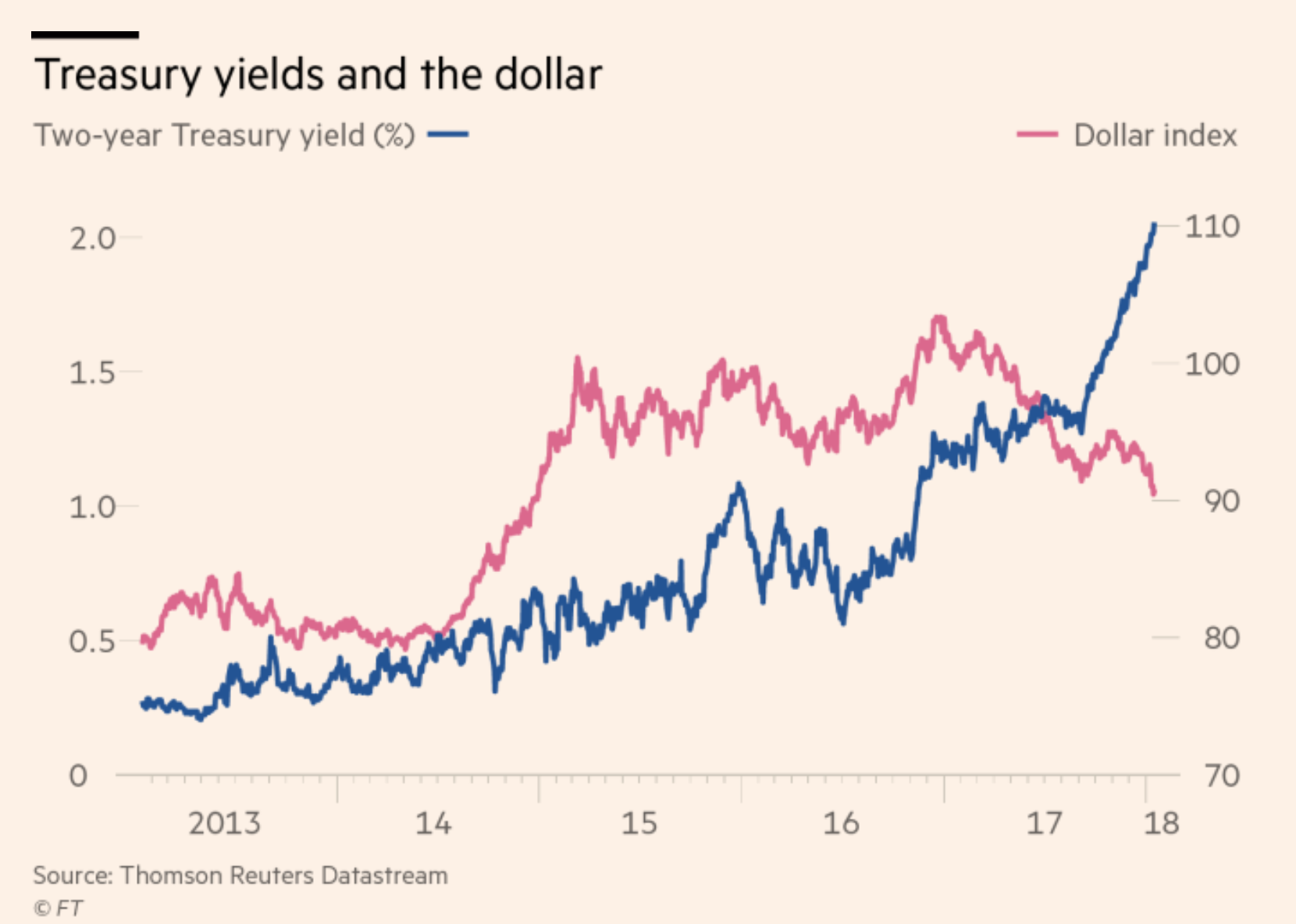 Bitcoin Cash has increased by less, “just” 3%, but is seemingly nearing $2,000, while Ripple is sliding downwards, losing nearly 6% today.

Is this rise really due to the US government shutting down? Maybe. People could be losing faith, especially with a sliding dollar, and might try and find at least some safety in crypto.

But the US has been here before, and each time the rest of the world wonders: just how can you shut down your government? While Americans might wonder: if you can just shut it down, why not keep it like that?