Coinbase Handled $1 Billion in Revenue Last Year, Will They IPO or ICO? 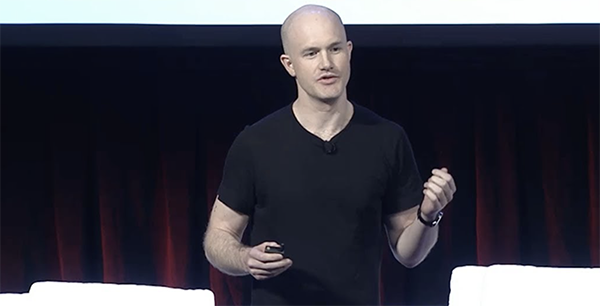 The biggest crypto broker and exchange has seen booming interest during 2017, earning almost double the expected revenue of $600 million to more than one billion dollars.

“The company’s valuation has likely at least doubled since its last valuation of $1.6 billion in August,” Recode says before further reporting:

“Coinbase was only expected to do about $600 million in yearly revenue as of September 30, according to people with knowledge of the figures, but bitcoin’s run between Thanksgiving and Christmas boosted the company’s 2017 revenue to over $1 billion.”

That makes it one of the most valuable crypo-company, with its customer base rising to more than 13 million, higher than the trading giant Charles Schwab.

That has led to significant interest from VCs and other investors desperate to get their hands on Coinbase shares, but the crypto broker is strictly forbidding any sale of their stocks, stating:

“As a private company, Coinbase does not allow trading of stock on secondary markets for a variety of reasons, including the fact that there is not full and equal information available to the market.

We will take appropriate action if we find people have sold Coinbase shares in violation of our agreements not to do so.”

They raised $100 million during summer, with another potential round this year giving investors the opportunity to take some shares, but some fear the exchange might instead be ready to go public in an IPO and launch on the stock market.

As the only crypto company to potentially do so, they might be the sole choice for more traditional investors to get involved with this space besides the Stockholm Nasdaq traded crypto ETNs.

But could they instead do a regulated Initial Coin Offering (ICO), rather than an Initial Public Offering (IPO)? It does appear unlikely, with the Silicon Valley based crypto giant always playing it safe.

However, as an apparent backer of the Ethereum ecosystem, they might at least consider it, so opening their shares to all, rather than limiting the initial launch to just Wall Street bankers.