We are trialing something new by daring to go into the world of Technical Analysis (TA) where Dmitriy Gurkovskiy, Chief Analyst at RoboForex, will tell you in a guest editorial whether any given crypto might go up, down, or sideways.

Some of you may find it useful, so we thought to give it a try. Which means we’d really appreciate your feedback, so let us know whether you enjoy these posts, whether you don’t, or whether you are sideways. 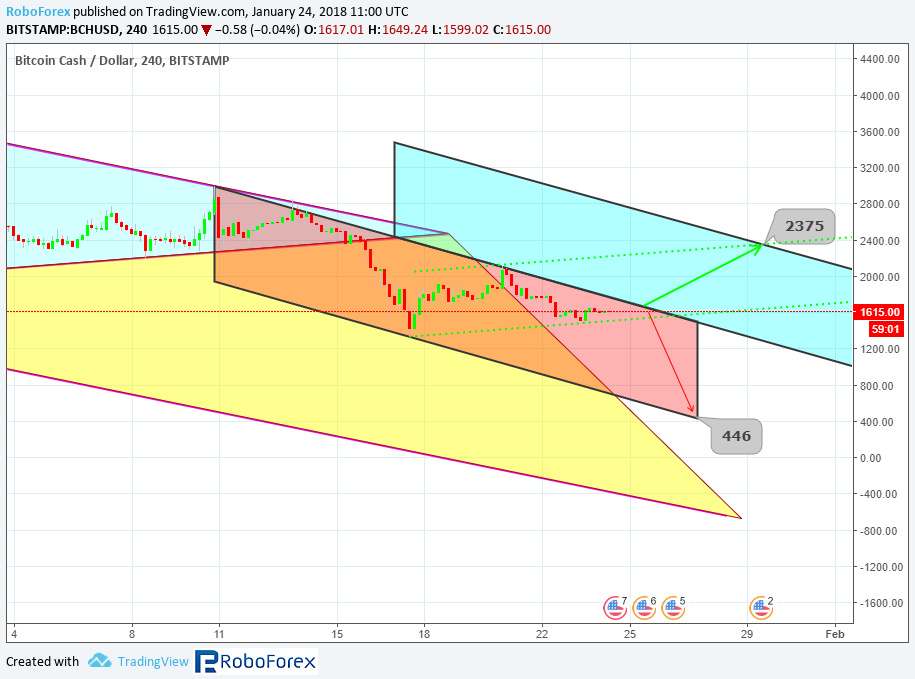 Technically, Bitcoin Cash is still downtrending. The future situation will be determined by the results of testing the resistance of the short term descending channel. 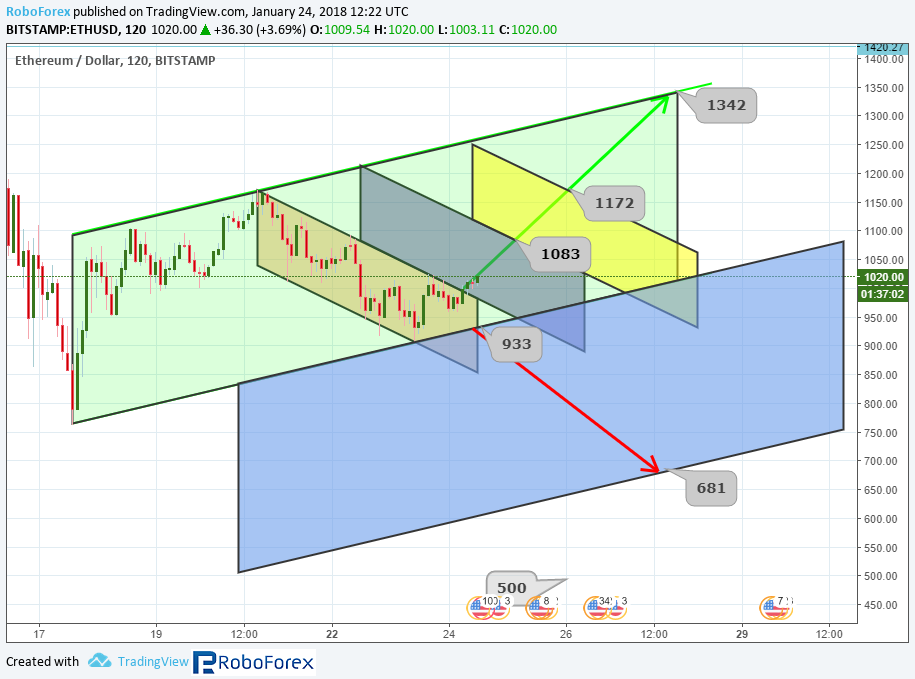 On H2, Ethereum made a new high, with a new uptrend channel forming. This channel could well lead to the resistance at $1,342, although some minor growth waves may be expected before that.

The market has already taken some action, with the short term downtrend reversing after local resistance breakout and the price entering a projection channel. 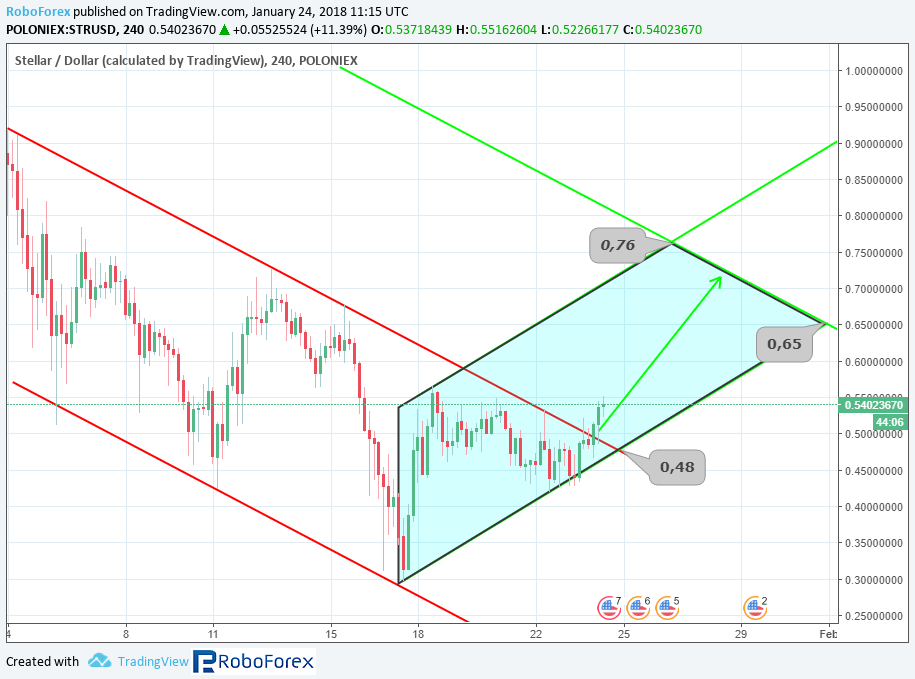 Technically, there could be a reversal on Stellar, as the previous downtrend resistance is being broken out.

This is a classic chart pattern, and the target of the newly forming uptrend should be located at the projection channel resistance. 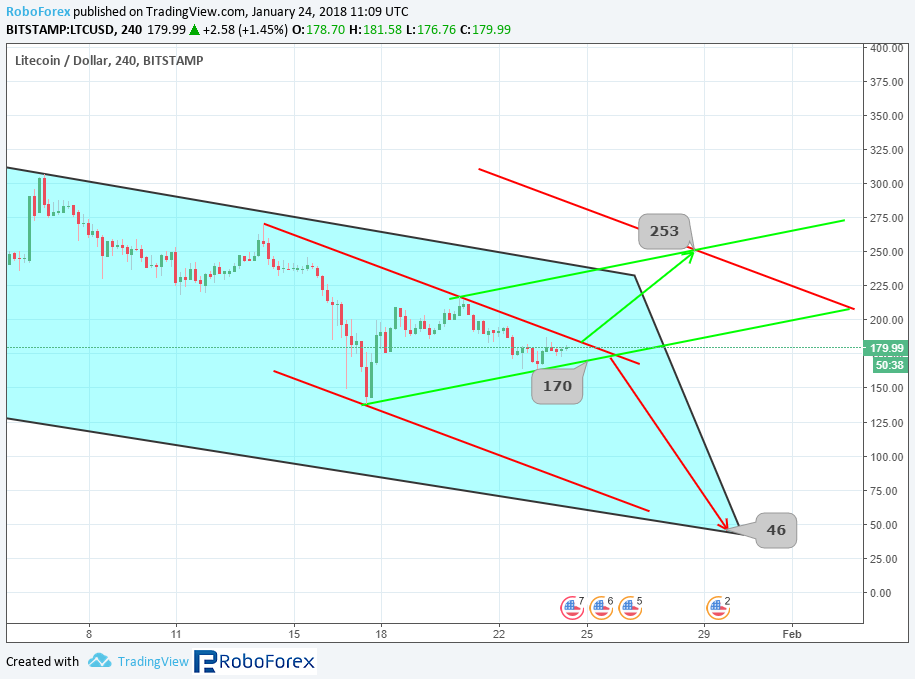 Litecoin is still downtrending. The most important factor, however, is the testing of the local descending projection channel. If the resistance is broken out, the price may well go up to reach the major channel resistance at $253. This scenario may also signal the overall trend reversal.

In case the price bounces off the resistance and goes below the support at $170, the downtrend may continue till the price reaches $46. The psychological support at a round number ($100) is also important here. 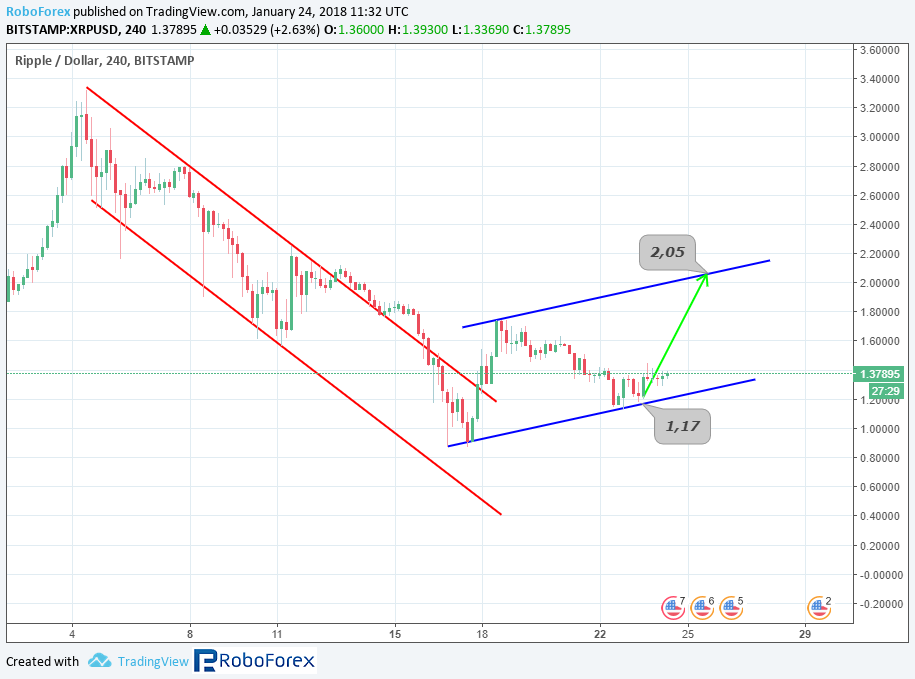 Ripple reversed its downtrend and is now uptrending. The downtrend was strong and steady, with a very tight channel.

Conversely, the current uptrend channel is wide, which can mean that this is just a pullback. The new low has determined both the channel width and the assumed target, which could be at $2.05, with the support at $1.17.

Forecasts presented in this section only reflect the author’s private opinion and should not be considered as guidance for trading. RoboForex and Trustnodes bears no responsibility for trading results based on trading recommendations described in these analytical reviews.