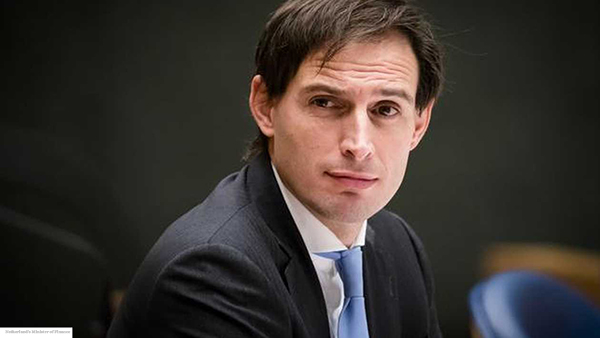 Wopke Hoekstra, Netherlands’ Minister of Finance,  wants to make clear in a few weeks whether a ban on bitcoin is desirable and possible, according to a rough translation of local media reports, which further say:

“Parties in the House of Representatives demand measures against so-called crypto coins and other controversial financial products.

According to the minister, ‘our collective thoughts’ go in the direction that it is desirable, but that requires a test. The same applies to the possibility of a ban, the minister said. He hopes to be able to inform the House within a few weeks.

Hoekstra warns about bitcoin under the motto: thinking before you start. Supervisors of the Netherlands Authority for the Financial Markets and De Nederlandsche Bank also point to the risks.

Despite this, the number of people in the Netherlands who invest in it is not decreasing dramatically, the minister observes.”

This is the very first time a western government has indicated they might be moving towards a crypto ban. A task technically impossible due to its peer to peer nature.

But that Netherlands is to be that western government is a curiosity. Not least because the country is no where near even the radar of the crypto map.