A New Crypto Launches That’s Exactly Like Other Cryptos, But With Memes 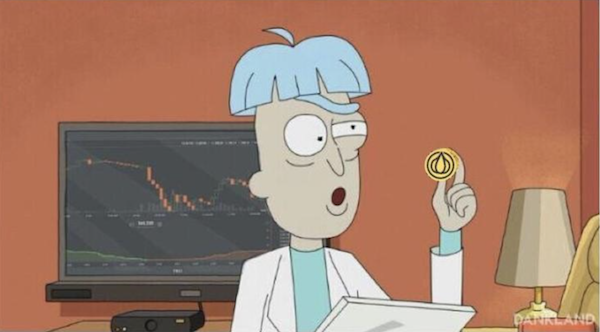 Garlicoin. A new crypto that boasts of being exactly like any other, employing the latest copy and pasting technology to do just what other cryptos do, has launched recently to much fanfare, crashing reddit.

Kids, all of them probably high school kids, and we have the evidence to prove it (none of this is in anyway serious. Plenty is satire, irony, sarcasm, or a mixture).

We’ll give it to them though. They’ve managed to achieve in one month what Tron hasn’t been able to in god knows how long despite having a billions market cap.

And unlike Tron, they actually have a working product. Plus, they don’t pretend to have a whitepaper. Double plus, they have memes:

“I’m ENRAGED by my limited understanding of everything going on,” a Garlihead says. But where did these people come from? Is it that 4chan guy again? Who knows, their “official” stance is that some guy did some things:

“On December 25, 2017, Reddit user u/DigitalizedOrange presented his dream to the newly-found Garlicoin community: to create a cryptocurrency to revolutionize the memecoin market.

Shortly there-after, the community exploded into action – a development team was assembled rapidly and the testnet went live shortly after. On the 21st of January at 2pm EST, the mainnet was made public and the memecoin market was changed forever.”

They had airdrops on social media and as you can see above that led to successfully hitting the very front page of reddit quite a few times.

The power of memes. “Thanks to my desktop being used for mining 24/7, I’m stuck on my laptop, which isn’t good for gaming.

So instead of gaming, my free time is now spent doing freelance work and catching up on side projects. Never thought I’d see the day where a meme would motivate me to work more!”

Poor gamers, first eth, now this. They might actually have to do stuff! Nvidia, though, might now face scalability problems after PCodeXbro told everyone how to get some garlic bread with GPU mining:

Kids, with their miners and their gears and their memes. But underneath the fun and games, there’s plenty of learning.

Instead of spending time figuring out how to set-up an addictive game, students might learn a tiny little bit of coding to set up a miner.

And in that world they might see something very new and something quite underappreciated. How it all suddenly goes into action, how it moves across the screen at speed, how they’ve just commanded something to do work for them.

And the memes are not without effort either, but with everyone now being an expert in photoshopping, image editors might be in far too much supply.

In the end it is all a parody of sorts, which in the process might teach them to not invest any serious amounts, but only play money, stuff you can afford to lose.

A parody of many things. Some 1,200 real people, have signed with their real name (we assume), a petition asking the US government to have domino’s pizza accept Garlicoin. Because as we all know that’s how you get new merchants.

It is a parody of the government too, for how can anyone really regulate this thing when some kid in the basement can create an entirely new crypto system in just days.

But, fundamentally, it is just a bit of fun with the sums involved at a market cap of only around one million dollars.

And in this time of peace, a booming economy, and great prosperity, why should we not have a bit of fun? Fun, which in many ways can reveal far more truths than any upper lip statement.