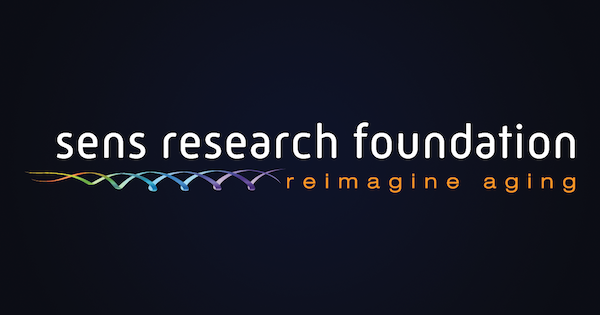 “I’ve been a fan of Aubrey’s work since I first read Ending Aging when I was a teenager, and I am happy to have been blessed with the opportunity to personally support SENS’s efforts.

Their focus on creating solutions to the diseases of aging, one of the greatest problems facing humanity, is very much in line with my goal to positively impact the lives of millions of people around the world.”

Dr. Aubrey de Grey, Chief Science Officer at SENS and recently dubbed “probably the world’s leading advocate of life extension,” is researching whether regenerative medicine can prevent the aging process. According to wikipeadia:

“He works on the development of what he calls “Strategies for Engineered Negligible Senescence” (SENS), a collection of proposed techniques to rejuvenate the human body and stop aging.

To this end, he has identified seven types of molecular and cellular damage caused by essential metabolic processes. SENS is a proposed panel of therapies designed to repair this damage.”

Regarding the donation by Buterin, Mike Kope, CEO at SENS Research Foundation, said:

Our work to cure the diseases of aging is dependent on the generous support of our donors and we appreciate his support tremendously.”

Buterin, who currently holds at least 375,000 eth, has announced a number of donation proposals to support innovative projects within the blockchain space.

But this is probably the biggest known donation by Buterin, who is seemingly supporting the end of aging or, at least, the increase of life expectancy.