Where Did the Three Trillion Dollars Fiat Block Reward Go? 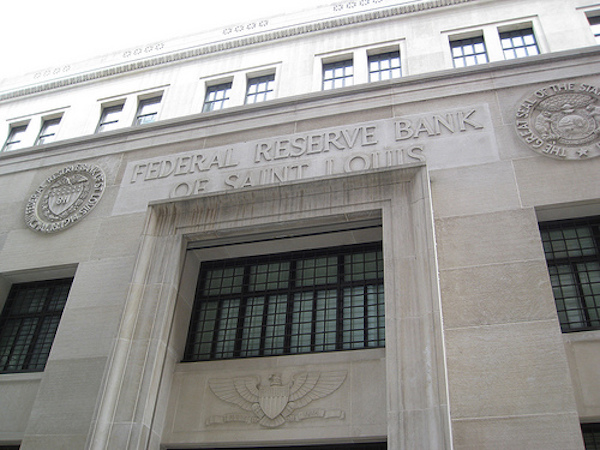 The monetary system is so obfuscated that even academics and those who spend their life studying it apparently have no clue how it works.

For decades they have been telling us in our school textbooks that money is created by banks lending 10x on the deposits you give them.

But then the Bank of England came out this decade to say that is completely wrong. Money, they said, is created purely and solely by a bank deciding they are to lend that amount of money. That is, when a bank lends you $10,000, that is creating, out of completely nothing, $10,000.

That $10,000 is your debt owed to the bank, and from the bank’s perspective, it’s their asset. When it’s paid off, you have no debt, the bank doesn’t have that asset, so it vanishes.

What doesn’t vanish is the interest you have to pay on that debt, which often, across the lifetime of a loan, amounts to around $10,000. That interest, created pretty much from absolutely nothing, remains a bank asset. Which in effect means new money was created by fiat mining commercial banks in a round about way and very much out of nothing.

Then, there is the literal money creation directly from nothing and from your assets/property indirectly. The Federal Reserve Bank of St. Louis shows in a chart an incredible spike of new money from 2008 until 2014, when some three trillion dollars in coins and papers were printed.

That is magnitudes higher than the total sum of money created since records begun, but where did it all go? Who was given three trillion?

The story repeats across the board with an astonishing amount of new money created in England, just as in Europe.

A spike so rising with speed after 2008, but who was given this newly created money? Certainly not the government, which is in deep debt itself rising to $22 trillion in US.

We’re all familiar with coins and papers. We use them everyday in exchange for everything. They’re a key of sorts that unlocks your weekly shopping or your travel at speed in the subway.

But they don’t come from nothing, initially. Someone has to produce it at a cost of around ten cent or so for a twenty dollar bill. In that process itself you could say value was created for the producer, in this case effectively $20.

That value didn’t come from nothing. It was taken away, subtly and almost unnoticeably, from everyone else because now they have a twenty, which means your twenty is worth less as it became less scarce due to increased supply of twenties reducing the demand from merchants for it. But who exactly got this first fresh $20?

With cryptocurrencies, it is whoever owns the miners. They get 12 new bitcoins every 10 minutes and they keep it, do with it what they please, under the rules of the code as we all set. Who are the dollar’s paper miners?

Quite curiously, the Federal Reserve debt increased by around three trillion dollars at the same time. One reading would be that their use of debt or credit is different from yours or mine. A debit card is not called a credit card because the self-centred bank is naming it from their perspective.

That is, the $1,000 you have in the bank, is the bank’s debt to you, thus debit card. They can, of course, default on that debt, like anyone can default on any debt and like banks effectively did in 2008.

In the reverse, the credit card is called credit because you owe a debt to the bank, so it is the bank extending you credit. Which, if we turn back to the fed’s debt, amounts to they in effect saying they owe us three trillion.

But where did that three trillion go? This was money created from nothing, taken from us. Therefore someone, some group, or some entity, is three trillions wealthier or has made profits of three trillions. Who?

You could say that three trillion has been extended as credit which must be paid back, unless they default. That the sum is in effect borrowing from the future and from the present of us all.

In that case, wouldn’t they be deciding who is a billionaire or remains a billionaire? If they can simply extend a billion dollars to whoever they please, with the hope they pay it back, do they not have the ability to make kings overnight?

How are such decisions made to extend trillions, not billions, and to whom or what entity was such money extended? Did they have a fine credit rating as we must to buy a house or be punished in money burning rents?

Who decides what business floats and what business goes under, what money can be “borrowed” from the future and what individual must live with what money they have and see it so being taken away in favor of god knows?

Who must toil in the present while some live like gods from our work and that of generations to come? Shouldn’t this be a public matter? Shouldn’t the fed chair be elected? For if anyone is given such unchecked power, even a literal angel, they most certainly will not use it without abusing it.

Audit the fed! Open every little part of their books. We must see who is taking our money, why, and whether they should be doing so at all. We must have accountability over the foundations of everything, our currency. And we must see who can live in the future we pay today, why they can do so, who can not, and why they can’t.