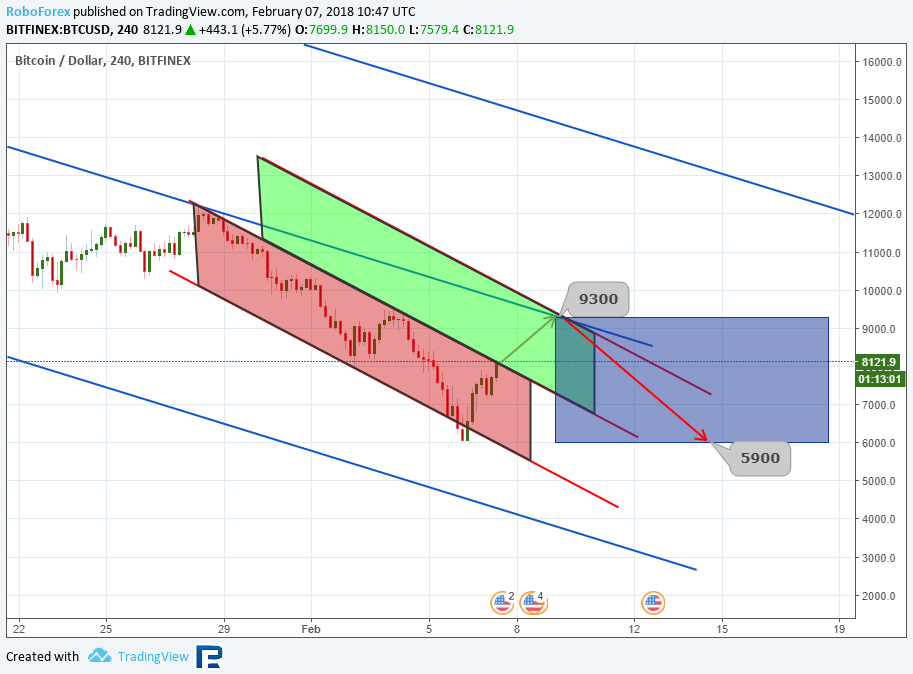 Speaking mid-term, Bitcoin is still headed down; however, the short term downtrend is now testing the upper channel line, which could mean a further upmove towards the projection channel. $9,300 will be the target in this case, which is at the same time the midterm channel resistance.

After this target is hit, a new downmove could be expected, reaching a local low at $5,900. Then, a consolidation range may form between the support and resistance, $5,900 and $9,300 respectively. 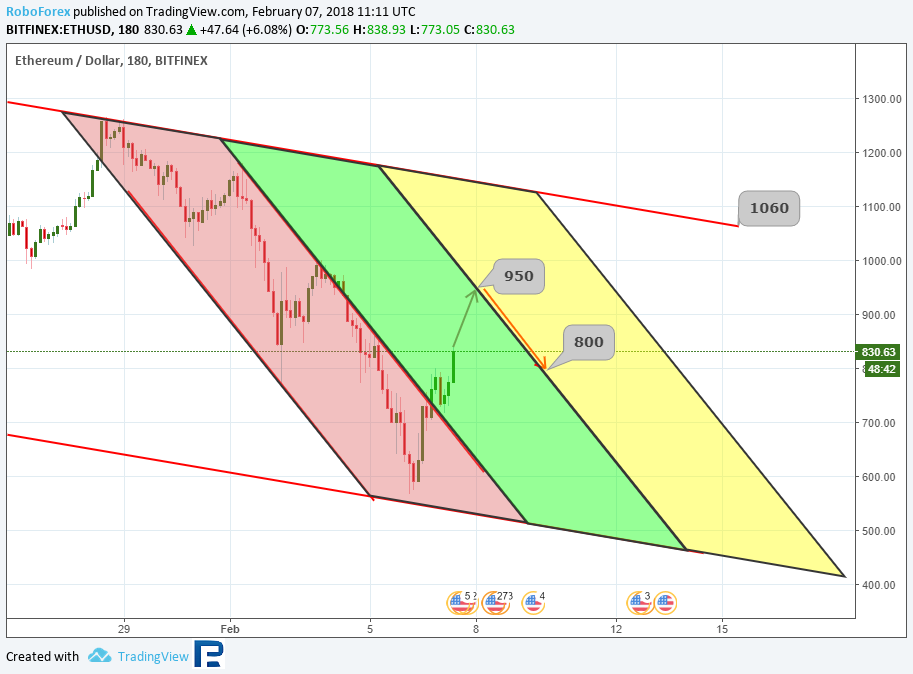 Ether H4 chart shows the price has almost achieved the midterm downward channel support. The way Ether is moving now is most likely a downtrend correction.

After breaking out the short term down-channel resistance, the price entered the upper projection channel and is now trying to reach its upper line at $950. Once this goal has been achieved, a short term pullback towards $800 may be expected.

The ascending correction has its major target at the upper line of the midterm downtrend channel, which is $1,060. The important round number at $1,000 may also act as a resistance. 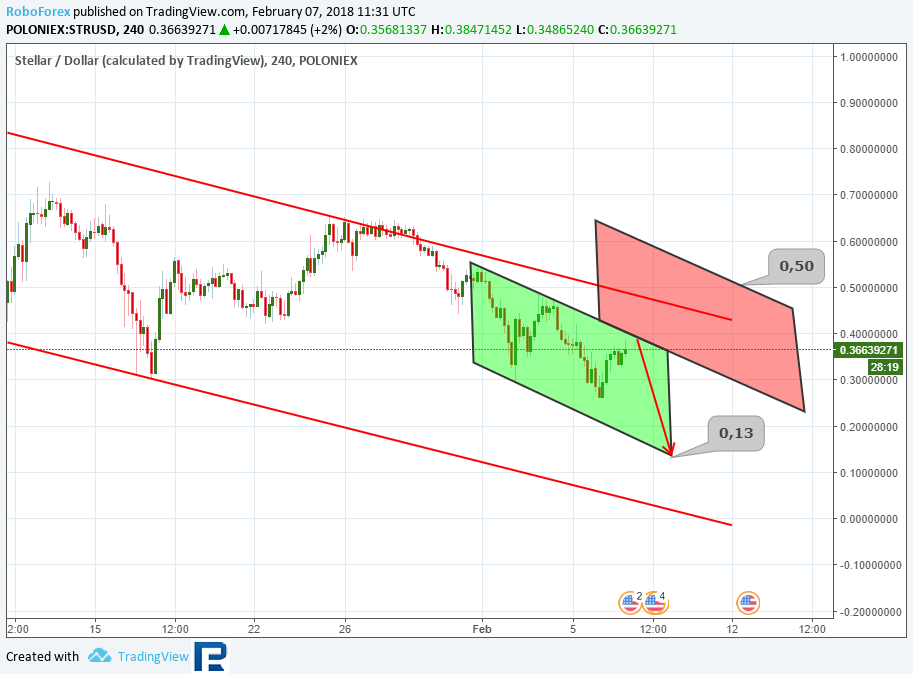 Technically, Stellar shows a newly born correction headed upwards. The downward channel is still there, with only the last low being fresh, so what we can see now is just a pullback after the previous downmove.

For now, we should expect the resistance to be tested and the price heading down towards $0.13. This way, the coin would enter the long term consolidation area, with a further upmove becoming possible.

In case the short term downtrend resistance is broken out, however, the price may well enter the upper projection channel at around $0.50. This resistance is higher than the one of the major downward channel, so this move may mean a change in the current trend. 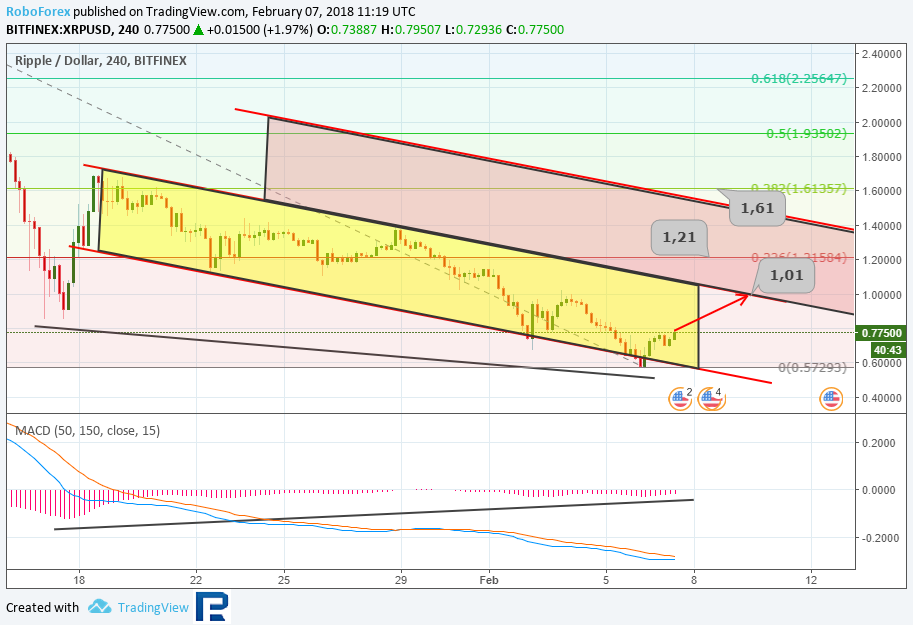 Ripple charts show the downtrend is continuing, while the price and the MACD are converging, which could be interpreted as a reversal signal. Fibo-wise, the immediate upper pullback targets could lie at 23.60% ($1.21) and 38.20% ($1.61).

In terms of chart analysis, we can well see the price has just bounced off the descending channel support and is heading for the resistance at $1.01. Once this resistance has been broken out, the price may well move to the mid term targets.