Berkeley Plans to Launch an ICO Token Backed by Bonds 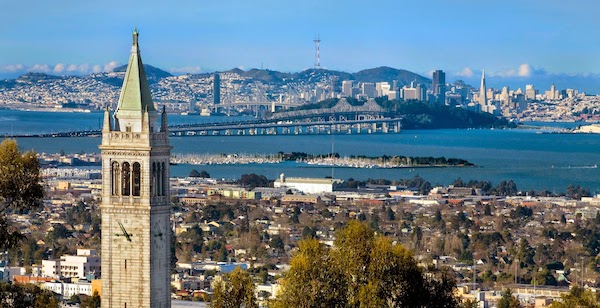 The city of Berkeley, California, has partnered with a San Francisco-based tech platform, Neighborly Corp, to launch the Berkeley Blockchain Initiative (BBI) which:

“Will leverage blockchain technology to develop a first-of-its-kind tokenized municipal bond compliant with all regulatory requirements,” according to a statement.

Berkeley is considering a token sale backed by bonds to fund public services, with the local authority so considering issuing official debt on the blockchain rather than through traditional means. Berkeley Mayor Jesse Arreguin said:

“Cities must look toward new funding methods to solve their most intractable problems, especially in the face of diminished federal support. Berkeley is proud to once again be leading the way in solving problems through public financing.”

The new tax reforms have reduced incentives to build affordable public housing, with homelessness doubling in Berkeley since 2009.

The council might further be facing funding pressure by the federal government, with Trump even suggesting they might pull federal funding from UC Berkeley after they cancelled a speech by Milo Yiannopoulos in face of violent protests.

“Berkeley is the center of the resistance, and for the resistance to work, it must have a coin,” Berkeley City Council Member Ben Bartlett said. With the city so seemingly planning to gain financial independence from the federal government through the tokens phenomena.

They would join Estonia and even Venezuela, with Berkeley potentially becoming the first local authority to issue tokenized debt fully backed by local taxes.

“As federal assistance dries up it is imperative that we leverage our own resources for greater impact,” Bartlett said after further adding:

“Blockchain’s benefits, such as security, efficiency, transparency and speed, are not only applicable, but much needed at the government level to deliver better and more streamlined services to the people who need it most.”

Details are sparse at this point, but with ethereum being the dominant platform for tokens by far, it is probable they will use eth if they do go ahead with the ICO.

Unlike most other ICOs, the Berkeley tokenized bonds would be offering interest as they are in effect borrowing from the public with a promise to pay back through taxes or federal funding.

Such interest, however, will likely be at a very low 1% or so because bonds are generally seen as safe assets to park your money.

But that $4 trillion municipality bonds market might start being disrupted if Berkeley does pioneer its tokenization. In which case we will see whether tokenized bonds will remain as stable as traditional bonds, especially if they freely trade in the usual crypto platforms.

“Berkeley is home to socially minded investors, and a top-rated public university with some of the most talented engineers in the world,” Kiran Jain, chief operating officer at Neighborly said before adding:

“By combining forces, we are well positioned to create a model of civic capital formation that can directly address a community’s most pressing challenges.”

How this pioneering project will perform in practice remains to be seen, but it appears clear now cryptos are maturing and entering more traditional fields, with age old markets potentially so facing disruption.