Brave Browser Readers Just Gave Us Some Eth – is This Actually Working? 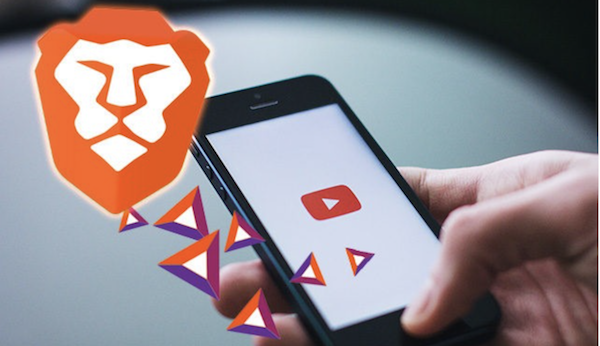 While everyone was busy shouting bubble, bubble, and we were busy shouting: you’re a bubble, eth based projects and tokens are moving along, quietly, without much complaining.

That’s quite an achievement in itself, suggesting Mozilla’s co-founder, Brendan Eich, and his team clearly know what they are doing.

But if convenience is not a good enough reason, free money might be. They just give it to you because that’s sort of the whole point of the project.

That’s our dashboard, so it’s not much and at current BAT prices of around 3 cents per BAT it would not cover our servers for a month let alone anything else, but it is something, and it is free.

We’ve covered Brave/BAT before. They are trying to replace the advertising model with a token model, so instead of paying a website directly or google adsense, advertisers buy bats. Then, they give some of that bat to brave surfers who pass it on to publishers based on the time spent on their site.

Theres a github issue opened on Brave for Trustnodes specifically because they can’t get rid of ours ads (yes, we’re smart). So the premise might not always work, but our ads are so unintrusive and sit like furniture on the website you probably don’t even want to remove them anyway because we look at our site probably more than you do and we certainly do not want to be any more inconvenienced than you do.

But some publishers are less caring, showing flashy banners that make it impossible for you to read. Those ads do not show on Brave as far as we have seen.

The browser has become somewhat popular with youtubers in particular where it might actually have a chance to compete with adsense which probably pays them pennies.

But it is also more generally seeing growing usage, with Brave recently stating they now have 1.4 million active users, 200,000 added in just one week.

We were very tempted to become one of them. We didn’t for two reasons. Firstly, although the browser looks slick and minimal without much distraction, the tabs and the top menu part does take more screen than Safari.

Secondly, we couldn’t remove the orange Brave icon sitting at the top of the browser, which we thought was slightly distracting.

On other aspects, the publisher dashboard could have more stats. It currently provides none, but it could say how many users there were or how much time was spent.

Equally, on the users side, it does say how much time was spent on a site, but it doesn’t say how much bat was given, although it does allow you to choose what percentage you give to each site, so with some effort one could figure it out.

One significant problem here seems to be the lack of distinction between publishers and businesses. Which isn’t a problem if you manually manage how funds are distributed, but under the auto-include option, Gdax, for example, might be taking the lion’s share on top of the trading fees they charge.

There are also more higher level matters. If a quality website, for example, has arranged direct advertising with a merchant, replacing that with cents of bats does have ethical questions especially as bat automatically has an in-built adblocker.

If the revenue from bat compensates then there wouldn’t be much complaining, but with that looking unlikely at this stage, a number of major papers, including NYT and WSJ, have already gotten their lawyers to send some strong worded letters.

At an even higher level, the biggest question is: does it really make sense to pay readers? What for? It is, of course, part of bat’s model as advertisers pay users to see their ads, but whether that premise makes sense is unknown at this stage.

Ultimately, it is all an experiment and considering the ever growing usage of adblocking extensions, it might be a necessary experiment.

Because news reporting does take time, effort and resources, which means someone has to pay for it. Who that someone should be is currently in a state of flux in the news business, with many trying different models.

Bat does look like it is moving towards being one such model in that experiment, but whether just time spent is a sufficient distinguisher and whether there would be sufficient revenue to support publishers, remain a very open question.