Love Descends on the Crypto Court 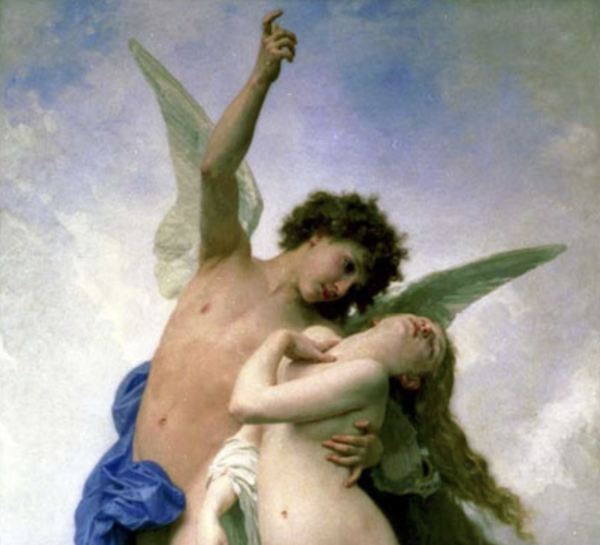 The boredom of winter all are to relieve with a feast on this Valentines at a land far away, yet so very much near our day.

We have been given exclusive access on the condition we engage our muses and miserably fail to entertain on the day “every bird cometh to choose his mate.”

Bitcoin, dressed in gold with a stupid hat to show his number one, briskly walks in tenderly, annoyed, and even saddened contemplation.

Muh lord, maybe… – tries a brave courtier. Shh… – pulls his wife. Tell it as a joke – recommends a child. If roses are blue, violets are red, how old are you. *Laughter*

Shut up, I’m not old! Am I old? – no monsieur (chorus). I’m getting old, bitcoin concludes, while resignedly falls on his chair with his head resting on his right hand, looking through the palace window at a young couple deep in love in the garden.

Wow, those trainers, where you got them? Bch asks. You know, the strangest thing, I woke up this morning, and these super cool slim fit yellow pants, this colorful tee with bright paintlike green blue orange pink and everything, as well as these mauve trainers, all laid out on a chair as-if on a person, Eth says.

Ha, must have been a team effort, but who could be? – Bch ponders. You know, no idea, says Eth, while flicking his blond hair and betraying some naiveté through those blue eyes.

Lalalala, who am I. Lalala, love abound. La, La, birds here you come. Lalalala, give me some love.

An angel, Eth says, my heart she has take. So slender in all ways, as if for me made. Her hair like a riveeeerr, surely for me. Her eyes, o there I could SO swim.

Eth’s body, without thought, does jump on the river below. Help, help, I can’t swim, he cries. Splashing his arms like about to go down.

In fright, our lady bird into a thousand dolphins transforms, coordinating in unison the transfer of Eth from one and other nose, to then become once again the beautiful girl of ruby like hair.

1, 2, 3, in panic she counts while pumping his chest, then a kiss, which makes eth completely red. Pretending to cough, mixing it with a laugh, awake he becomes, upon her arms.

Fixated at first she stands. You’re alive! Thank god! She shouts. You saved me, how can I repay the debt, Eth asks with zero hesitance.

(In a long version this would have sent him into a long journey to god knows where. In this version…)

Eth, Eth, are you alright? Shouts Bch. Oh thank god you’re alright, he says as he nears and sees he is fine.

What happened?! I fell, Eth says to aside, a cupid pierced my heart. She’s not a cupid, she transforms into dophins, Bch says. What, you’ve lost your head, says Eth, no more mushrooms mate!

I didn’t catch your name, with a smile and full of charm Eth turns to our girl. Dapps, she says, I’m Dapps. The most beautiful name I’ve heard is certainly yours, Eth is I, he says while smoothly to her walks.

You’re charm, my heart no longer mine, those lips in an instant have made it yours now, Dapps silently says as love at first sight nears a kiss alright.

Dapps, Dapps look what I found, a little Omg shouts running around. That is beautiful, Dapps says while looking at a bright blue and yellow flower.

We were scouring flowers for the wedding, says Dapps, you boys can join us if you like. Wedding? Yes, the old king is to marry. But who? No one knows, some say Ltc. Ewww, reflexively says Omg. Aww don’t talk like that about Ltc, reprimands Dapps, as four go into the flowery field.

The more time together they passed, the more in love fell Eth with Dapps, and she too with Eth, we must say, for the couple was in cloud 324.

There, Ezpz tries to entangle, yet Bch knowing what’s up, keeping little Omg preoccupied, blocks his path, as the couple in the background kiss to a music festival of birds singing aloud.

Tis a love story. With the wedding held on the same day as the king, but Eth being cool, Dapps cooler, they managed to book Troye Sivan and the star of them all, Vitas.

The entire world thus descended on this very day in this year 2024, as winter once more begun to give way to love in spring.

The Ethereum Blockchain Now Has A 3D Rendering Engine