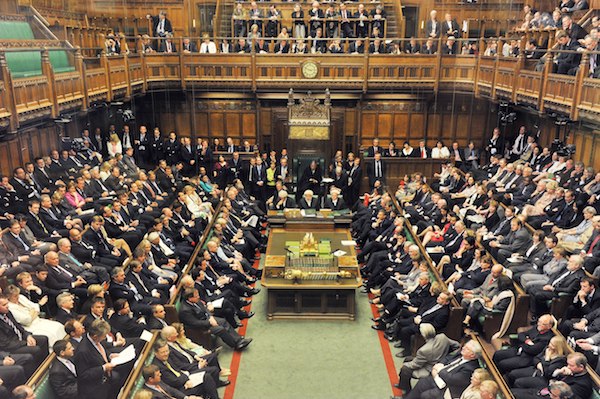 The Treasury Committee of the British Parliament has today launched a new inquiry on digital currencies and the underlying blockchain technology.

“The Treasury Committee will look at the potential risks that digital currencies could generate for consumers, businesses, and Governments, including those relating to volatility, money laundering, and cyber-crime.

We will also examine the potential benefits of cryptocurrencies and the technology underpinning them, how they can create innovative opportunities, and to what extent they could disrupt the economy and replace traditional means of payment.

The distributed ledger technology that supports digital currencies is said to have significant transformative potential, not least within the financial services sector.

Striking the right balance between regulating digital currencies to provide adequate protection for consumers and businesses, whilst not stifling innovation, is crucial. As part of the inquiry, we will explore how this can be achieved.”

This strikes a somewhat different tone to the Cameron and Osborn policy of encouraging Fintech innovation, which led to London being crowned as the Fintech capital of the world, with the industry booming in the capital.

Theresa May, the weakened British Prime Minister who worked at the Bank of England in her early career, has also stricken an almost aggressive tone, stating last month:

“Cryptocurrencies like Bitcoin, we should be looking at these very seriously, precisely because of the way that they can be used.”

The British civil service, however, has shown great foresight as far as this space is concerned and FCA’s work in forging cross-atlantic alliances that span the globe from Australia to America may well be a model to copy towards the wider economy once Brexit.

The inquiry, therefore, might not lead to much change in policy until perhaps the next election at which point the matter might be in manifestos, but for now it seems to have cross party support, with Alison McGovern, a Labour MP with no early career but politics who now sits in the Treasury Committee, stating:

“This inquiry comes at the right time, as regulators and Governments wrestle with recent events in cryptocurrency markets. New technology offers the economy potential gains, but as recently demonstrated, it may also bring substantial risks.

It is time that Whitehall and Westminster understood cryptocurrency better, and thought more clearly about the policy environment for blockchain technology.”

This inquiry is announced just days after the Senate House of Congress held its first crypto-hearing, which was generally seen to have gone well for this space, but we’ll have to wait and see how it’ll go in Parliament.