Is It Time For a Political Party? 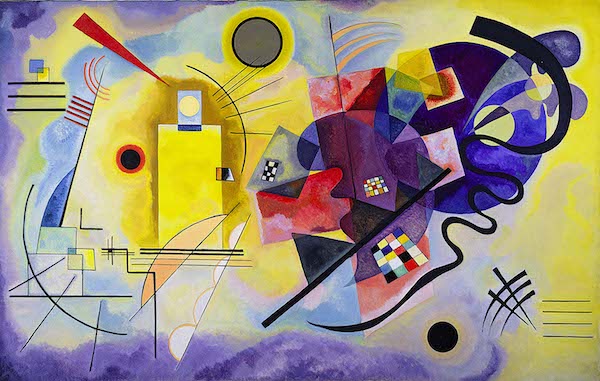 The millennial generation is unrepresented by a left and right divide that still operates based on party lines laid out at a time very different from ours some two centuries ago.

While then aristocracy ruled and a landed gentry were kings, now the rich are a diverse class, with some belonging to a tech elite of self-made money, others belong to inherited wealth, and yet others are a new banking aristocracy of printed money.

The British Prime Minister is a former banker. The SEC is run by a former bankers’ lawyer. New York itself, according to Adam Curtis documentaries, is in effect run by bankers who took charge after the city declared bankruptcy.

The prime example is the Securities Act, which prohibits everyone from taking part in value creation unless they are rich, but there are many other examples.

When we look around we see monopolies everywhere. Google, Facebook, a handful of banks, Procter and Gamble, around five supermarkets, and so on.

Economists tell us this is due to the economies of scale, but economists also tell us that as scale increases inefficiency does too due to nonoptimal communication networks. You would, therefore, except a balance, but except where innovation causes disruption, we see no such balance.

What we do see is monopoly everywhere. In some cases this is expected. You can’t have ten schools or hospitals in one neighborhood competing with each other. There’s a shortage of doctors or teachers as it stands. Nor can you expect ten roads or ten railway tracks.

Neither of these companies is doing anything innovative at this stage with their business models easily improved, yet no one does.

Wikipedia, especially, we have a gripe with. We certainly like the general concept, but reading a Wikipedia page is not much different than this:

Wikipedia engages in time theft by speaking in guild language that obfuscates knowledge under categorizations, specifications, or the use of non familiar words, which has the end result of not educating you at all, but keeping you uninformed.

Yet, it was everywhere when it launched, it is everywhere now, and no one seems to have even thought of considering whether it is perhaps rubbish and whether it can perhaps be done better.

Or whoever so considered it thought he had no chance because to do so requires up-front capital which banks won’t lend, VCs won’t lend, and ordinary people are forbidden from lending.

Thus we have capitalism in name, but communism in reality, for the centre-right engages in placing barriers to enforce a guilds economy.

Against that economy the centre-left riles up, rightly to some extent as show by the left gathering the support of around 50% in most democracies now and then.

Yet in riling up against the guilds economy they keep proposing the same unworkable suggestions of it all being run by a centralized government committee, which sounds appealing to some since they might get a bit more money from the government and since, in their view, whether it is run by the government or guilds makes no difference, thus they find no conceptual objection.

But that leaves in the middle the aspiring class, which do not want handouts, but do want to fairly earn their own keep, and wants to do so without barriers by either the government or guilds.

A rising class which is unrepresented because it is a very new constituency created pretty much in this century by a structural change in education and more importantly in awareness through connected global networks.

The millenials are no longer children. Some of them are going to the far right, some to the far left, but the more intelligent know neither works as both have been tried and have been proven to not work. Just as they know their friends are not making a choice, but defaulting out of frustration because they have no representation.

This generation is socially liberal, and with some exceptions, despises the identity politics which they see as divisive for if one tries to take advantage through preferential treatment enshrined in law due to whatever abstract categorization that has nothing to do with merit, offense is naturally found due to what history has taught us.

Yet the baby boomers, who currently are our superiors, relish those 60s fights they had and won, and like a broken record keep trying to fight them, despite a very changed world.

But what if something gets done? What if the digerati opts out of the left or right and forms their own centre? What if instead of listening to them bicker about the same issues they have been bickering for the past two centuries, the digerati stands up and bring something new to the table where the microphone stands?

We can dismantle their guilds by making it far easier for new banks to enter the market, or fintech companies, or for raising funds to create the next Google, or Wikipedia, or Facebook.

We can easily close the regulatory and tax advantages for global monopolies, we can repeal IRS’s double taxation, we can bring back capitalism, for everyone, not just the rich.

We’d have plenty of allies, even within current parties. And instead of being a one trick pony like the Pirate Party or UKIP, the digerati can be a wholistic view of modern society from economics to social issues with an emphasis on empathetic meritocracy.

Because it’s about time a new entrant made its way into the duo-monopoly of party politics and reinvigorated the stuck in the past and out of touch political system or we give way to the extremists on both ends due to the aspiring class being fed up.

And as far as this space is concerned, with our frontpage today filled with political regulatory news from UK, France and much else, there may be little choice now that global politics has descended. For we lead, or we are led.

We need not be spectators. We can be on the stage. We need not moan and complain, we can act and lead this generation which clearly wants far more than superficial change.

For the calls of fairness rise again as the millenials now stands on the verge of the levers of power, guided not by old intracts, but by new knowledge, from a new changed world, which those that guide it clearly understand not.

For they can not hear in their bubbles. Nor can they know, in their detached jurisprudence and banking careers. Thus take the digerati microphone and let them hear. Fill the party with coders and businessmen and let them understand the times are changing.

We can not have communism and we can not have nazism, nor can we continue having guilds capitalism. Would it not, instead, be nice to have empathetic meritocracism? A new digerati party that is not guided by left or right, but by the maximum ability to create value as long as no one is harmed.

Is such a party not inevitable? The party of the aspiring masses, which looks not down to them but lifts them up, not by just words but by bringing barriers down.