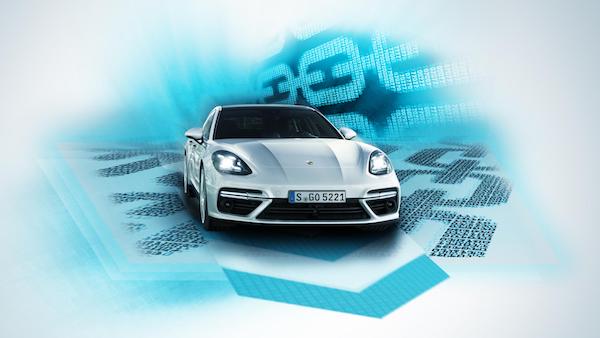 Its time has come. So says a video by Porche introducing their work on blockchenifying cars in a partnership with Xain, an ethereum based blockchain start-up that won a Porsche Innovation Contest.

“The car becomes part of the blockchain, making a direct offline connection possible – that is, without diversion through a server,” Porche says in a statement before adding:

“Taking 1.6 seconds, the process of opening and closing the car via an app is up to six times faster than before. In addition, efficient cryptographic encryption takes place.”

By using smart contracts, third-parties can be easily integrated without requiring any hardware, Porche says, with the blockchain technology further allowing temporary access to the car for, say, parcel deliveries.

“We can use blockchain to transfer data more quickly and securely, giving our customers more peace of mind in the future, whether they are charging, parking or need to give a third party, such as a parcel delivery agent, temporary access to the vehicle,” Oliver Döring, Financial Strategist at Porsche, says.

The company has tested a blockchenized app to lock and unlock a vehicle, for temporary access authorisations as well as for encrypted data loggings:

“Through auditable data logging, the data to be processed is encrypted locally in a distributed blockchain… With this basis, the future of autonomous driving will see improved functions on offer: Local data can be used to obtain regional learning effects, which can be shared securely with other vehicles. The customer can make use of swarm data, which is protected at the same time.”

In a video they show other use cases, such as potentially allowing cars to communicate with each other through smart contracts, or securely connecting cars to blockchenized charging stations.

The provided technical details are, however, sparse, but Xain has an interesting yellow paper where they describe the blockchain architecture.

The core of it is Ethereum, with its Turin complete capabilities and smart contracts, but the consensus method used is what they call a Practical Proof of Kernel Work.

The permissioned blockchain requires a whitelisting of nodes that can take part in the network. However, instead of all these nodes “fighting” with each other to find the next block, a node or a group of nodes is randomly chosen to do the Proof of Work calculations.

The “miners,” therefore wouldn’t need to engage in an arms race with each other, but only in a “race” to complete the proof of work calculations.

It appears this specific method was used rather than Proof of Stake because the blockchain has no token, therefore does not have something that can be staked.

It also seems to be a preferred method over Proof of Authority because a little bit of work might provide a little bit more security.

The general architecture, however, appears to be similar to ethereum. Therefore one could imagine the permissioned chain “communicating” with ethereum’s public blockchain just as one can image it could all somewhat easily be transferred to the public blockchain once it reaches the necessary scalability level.

As such, the car industry is now seemingly beginning to get comfortable with this new technology, so exploring its implementation within cars and perhaps other transport methods to see what benefits vehicles with smart contracts can provide to services and individuals.