Crypto,Editorial What Will Spring Bring? – Trustnodes

If you happened to miss an appointment today, then you’re probably American and showed up about an hour late. Although, now with digital clocks, those events are rarer than they used to be as time changes nowadays without us even noticing.

But a walk outside would make you notice the very soft wind and the enjoyable air of spring, for the season is pretty much here.

Having survived those short and cold days, we can now finally enjoy the season of love, when going out can once more be quite a bit of fun.

As far as this space is concerned, some say the moon’s cycles affect crypto prices. Some others say triangles do, with entire industries dedicated to the measuring of their angles.

If we were that whacko, we’d say seasons do, but we are not whacko, so we are not saying it. Yet, it is a new quarter, and a decent way to measure medium-ish term.

What we do know is that winter was the regulator’s season. A season which gave us the joke that goes something like: IRS/CFTC declares cryptos are commodities, SEC declares them as securities, FinCen as currencies, and whatever regulator might declare them as pandemics.

They’re all right and they’re all wrong at the same time, because cryptos have a bit of each, making them a new thing entirely.

But now they’ve said what they had to say, so that’s out of the way. Of course they may keep saying it again like the China ban meme, but their general approach is somewhat clear.

With that out of the way, we can perhaps be thankful to winter for clearing some transactions, giving us now twice the available capacity.

By us it’s meant mainly ethereum, because bitcoin quite strangely is still at max blocksize capacity while handling only 1/4th of its all time high transaction volumes.

But then winter clarified the approach bitcoin is taking too. Namely, as high on-chain fees as possible. So that’s out of the way as well and with it hopefully the entire blocksize “debate.”

Especially now that Bitcoin Cash is accepted pretty much in all places where bitcoin is, so they can stop bickering and get on with building.

On that latter front it’s ethereum mainly pulling the weight. We’ll probably cover in due time however many dapps there are so far. For now, we’ll give you two charts: 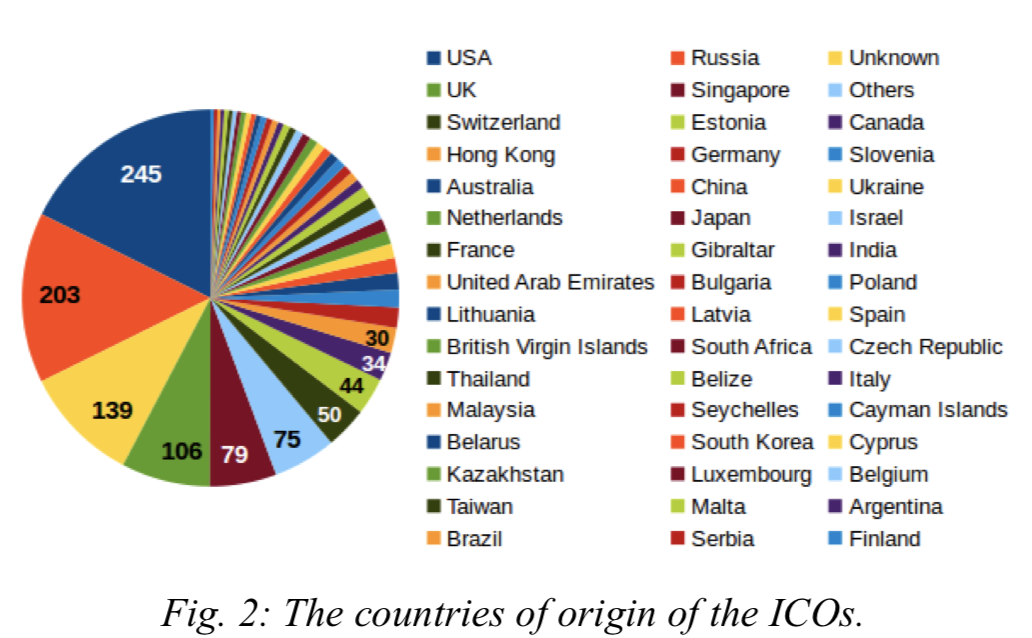 Apparently, American and Slovenian ICOs have the highest chance of success. Moon cycles we say, but did you notice Russia is the second biggest ICO country? Don’t tell Hillary!

It is slightly surprising that the ICO categories are so diverse to in effect cover pretty much all sectors. We were led to believe it is only exchanges and gambling, but it is clearly far, far more.

The vast majority of them, of course, are running on top of Ethereum. Network effects is one reason. The vast number of developers it attracts is another. 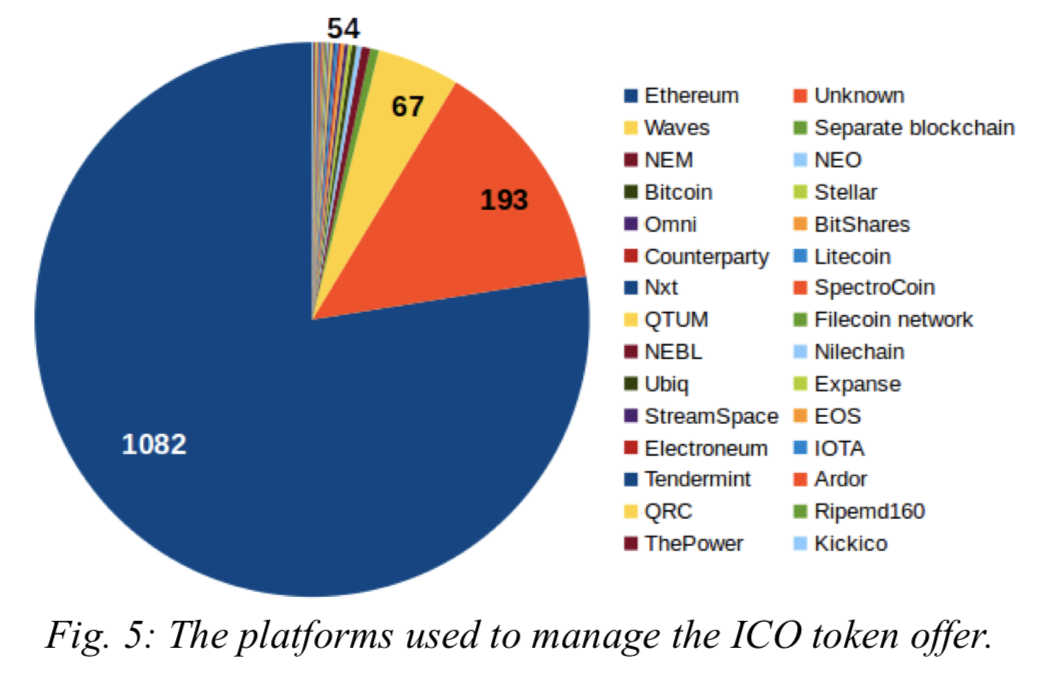 All of these dapps, and the billions that have gone into them, face the problem ethereum miners are not very keen to increase capacity beyond around 1.4 million transactions a day.

The main reason might be they want higher fees, with technical constrains used as a justification of sorts. Such as uncle rates, for which they get paid, seemingly justifying the thwarting of a very popular dapp, Cryptokitties.

A dapp that, had there been capacity, might have gone so viral even BBC’s ten o’clock news might have covered it.

But that’s winter, and of course all these dapps probably learned their lesson. So they’re starting to contribute to the scalability efforts and are getting more hand on with ethereum the protocol, rather than just the platform.

Winter therefore showed scalability might move a bit faster, and some dapps already have or will in spring deploy their own temporary solutions.

Our view is that while dapps should try and be a bit more clever to conserve space or somehow interlope with it without using it, miners should also increase capacity by some 10x to give breathing room until 2019 or 2020.

They are paid billions by ethereum holders afterall, while the blockchain size is barely 25GB. So there hardly appears to be much reason to not do so except 32kb is enough for everyone.

Whether they will remains to be seen, but ethereum itself is in a spring of sorts. The community is peaceful, tech focused, quite ambitious, with a clear roadmap and a place they want to go to.

Some of that applies to bitcoin and bitcoin cash too. With the debate so settled, they also have a clear road and, although animosities between the two remain, they’re fairly peaceful within their own communities.

So spring 2018 might be building time. A time when the ecosystem grows, its usage, its utility. When gradual and incremental improvements are made. When people actually use the thing for things in a crypto spring.