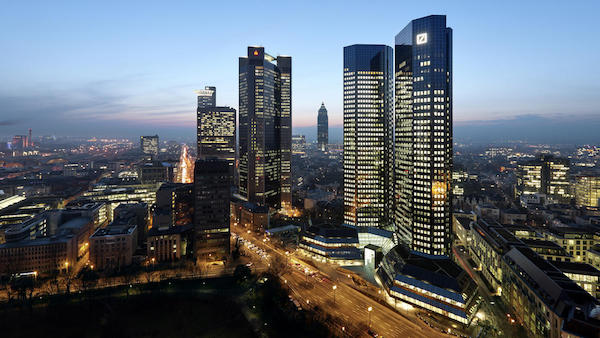 Deutsche Bank, Germany’s biggest bank, announced a net loss of $2.75 billion in the fourth quarter of 2017, $500 million of which was due to their own operations while the rest was due to regulatory fines. Or so they said.

They are justifying the huge reward for making a loss based on the fact other banks pay huge bonuses too, so they say they have to as well to keep or attract talent which so far happens to be burning money down the drain.

No worries though, the board of directors are only receiving a 13% rise, rewarding themselves the tiny sum of $35.83 million for just one year.

While the CEO now can’t afford avocado sandwiches anymore after taking a $500,000 cut, being rewarded only $4 million for the year he led the bank to nearly $3 billion in losses.

705 individuals were given $1.2 million each for their excellent performance during 2017, with the bank’s achievement in growing their losses so astonishing they more than doubled the number of employees that get paid more than a million in just one year.

No regulator passed any comment on the matter as far as we are aware. No politician brought up terrists or consumer protection or the “real economy” and no mainstream media article was shouting bubble.

In fact, we can see signs of outrage no where in sight. No outrage that these individuals subsidized by taxpayers due to their privilege of printing money rewarded themselves $3 billion and called it a loss.

But perhaps the people of Switzerland will have something to say about it in a binding referendum on June the 10th which is to decide whether these bankers can keep on taking billions of our money as reward for their losses.

Because they are to decide whether commercial banks will be allowed to create new money by simply choosing whether to make a loan or not.

You’d think that in the absence of such legal counterfeiting they wouldn’t quite be able to give themselves billions and call it a loss as if nothing, because the laws of gravity would apply.

Laws that clearly do not apply in this bizarre industry where one quadruples the rewards for making astonishing losses even while their business is literal “money” printing.