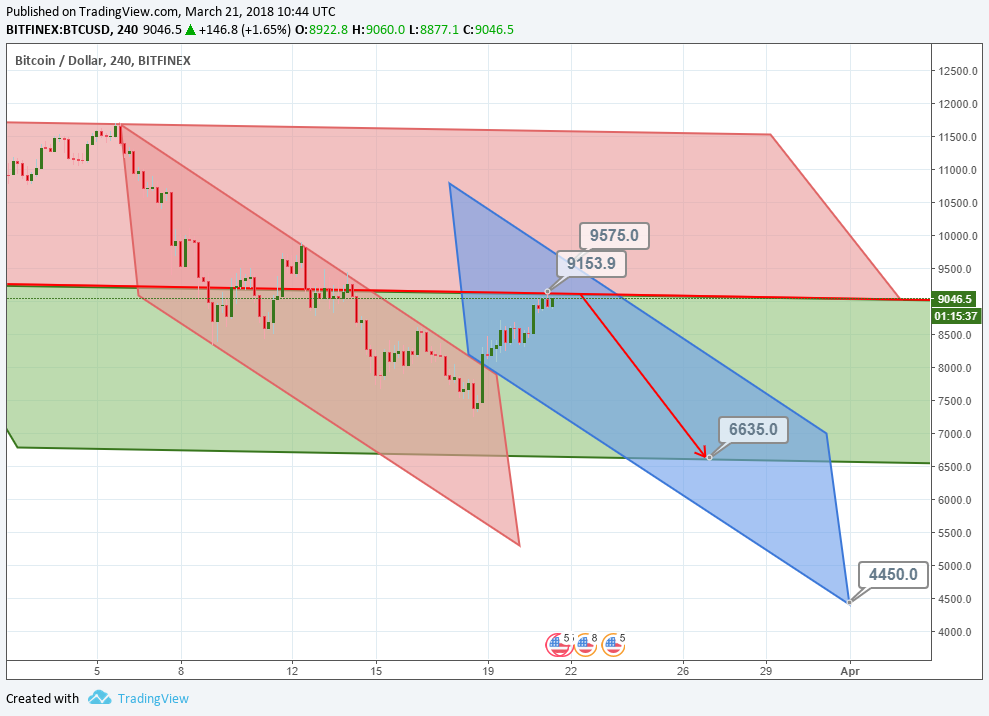 On H4, Bitcoin broke out the mid term support, which now became resistance, but the price failed to reach the projection channel support.

The latest downtrend is meanwhile in correction. The price has moved to the upper projection channel and is heading to its resistance at $9,575, while another important resistance at $9,153.90 is being currently tested.

Once the upper correction is over, a new downtrend may form inside the current projection channel, with a target at $6,635. 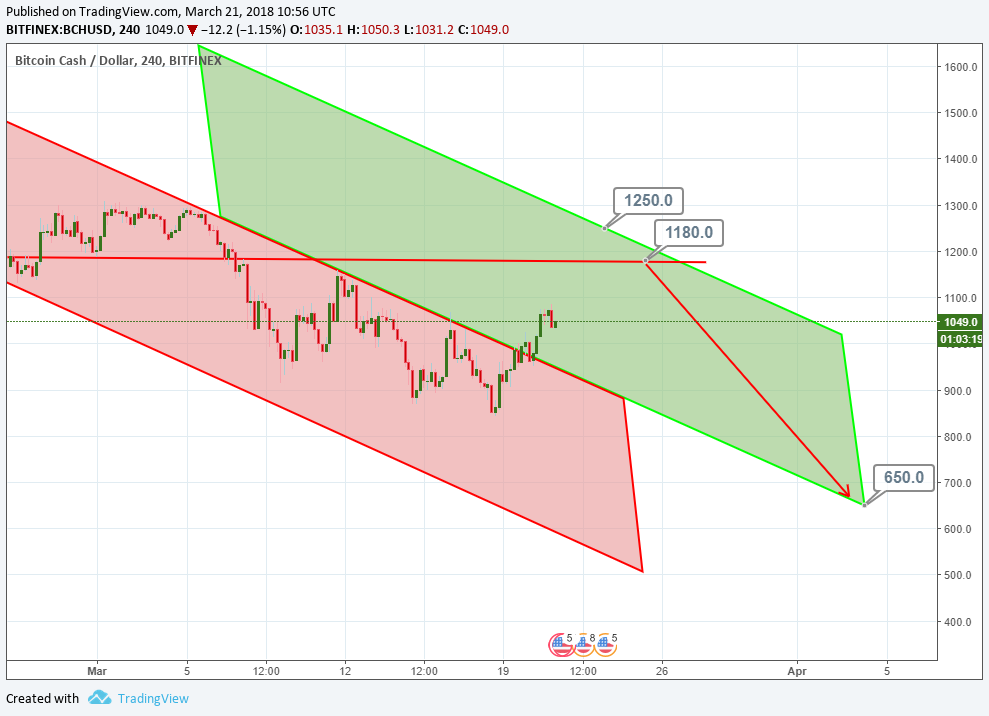 Bitcoin Cash is currently experiencing a correction within a mid term downtrend. Technically, the short term downtrend is over after the resistance breakout, and the price is now in the upper projection channel.

The targets of such corrections may be around $1,180 and $1,250, i.e. between the projection channel resistance and that of the mid term trend.

Chances are that after the targets have been achieved, the price may bounce off the resistance and head downwards to the support at $650. 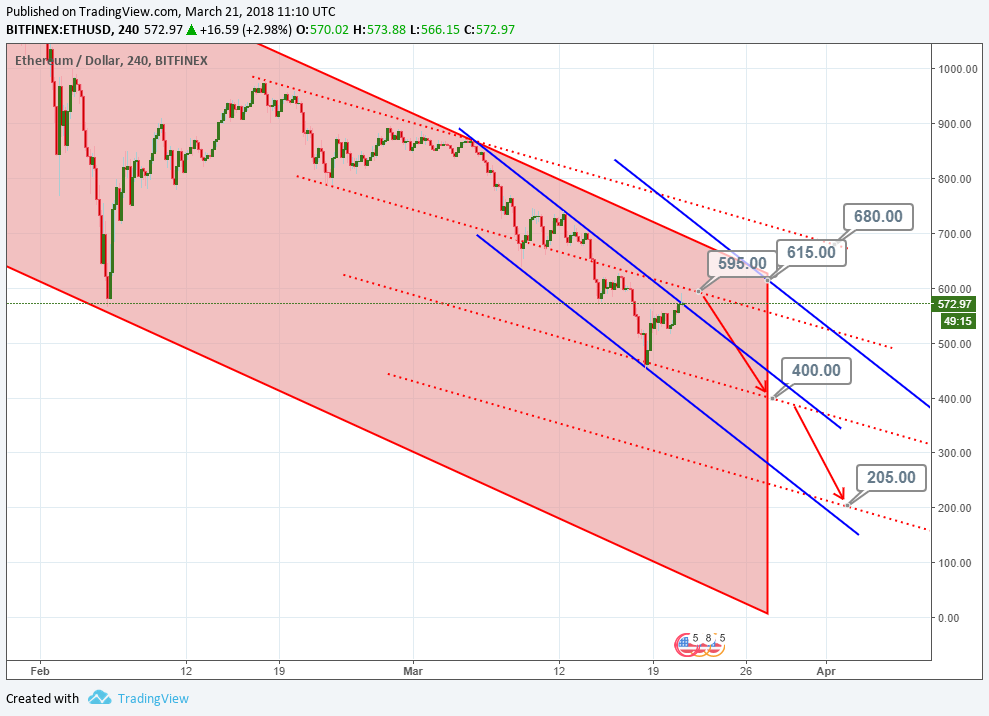 Ether is still forming a downtrend in the long term, while the mid term downtrend may start correcting upwards.

After bouncing off the lower projection channel support, the price is headed towards its resistance at $595. Once this level is taken over, the price may go up to the previous channel and its resistance.

Bouncing off the resistance is also possible, and this will confirm the strong downtrend momentum and allow the price to head down in a more speedy way. In this case, the first target will be at $400, and then, if broken out, the price may head to $205.

Meanwhile, in the short term there’s some potential for the price to rise till $615, which would be the latest local downtrend correction. 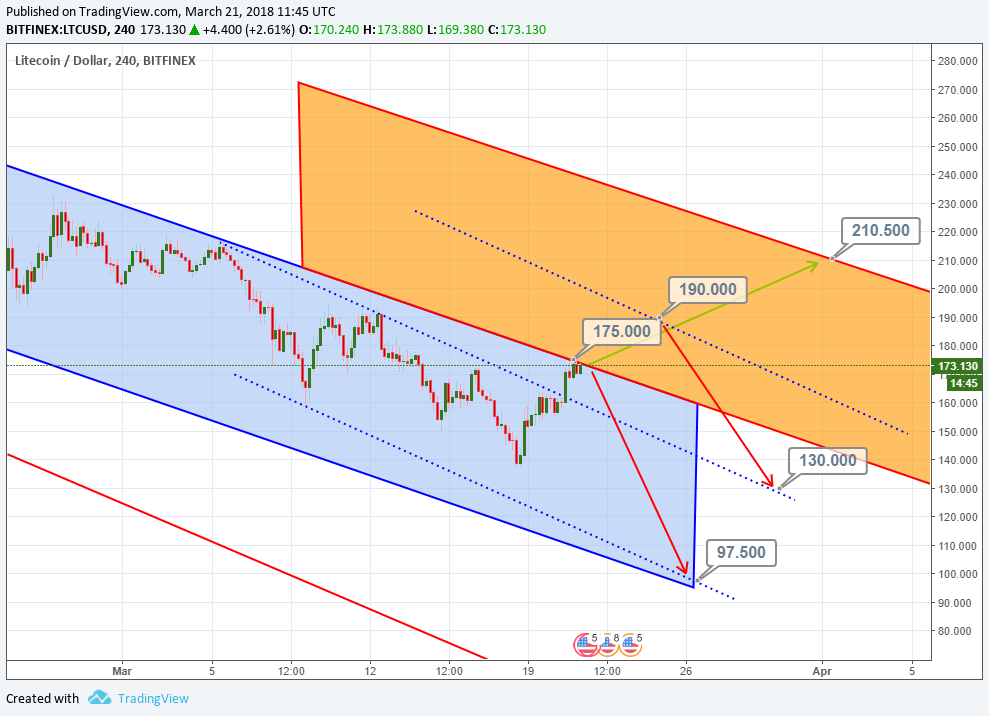 Litecoin is currently testing the descending channel resistance. If it gets broken out, the price may head up into the projection channel around $210.50.

What we have now may be followed with various scenarios. The resistance bounce-off may form a new downward impulse inside the current channel, the target of such an impulse being the support at $97.50.

As per H4 chart, the short term downtrend is over, as the resistance has been broken out, and the target of the new uptrend may be at $190. This can also become a pivot point, having achieved which the price may fall to $130. 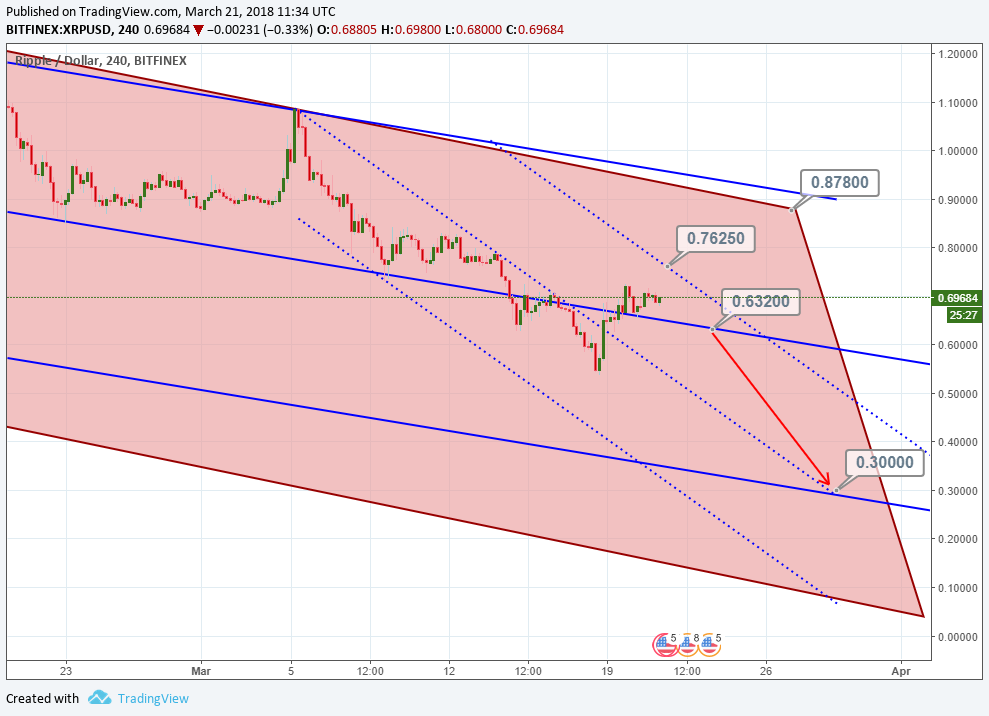 A descending trend is still prevailing when it comes to Ripple. The last midterm downtrend was interrupted by the support breakout, with this support still being tested. When the test is over, the price may move down to another support at $0.30.

Conversely, if the price returns to the previous channel, the buyers may raise it to the major channel resistance at $0.8780. As for the short term outlook, Ripple may go up to $0.7625, within the previous downtrend correction.