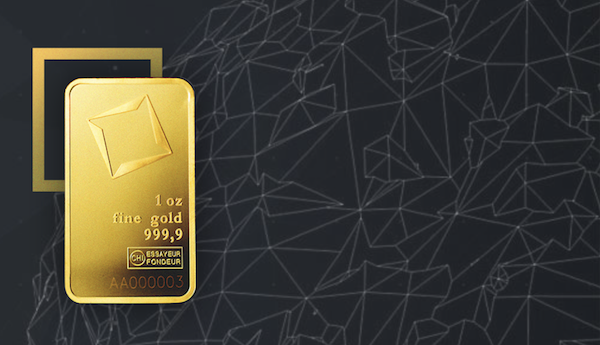 On or around April 5th 2016 Digix raised some 500,000 eth, then worth around $5.5 million, for an ambitious project of tokenizing gold that had two parts.

To ensure one DGX is indeed one gram of gold a complex process is used that in effect merges ethereum’s blockchain and its smart contracts with the real world. As described at the time:

DGX tokens are created through a ‘Minter Smart Contract’ by using Ethereum’s smart contract platform with each token representing 1g of gold and divisible up to 0.001g.

A PoA Asset Card is further created by uploading through a smart contract onto Ethereum such information as the time stamp of the card creation, the gold bar serial number, purchase receipt and audit documentation, allowing for full transparency and verification as well as allowing a DGX token holder to redeem the token for actual gold.

According to Digix’s whitepaper, a further triparty system is used to secure the gold with ValueMax Singapore, a publicly listed company, supplying the gold, with Bureau Veritas Inspectorate carrying out quarterly checks on the quality and quantity of gold in the vault and MalcaAmit providing secure physical storage.”

You purchase a gold bar through participating vaults by undergoing a Proof of Asset process, with a minting function then allowing you to convert those gold bars into tokens and vice versa.

Making it quite liquid in both directions and potentially an easy way of either investing in gold or commercing in gold once a sufficient number has been converted.

For now, it is 1,400 such tokens according to their smart contact, with the initiation of the conversion process so announced earlier today.

This is the second stable coin project that made part of the first wave of ICOs back in 2016. The other one is MakerDAO, which says they are:

“Proud to announce that after more than 2.5 years of development the Maker community is finally able to release its first decentralized stablecoin system.”

They should indeed be very proud for their coin has been able to maintain a surprising level of stability for a very new and very complex project:

Dai uses complex algorithms to maintain stability without a peg or asset backing, described by Daniel Brockman, one of the Lead Developers of MakerDAO, as:

“[W]hat the stability mechanism does is to adjust the deflation rate of the dai up or down depending on whether the market price of dai is too low or too high; the deflation rate in turn slowly affects the target price of dai (which is the price used to determine collateral ratios and liquidation events); these adjustments are designed to produce negative feedback loops that induce the market to enforce the peg around the target price.”

The above two projects thus address one of the main criticism against cryptocurrencies: their high volatility. One does so by backing it to gold, the other does so algorithmically.

Their task now is to persuade exchanges to offer dai and dgx trading pairs against most of the major cryptos, on top of persuading merchants and others to use it for commerce.

Moreover, for dgx it could be just an investment in gold, while for dai they might be breaking ground in new economic monetary experimentations of maintaining stable unbacked currencies.