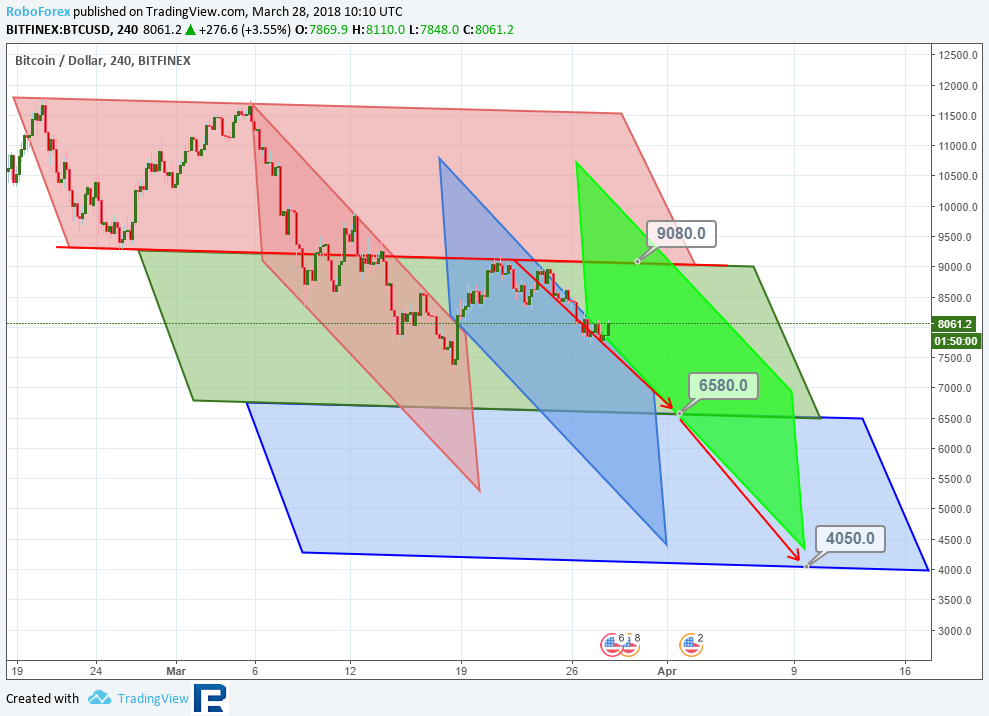 Bitcoin H4 chart is barely changing recently. The price has tested the $9,080 level, then it bounced off and rushed to the sideways channel support at $6,580. This makes one think that the sideways trading is here to stay for some more time.

In the short term, meanwhile, the micro channel resistance may get broken out, after which the price may come back to test $9,080.

Moving forward, the target support at $6,580 may get broken out, and the price may move to the next projection channel to reach $4,050. 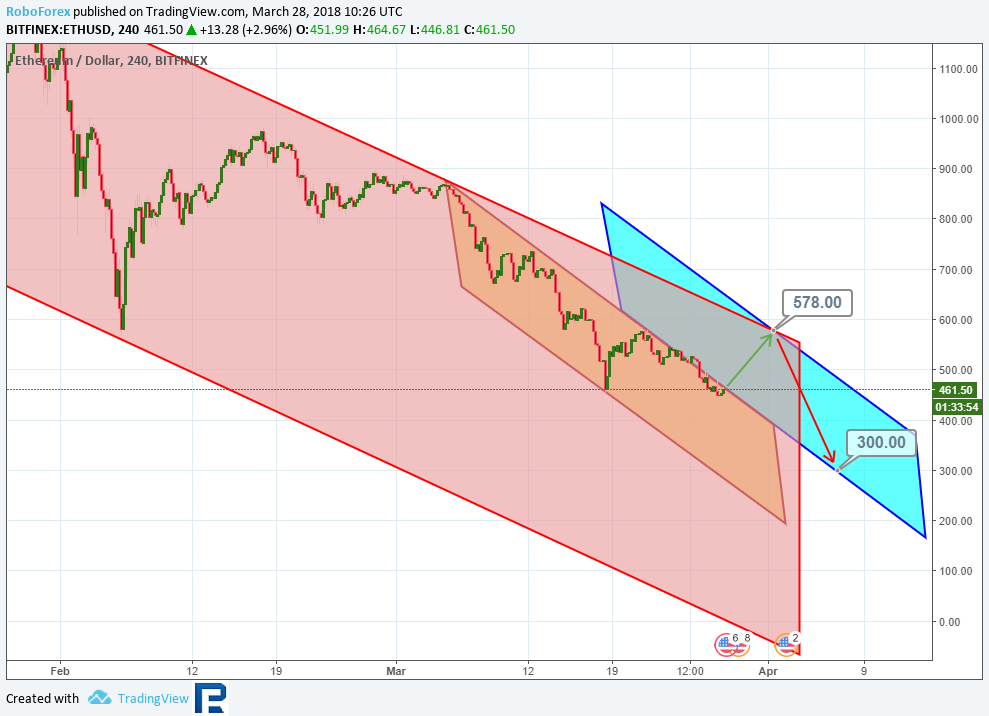 The major Ether trend is still within a steady descending channel. Still, the price is making new lows in a somewhat reluctant way. The market is meanwhile testing the short term descending channel resistance.

The most likely scenario for the nearest future will be the resistance breakout, with the price then heading to the upper projection channel resistance, which coincides with the long term channel one, at $578.

After this level has been tested, a new downward wave may form, with the price reaching the projection channel support at $300. 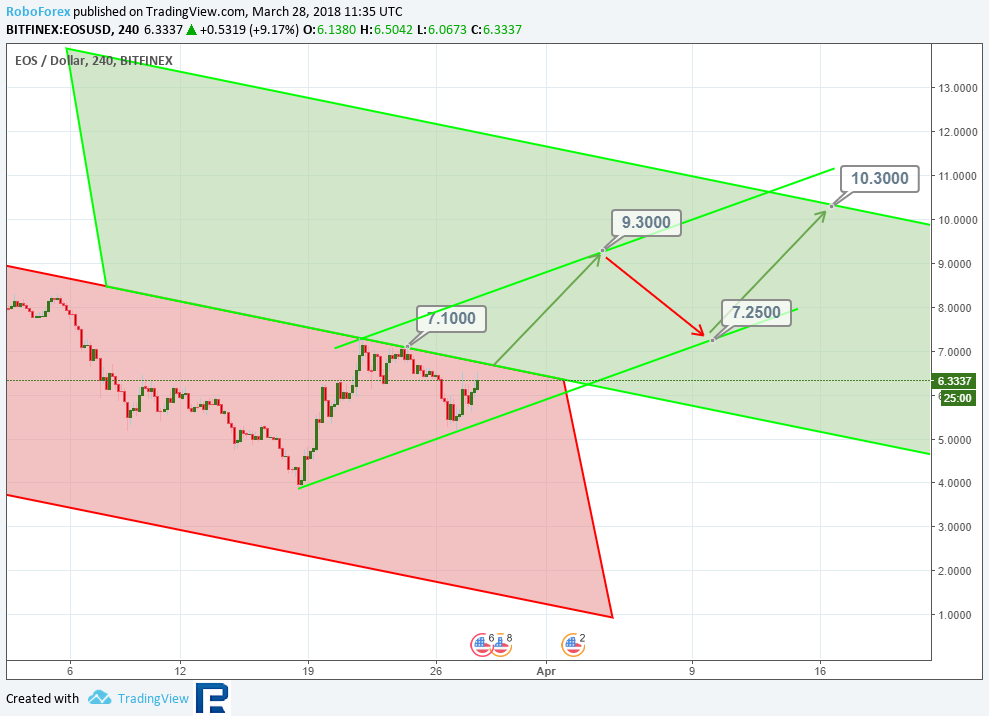 Technically, Eos looks like one of the most attractive cryptos out there, and this is because of the current downside channel configuration.

The special thing about it is that the price, while making new lows, did not test the support, while did test the resistance a few times.

The overall situation shows that a reversal is coming. The first signal for that will be major channel resistance breakout at 7.10.

With higher lows, the price is forming a new upside channel. The major mid term goal after this resistance breakout may be the upper projection channel resistance at 10.30.

The primary impulse after this breakout will head towards the short term channel, around 9.30. Then, a pullback towards the support at 7.25 may follow. 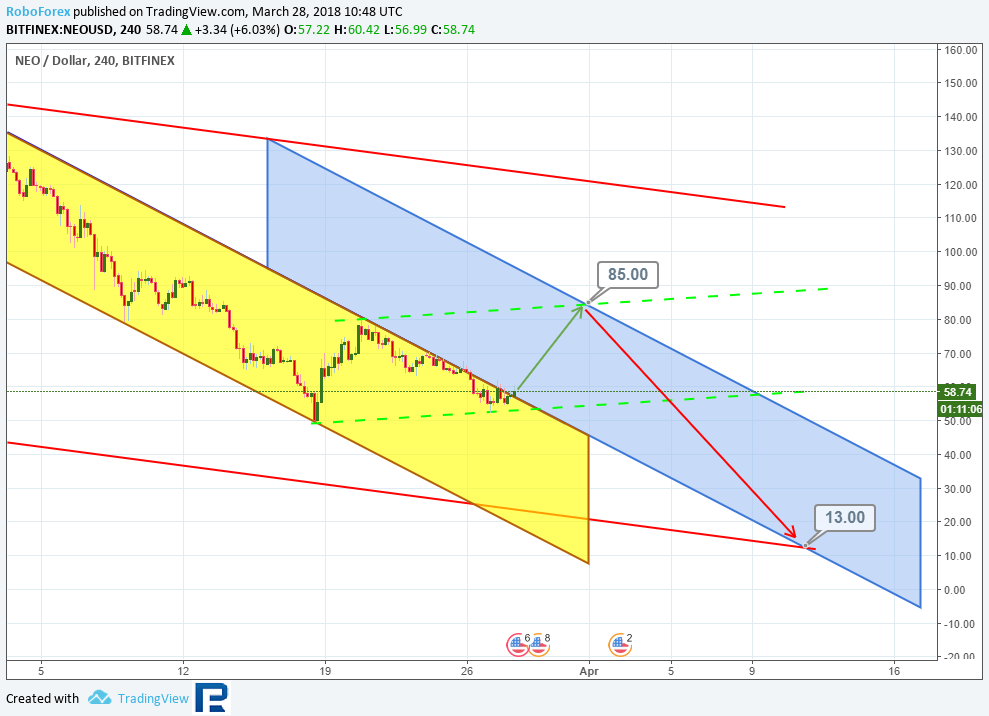 In the long term, NEO is still downtrending. While the short term trend is descending, too, it may revert soon.

The price persists in testing the current channel resistance, which can result in a breakout and the price going to the projection channel towards the resistance, to 85.00.

What will happen next depends on whether the price will bounce back from the resistance, head down to the projection channel support, and form a new downward wave pulling the price to the long term downtrend support. This way, the primary target of the major trend may be at 13.00. 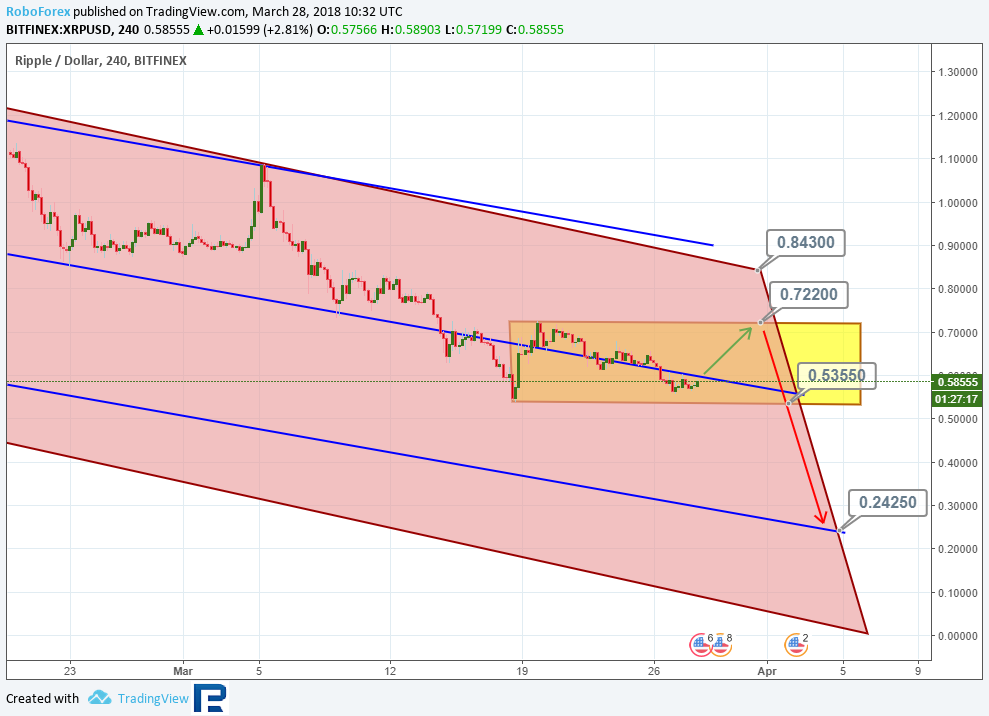 A descending trend is dominating when it comes to Ripple, with the price testing the support of the previous trend, which is now the resistance of the new one.

This all points to a sideways trading pattern forming. In the short term, the price may head up to the local resistance at $0.7720.

If it then bounces off this resistance, a new downward movement may start, with the price heading towards the new channel support at 0.2425.

Still, this scenario may be possible only in case the price manages to break out the local support at $0.5355.